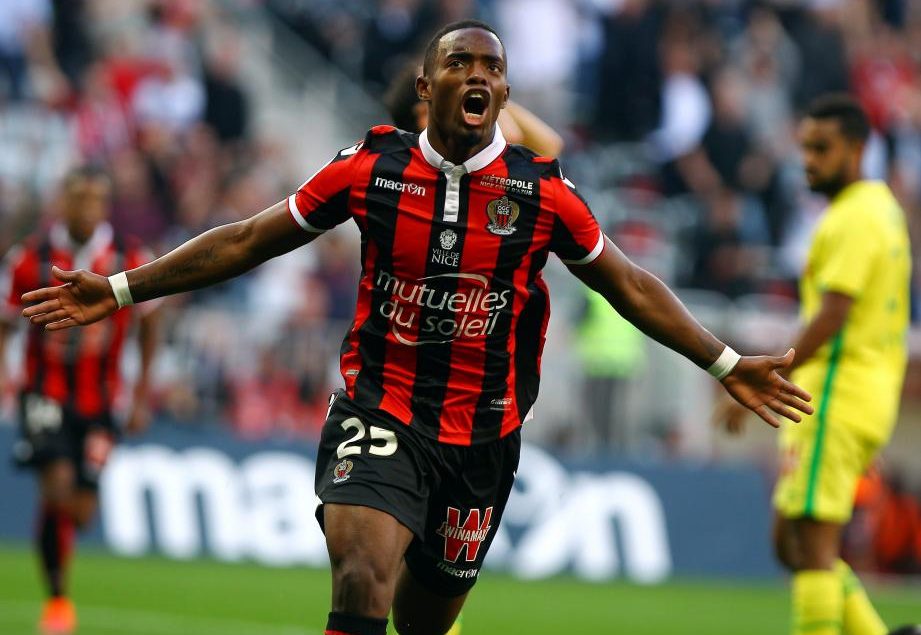 As the Ligue 1 title race heats up nearing the last third of the season, all eyes are squarely on the typical battle between Monaco and Paris Saint-Germain. However, only 3 points behind Monaco—and level with PSG—sits an unlikely challenger, who many overlooked at the beginning of the year. Despite a fourth place finish last season, Nice was partially written off by the loss of their undoubted star and top scorer, Hatem Ben Arfa, who left to a Paris on a free transfer. This, along with the loan return of Valere Germain to Monaco, severely depleted Nice’s attacking resources. Early on, Lucien Favre relied on the firepower of Mario Balotelli, who was signed on a Bosman transfer from Liverpool, and Younes Belhanda, on loan from Dynamo Kyiv, in order to replace their stars who had left for their now-title challengers.

Despite attacking firepower being the main concern at the start of the year, the formidable midfield pairing of Vincent Koziello and Nampalys Mendy that had brought such stable success under Claude Puel was also disrupted by N’Golo Kanté leaving the Midlands for London. In an attempt to replicate the success of Kanté’s move from Caen, Leicester City opted to bring in Mendy as a like-for-like replacement. Although Mendy’s move hasn’t worked out as well as any party would’ve hoped, there was a void to be filled in Favre’s starting XI, and up stepped an unknown 22-year old from a recently relegated Lens side: Wylan Cyprien.

A former Paris FC and RC Lens player, Cyprien slotted flawlessly into Favre’s new 3-5-2, sitting directly in front of the back 3, and dictating play from deep. A box-to-box midfielder by trade, he can also be deployed as a right winger and a defensive midfielder—his most used position this season. A press-resistant defensive midfielder—evident by his 87% take-on success rate (63 attempted)1—Cyprien is comfortable receiving the ball with his back to goal, using his supreme combination of technique, balance, and agility to turn and beat two men before finding a teammate with a sublime pass to shift play and start attacks. His vision and ability to break the second and third lines of the opposition have made him an invaluable asset to this Nice side, as his 1176 forward passes (out of a total of 1719 completed) at an 89% completion rate suggests. Comparable to players such as Roque Mesa of Las Palmas and Leandro Paredes of Roma, Cyprien occupies the space just in front of the back 3 (or back 4), and is fantastic at transitioning play into the next stages of buildup.

As Favre transitioned into a 4-3-3, Cyprien continued to thrive in his role—similar to the one that Adrian Rabiot is currently being deployed in for PSG—but one important thing separates him from other successful registas: his ability to bomb forward and produce in the final third. Arguably, he is at his best when he is making surging runs, both with and without the ball. In just 33 appearances for Nice this season, he has 9 goals and 3 assists3—a significant upturn in production from his previous 4 years in professional football. He has also created 26 chances in 27 Ligue 1 games, 23 of which led to a shot by a teammate. This chance production comes from playing as the deepest in a 3-man midfield, but he is aided by the work rates and positional intelligence of teammates Jean Michael Seri and Vincent Koziello, who cover him when he bursts forward. On top of his skillful dribbling and passing, he also has a penchant for striking the ball with significant power while also having an impressive accuracy as 35 of his 50 shots have been outside the area, with a 51% shot accuracy rate and 3 goals scored from outside of the area.

While flying under the radar despite a superb season, Southampton are currently targeting Cyprien, according to reports in France and England3. He currently holds the highest Squawka Performance Score of any midfielder in France, and ranks 6th among midfielders in Europe’s top 5 leagues with 943. It’s easy to see why Cyprien has become so integral to Favre’s title challenging Nice side as his ball retention, efficiency in transition, and attacking prowess from a deep position dictates the way the team performs. And although he isn’t a big name like Balotelli, suitors may be coming sooner rather than later for the dynamic Frenchman. At a current market value2 of €10 million, he’s a potential gem in the making for anyone willing to splash the cash.

Despite his nasty injury yesterday, Cyprien has established his reputation as one of the best promising midfielders in Europe, and if he recovers in time for summer, he’ll have his fair share of suitors. In what seemed like a one-man team on so many occasions this season, Cyprien’s injury likely marks the end for Nice’s pursuit of L’Hexagoal.