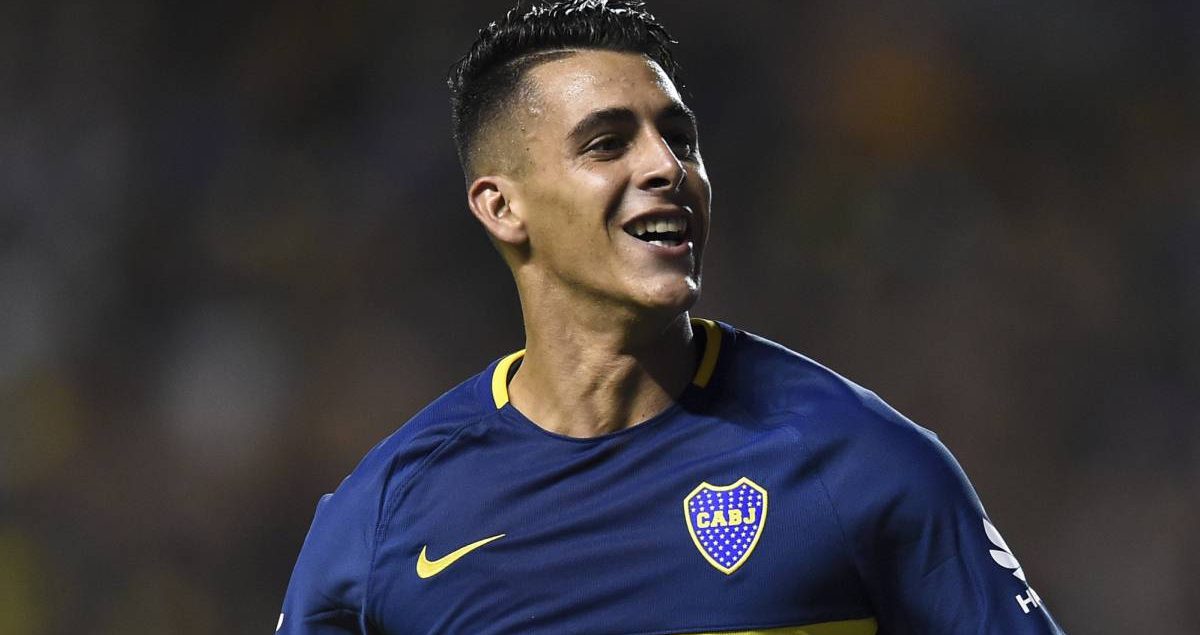 Shortly after Huddersfield Town won their promotion to the Premier League, they were linked to Cristian Pavón. Everyone kept asking me who is this player and what does he bring to the table? Frankly speaking, we’re aren’t too sure just how far this was true. But if David Wagner in any way was keen to sign a player, then that’s going to keep me intrigued, to say the least.

Several months later, after a successful first year with Boca Juniors, the time was right for him to be included in the national team set up. Jorge Sampaoli called him up for Argentina’s tour of Russia last year. Pavón didn’t take that long to show what he can do for his country.

Coming from the bench for Eduardo Salvio, he linked up well with Messi to assist the winning goal of the game. Pavón whizzed through from the right after receiving the ball from Leo, and provided the cross to Agüero. The Manchester City striker hit the ball perfectly before heading in the goal from the rebound.

That performance earned him a start in Argentina’s next match against Nigeria. Pavón seized the moment with both hands, providing another memorable assist. He made a blistering run from the right before slotting the ball to Agüero. The City striker made no mistake again with a calm left footed finish.

Thanks to those performances with Argentina, Pavón’s reputation has only grown ever since. The 22 year old has also been receiving admiration from across the Atlantic. Arséne Wenger has been monitoring his progress and was keen to bring him over to London in January. Though the move didn’t materialize, the esteemed response from the former Arsenal manager means this is one player to look out for in the near future.

Pavón has the adroitness to play as a winger on both sides of the field, as he is comfortable using either feet. Naturally as a right-footer, he is often deployed on the right where he can be very effective. A testament on his two assists for Argentina, as we have mentioned earlier.

But if needed, he can also play on the left side. He has the resourcefulness to cut inside and strike or cross with his sturdy right foot when necessary. Either way, his colossal talent in using speed to find space in a short burst situation makes him a potent attacker.

Another hallmark of his game is that he is also a superb dribbler. When going forward, he can be an efficacious creative force for his team. All in all, it’s no surprise on why he had the most assists in the Argentine Primera Division last season.

There are some sides to his game that needs to be improved. His total tally of seven goals in all competitions last season isn’t very encouraging. His decision making when running down the flanks needs to be more timely and precise. Additionally, he tends to waste key goalscoring opportunities, and he must rectify this in order to make it at the top level.

But make no mistake, Pavón’s overall game has proven that he can contribute in abundance in other aspects. Even in an off-the-ball situation, he can be a sedulous player when pressing the opponent deep in their own half to win the ball back. Plus, he is regularly seen dropping down to help his full back when necessary.

Sampaoli may have made a censorious decision to leave Mauro Icardi out of Argentina’s World Cup squad. But it is Pavón’s compatibility and skill which warranted him a place for the trip to Russia.

Since donning the famous blue and gold jersey, Pavón has done enough to win the hearts of the Los Xeneizes faithful with his display. It obvious that a footballing talent like himself would have high aspirationS to play at the highest level. Europe seems to be beckoning for his talent, but the paramount question now remains is where and when?

The World Cup is the perfect platform for him to showcast his talents when everyone in South America. Playing alongside with Messi can only elevate his stature. A breakthrough performance for his country could only mean that clubs in Europe will be prepared to meet the demands of Boca. It’s just one of the reasons why Pavón is one of the players that football fans should pay close attention to in the World Cup.