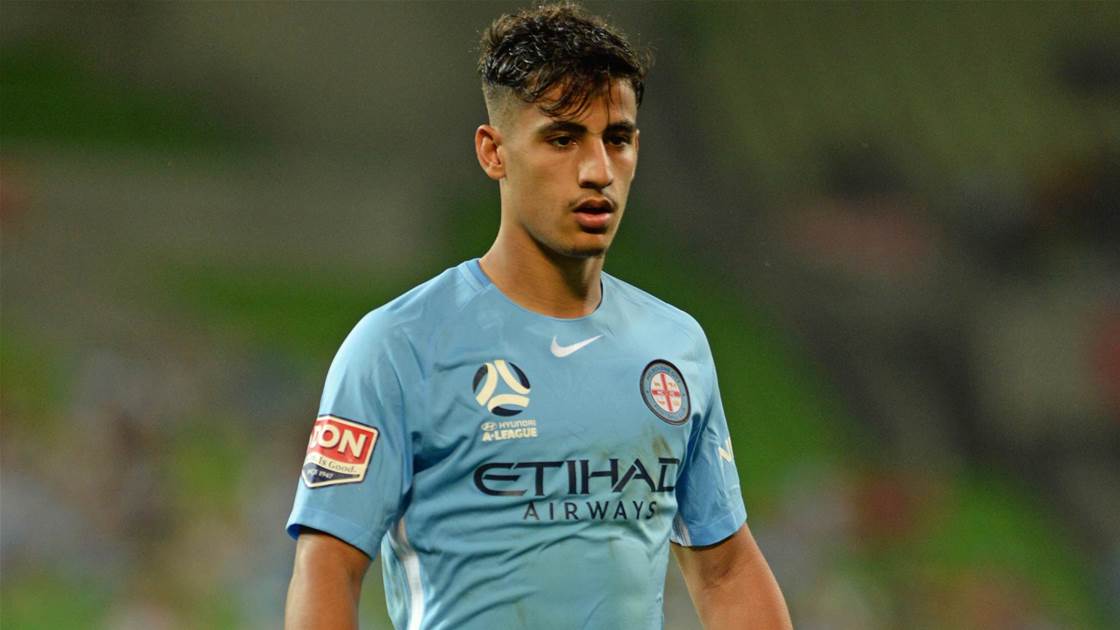 Yet another graduate of the ever-so-popular FFA COE, Iranian-born winger Daniel Arzani is the youngest player in the Australian World Cup squad. He’s not even 20 years old, and the fact he is going to Russia is a rare feat for an Australian.

However, the national media has been raving about him and they would have gotten on the Socceroos’s backs if he made the preliminary team, but not the final squad.

So just who is Arzani? He was born in Khorrambad in Iran in 1999, and he moved to Sydney when he was seven years old. There were two professions that interested him. One was being a neurosurgeon and the other, of course, being a footballer. He revealed in an interview that when he was asked in high school which he’d prefer, he said he’d like to be both. His principal told him to not try to do both, and ultimately he decided on football.

Arzani started his senior career when he joined Sydney in the 2015-16 season as an FFA COE graduate. He was still a U-17 player and didn’t get much playing time in the first team. Arzani earned minutes in Sydney’s reserves playing in the NPL (National Premier League). He joined Melbourne City in 2016 and didn’t make many first-team appearances yet again, spending it mostly at Victoria in the NPL. He also played matches for the Australian U-17 and U-20 teams, but wasn’t held in high regard there, either.

It wasn’t until 2018 where Arzani began to really kick off as a footballer and really show what he was made of. He only had two goals this season for Melbourne City but he contributed a lot in the build-up play, got a number of assists in the season and was a livewire in attack. Every time he ran at the opposing back line, a defender would be left on the ground as he created a dangerous play for another attacker (in this case, Fornaroli and Kamau). Arzani’s speed and ability to control the ball are very nicely complimented with each other. He’s fast, has the right mentality of always driving forward and is capable of leaving players on the ground.

To put it in other terms, he would have five-star skill moves on FIFA as that is how he is in real life. One of Arzani’s biggest weaknesses is that he’s still a little bit raw. This is because the end product is solid, but at the same time you won’t get him on the stat sheet a whole lot and that is because of his low scoring output. He definitely has the capability to score, but often tries to win a penalty or attempt an inside pass. He’d be more complete if he also took more shots.

So what’s next for Arzani? He’s unlikely to start but he’s got a World Cup ahead of him as the youngest-ever player for the Socceroos and Bert van Marwijk has given him faith as the Dutch coach is clearly impressed by what he’s done at Melbourne City.
Even if van Marwijk is to be replaced by Graham Arnold after the World Cup, he’s paving the way for the next crop of players.

The next step for Daniel Arzani after the World Cup is to earn a move abroad. He’s left everyone in the A-League flailing on the turf and gave a good account of himself in Australia. Now he’s got two choices. The first is to either impress at the World Cup and attract interest from clubs abroad, or go the Aaron Mooy route and move to Manchester City. He will likely go on loan at that point and then hopefully find a club that likes him enough to purchase him, like Mooy with Huddersfield Town. Arzani could always try to win a spot at City in the coming years, but that’s proven difficult for many.