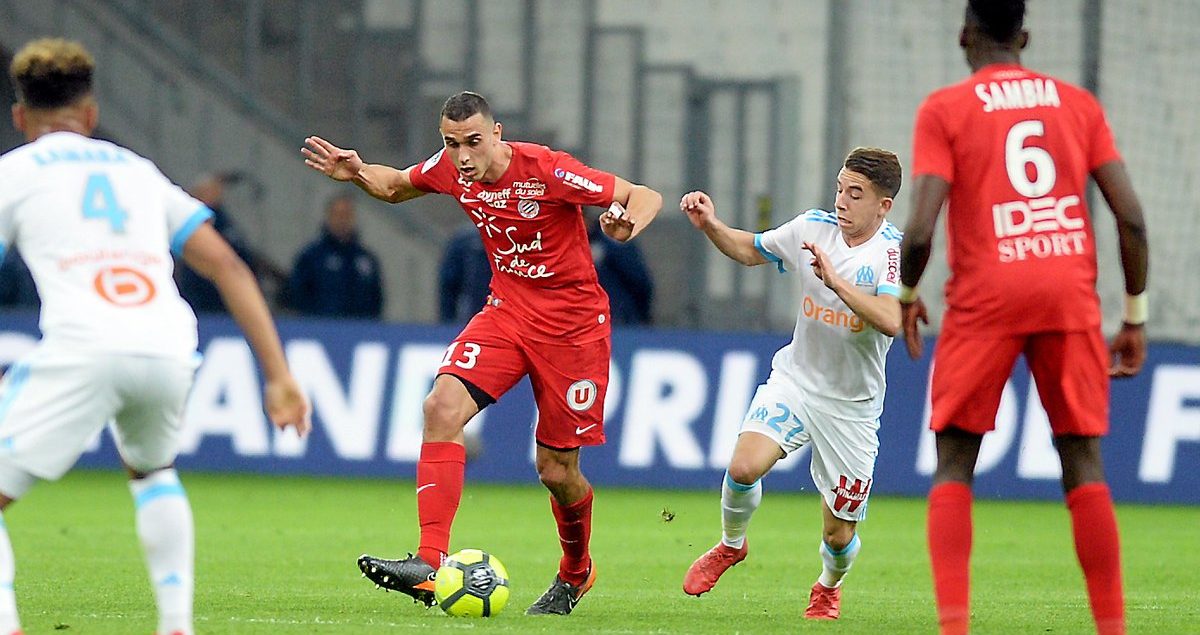 After breaking out onto the scene for Montpellier back in 2015, Ellyes Skhiri has the opportunity to lead Tunisia where they’ve never been before. Grouped together with tournament contenders England and Belgium as well as World Cup newbies Panama, Les Aigles de Carthage face a tall task ahead to get out of the group – yet showed signs of progression in their narrow defeat in the opener. With Skhiri at the base of midfield, Tunisia proved hard to break down and will look to bring that into match-day two against a high-flying Belgium side.
Skhiri moved to France at a young age and made his way up the Montpellier youth ranks until he eventually featured for the first team three years ago.

From his youth days, the 23-year-old shuffled around the midfield until he finally settled in as a deep lying playmaker, all-while maintaining his versatility. Equally capable of breaking up play as he is distributing the ball, Skhiri will prove to be quite the asset in Russia for Nabil Maâloul’s side.

In his World Cup debut against the Three Lions, the Tunisian international was tasked with anchoring the midfield and impressed in front of the back four, shielding his side from various English forrays. If you hadn’t known it was his first appearance on the world stage, you wouldn’t be the wiser. Against Southgate’s men, Skhiri exuded the confidence of a veteran and registered four tackles as well as an interception.

More importantly, the Montpellier man completed more than 85 per cent of his passes, highlighting his ability to create from deep. Considering it was only his second appearance for the senior national team, there is still plenty of room for growth – a positive prospect, indeed. While Tunisia eventually fell short due to a late stoppage time winner from Harry Kane, Skhiri and co. proved to be a handful when in full flow.

At the club level, Skhiri had been a set starter for the past two seasons and has already made 86 appearances for the French outfit. This year proved to be the Tunisian’s most productive year in Southern France, scoring four goals and assisting one and has added a new-found level composure to his game. While he has a penchant for a poorly-timed tackle – as evidenced by his eight yellow cards last season – Skhiri takes no prisoners in the middle of the park and intelligently commits tactical fouls regularly.

His accomplished form at the club level has led to interest from outside the peninsula with Serie A side Fiorentina currently leading the pack. With Milan Badelj leaving the club on a free, La Viola have pinpointed the destroyer as their ideal defensive midfielder. In the past, Fiorentina have had success with Ligue 1 exports as seen through their recent moves for Jordan Veretout and Valentin Eysseric. Should he continue his positive form at the World Cup, Montpellier will likely hold out for more, and rightly so.

With a game against a free-scoring Belgium on deck, Tunisia will have to be at their very best in order to get a result. Luckily for them, the theme of the World Cup so far has been effective set-piece taking sides grinding out results due to concentrated defensive efforts. If Tunisia stand any chance at getting out of the group stages – something they’ve never done before – they’ll need to be exactly this on Saturday. And make no mistake about it, Skhiri will have to be at the heart of it.