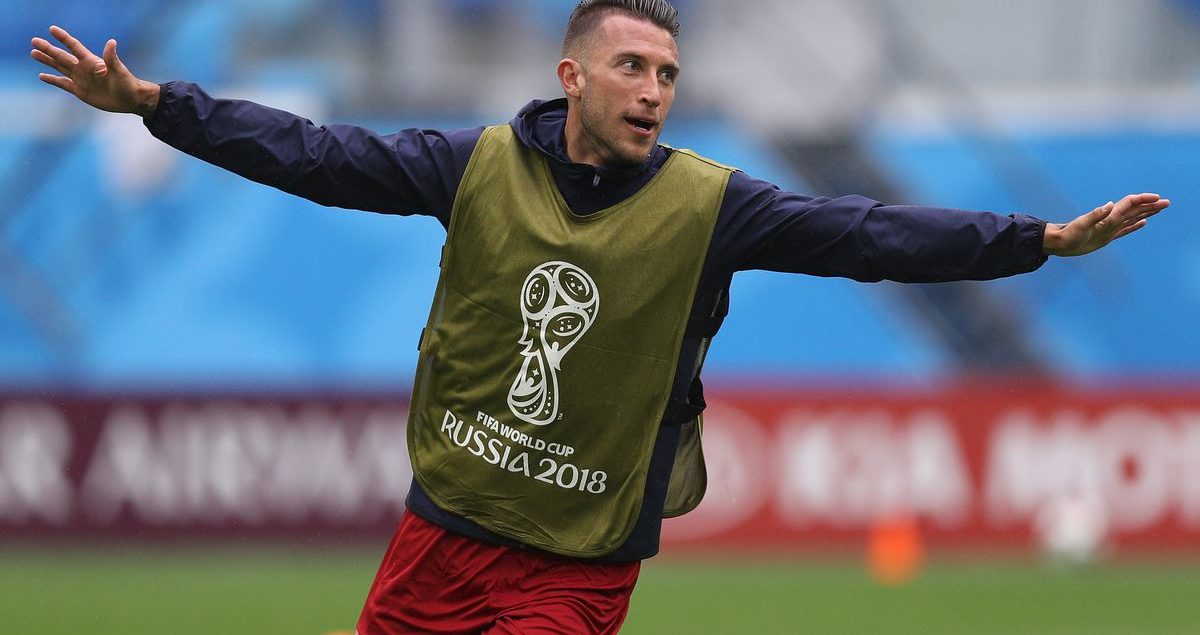 Although Costa Rica did not set the World Cup alight in the same way they did in 2010; when they knocked out both Italy and England, finishing top of their group above Uruguay, they certainly did their nation proud.

With a population of just 4.85 million, only 1 million more than minnows Panama, Costa Rica were drawn in a group alongside Brazil, Serbia and Switzerland; three teams with undeniable quality. They finished the tournament with just a point, earned in a 2-2 draw with Switzerland, but they can go home knowing that they gave their all.

One of Costa Rica’s stand-out stars was centre-back Francisco Calvo; who plies his trade for Minnesota United in the MLS. He moved to the American side from Costa Rican outfit Saprissa back in 2017 and has since become the club’s captain.

In this season’s MLS so far, Calvo has played 13 times and has established himself as a valuable defensive asset for the MLS side. With an average of 2.2 tackles, 1.4 interceptions and 5.8 clearances each game, his defensive skills are nearly unmatched in the Minnesota team, and even in the Costa Rica side.

Despite playing just twice for Costa Rica at the 2018 World Cup, he managed an average of 3.5 tackles, 1 interception and 2 clearances per game. Therefore, although he wasn’t as able to cut passing lanes and clear his lines, his tackling was particularly prevalent. Perhaps, if it weren’t for Calvo, Costa Rica would have gone home with a handful more goals conceded – proving why he is needed in the squad.

Since leaving the World Cup, Calvo featured in Minnesota’s 4-3 win over Toronto on the 5th July, picking up an extremely important assist.

As mentioned before, Calvo is a competent tackler of the ball, yet frequently picks up yellow cards due to his overcommitment to the tackle. Whilst this shows a determination and grit to win the ball back, it shows that the defender needs to work on his discipline further.

Calvo, unlike many centre-backs, is an offensive threat as well as a defensive one. He manages around a shot per game for Minnesota and, whilst at former club Saprissa, he netted 14 goals in 63 league games. He also has four international goals, including a vital goal in a 2-1 victory over Trinidad and Tobago in World Cup qualifying and an important equaliser against Canada in the 2017 CONCACAF Gold Cup, in which Costa Rica lost in the semi-finals to the United States.

Calvo averages 49.8 passes for Minnesota, with an 83% pass accuracy and 4.5 long balls per game, demonstrating his talent for passing football and helping transition play from defence through to attack.

Calvo’s main weakness, aside from his discipline, is his on-the-ball ability. He sometimes lacks a certain confidence and is dispossessed frequently, leading to opportunities being gifted to the opposition. This will only grow better with time, however, as will his discipline. As Minnesota’s captain, Calvo will develop with experience and, in the high pressure environment of the MLS, should eventually turn into a top defender.

Calvo’s Costa Rica may have exited the World Cup early but he should glimpses of his talent and will surely take what he has learned back to the MLS with him; as he hopes to lead Minnesota United to glory.