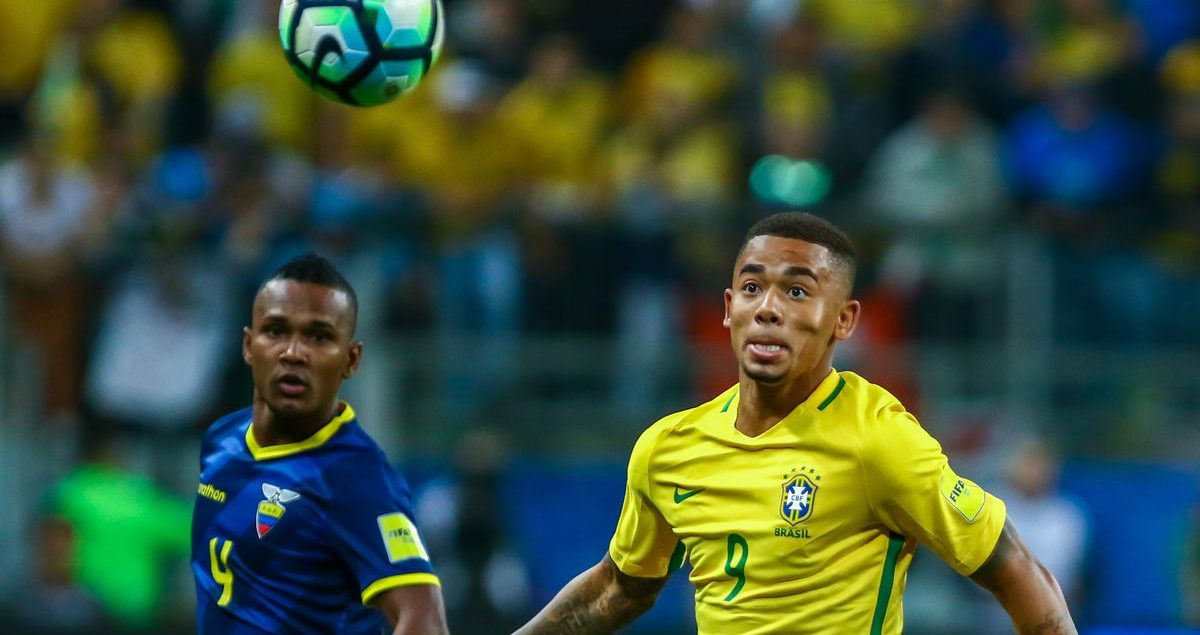 “He is our new Ronaldo. Their qualities are alike, they have a similar pace. He is just 21, and he is certainly going to be great.” Some words of praise echoed recently by his international team-mate, Willian Borges. This time around four years ago, Gabriel Jesus was pictured painting the street of Sao Paulo in preparation for the World Cup that was held on his home soil of Brazil. Now, the 21-year-and-2-months old striker is on the verge to become the youngest striker to play for Brazil in a World Cup after his predecessor, Ronaldo, who made his debut at 21-year-old and 8 months in France 1998. The Manchester Citys attacker is yet to reach Ronaldo’s level, but the World Cup in Russia mounts him with a great opportunity to show the world that he’s worth the comparison with his idol.

Gabriel Fernando de Jesus, who is mostly known as Gabriel Jesus, was born on April, 3rd 1997 in São Paulo, in an area called Jardim Peri. He began his amateur career with his neighbourhood club Associação Atlética Anhanguera, before joining Palmeiras’ youth team in July 2013. Jesus netted 37 times in 22 games for Palmaires U17 in 2014, earning him a promotion to the senior team. The São Paulo-born player would go on to score a total of 28 goals in 83 appearances between 2014 and 2015 for Palmeiras.

On 3 August 2016, Jesus signed for Manchester City, staying at Palmeiras before making the permanent move in January 2017 with a reported fee of £27 million, plus add-ons. Since joining the Manchester club, in his 53 appearances for the club, Jesus has scored 24 goals in all competitions for the Sky Blues.

Jesus participated in 2015 version of U20 World Cup held in New Zealand, scoring Brazil’s first goal of the tournament in a 4-2 win over Nigeria. However, his team finished the competition as the runners-up. Jesus was included among 39 other players in Brazil’s provisional squad for the Copa America Centenario by former Brazil senior team coach, Dunga in 2016. After initially being cut from the final squad, he was called to replace the injured Douglas Costa, but unfortunately, he missed out due to a failure to acquire a visa. In the same year, Jesus played a massive role in Brazil’s Rio 2016 Olympic Triumph, scoring four times throughout the competition.

Current Canarinho coach Tite handed Jesus his first senior team debut on 1 September 2016 in a 2018 FIFA World Cup Qualifier against Ecuador, where he netted twice as his team won 3-0. He helped Brazil finish the campaign on top of the CONMEBOL World Cup qualifiers, and he was also the highest goal scorer of the campaign.

Jesus is a very gifted player, and some of the major strengths that gave him the ability to play in different attacking positions are; his immense finishing movement, pace, creativity, technical skills, work ethic and dribbling. Tite seems to be the only coach who has been playing Jesus as an out-and-out striker, possibly his best position. Nevertheless, the former Palmeiras attacker could be deployed as a second striker, where he mostly fit under coach Pep Guardiola in Manchester City. The versatile forward can also be used as a false 9, as a winger, as an attacking midfielder or as an inside forward.

From painting the streets of Rio to having murals in Rio painted of him—Gabriel Jesus is set to light up the World Cup.