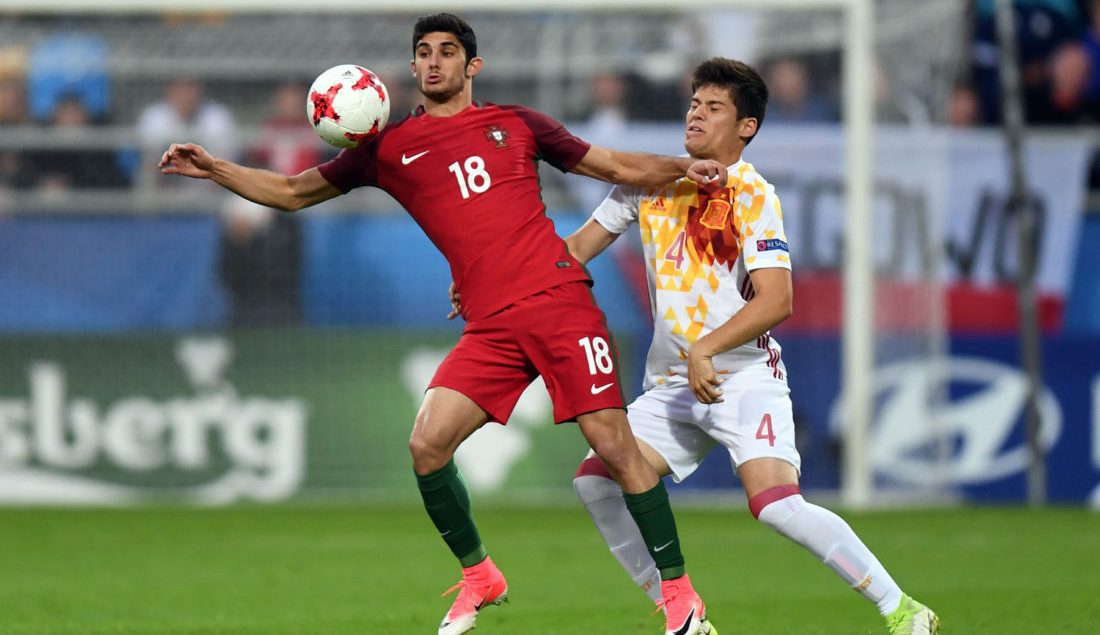 15 October 2017: in a topsy-turvy La Liga encounter, which Valencia won 6-3 away to Real Betis, winger Gonçalo Guedes scored a stunning goal to make it 2-0 to the visitors.

A collective gasp, before the away fans celebrated, could be heard at Estadio Benito Villamarín after Guedes’ shot flew into the top corner from thirty yards out. His goal was emblematic of his rise to prominence in La Liga after arriving at Valencia on loan from Paris Saint-Germain and evidences why Portugal’s Group B opponents should not just focus their attentions on Cristiano Ronaldo.

Only a fool would challenge Kylian Mbappé’s 2017 Golden Boy award but only somebody equally as daft could defend Guedes’ omission from the shortlist for the prize.

Almost two years previous, however, the widespread opinion of Guedes was the polar opposite; a big-money PSG signing is usually the hot topic on everybody’s lips. Few, though, of Nasser Al-Khelaïfi’s signings since taking over as the club’s chief executive had appeared as underwhelming as Guedes.

He arrived for a fee close to £30 million, at the age of 20, on the back of an impressive start to his career; at the age of eight, he made his Benfica youth team debut against a junior team in an age group three years older and scored all five goals in a 5-0 win.

He also featured in the inaugural UEFA Youth League Final, before making his debut for the first team at Sporting da Covilhã in the third round of the Taça de Portugal. In the 2015-16 season he scored his first league and Champions League goals.

A move to PSG followed, but he made just seven Ligue 1 appearances in the second half of 2016-17 before being shipped out on loan to Valencia by Unai Emery for the season just gone; he had been halted by PSG’s backlog of talent in attacking positions.

By the back end of 2017, he looked like a player that was more than just a banker to be nominated for the Golden Boy award; he was showing the form of a Ballon d’Or winner. For a while, he waved the Portuguese flag in La Liga whilst the eventual winner, Ronaldo, faltered. Guedes looked like a player that could walk into any team, including Barcelona’s, Real Madrid’s, Manchester City’s and, ironically, PSG’s.

Next time out after his strike against Betis, facing Sevilla, he scored an equally-as-impressive goal: he gathered Rodrigo’s pass, from behind him, and without breaking his stride, bore down on the goalkeeper, Sergio Rico. Instead of shooting on his weaker left foot, he turned past the tackle of Simon Kjær, and scored with his right into the top corner from the edge of the penalty area for the first goal in a 4-0 thrashing.

“Like a fire engine going to the wrong fire,” wrote Geoffrey Green about Billy Wright’s sliding tackle that missed Ferenc Puskás, allowing the Hungarian to score at Wembley in 1953. Watch that goal a dozen times and it will still captivate you; Guedes’ finish, after Kjær failed to win the ball with a despairing lunge, was strikingly similar, albeit from the opposite side.

It is Guedes’ unpredictability that Portugal’s rivals must be cautious of this summer. His creativity, proven by nine La Liga assists in 2017-18, partnered with Ronaldo – given how well he supplemented Rodrigo at the Mestalla – is a dangerous combination. Like Ronaldo, Guedes is willing to receive the ball in tight areas, dribble past defenders and score from distance. Managers often worry about pairing two similar forwards together, but Fernando Santos should feel blessed, not concerned.

Portugal will hope that Guedes can rediscover his form of October last year; personally, he will be looking to prove his doubters in Paris wrong on the world stage and show how, particularly after Neymar’s injury that kept him out until Brazil’s friendly against Croatia earlier this month, PSG were wrong to let him go.