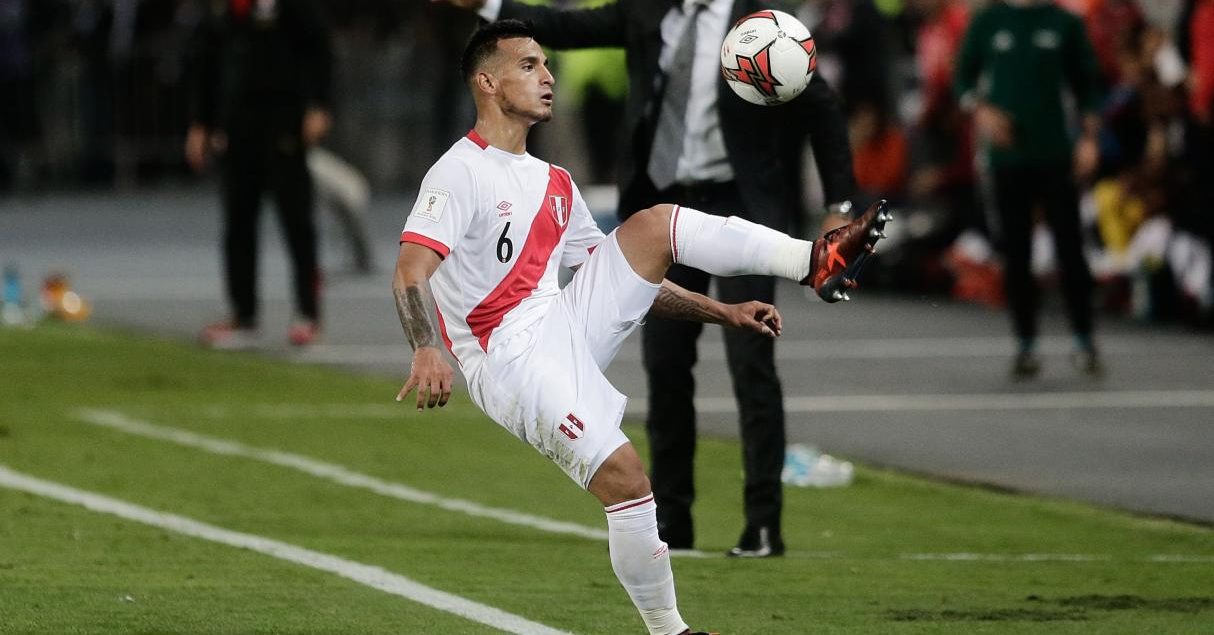 While most Peruvian footballers on the national team are born in Lima and Callao, there are a few exceptions. Anderson Santamaría, the central defender born in Tingo María, Huánuco, is one of them. Luis Advíncula was born in Chincha, down in the southwest coast of Peru, but one of the stars of the team was born somewhere really different, far away from the urban sprawl of Lima or the majestic heights of the Andes mountains. This player is none other than Miguel Trauco.

Most footballers who have played for La Bicolor are from the Andes or the Pacific coast. Miguel Trauco is a unique exception. Not only is he from the Amazon, he’s from Tarapoto in the San Martín region as opposed to the usual Iquitos or Pucallpa. There haven’t been very many Peruvian footballers from Tarapoto, if any at all.

Not only that, but he started his football career at an amateur club. While he did spend his teen years in Lima playing for Virgen de Chapi and Universitario de Deportes, he started playing professionally in a very different way. At first, he decided to stick around with his family in Tarapoto, playing for amateur club Unión Comercio in Peru’s third tier, Copa Peru. More likely than not, Trauco did not know what the future would bring him.

In 2010, Unión Comercio won promotion to the Primera División after winning the Copa Peru. Trauco was an integral part of the team that was able to beat Alianza Unicachi in the Copa final. They won promotion, and Miguel stayed in the team and continued to be an important part of the side. He stayed a lot longer at the team than one would imagine. Despite his clear talent, other teams weren’t that interested, and he was still only 18 years old in 2010.

5 years later, he got a move to Universitario de Deportes, and this is where he really began to show his talent to the country. Since the team is arguably the biggest in the country in terms of fanbase, they got a taste of what he was about. After impressing at club level, Peru manager Ricardo Gareca was set to give the youngster his national team debut as La Blanquirroja were about to undergo a sea change. Peru had just picked up 1 point in the March 2016 qualifiers, and director Juan Carlos Oblitas made it clear that the team should stop calling up players who weren’t deemed serious. Claudio Pizarro, Juan Manuel Vargas, Jefferson Farfán and Carlos Zambrano were all victim to this. Three of those never returned to play for Peru ever again, and only Farfán made the comeback.

This made it easier for Trauco to win a call up. After impressing at his club, he got his call-up to the preliminary squad for the 2016 Copa América and won his place in the squad after Gareca analysed who should go and who shouldn’t. Since then, he’s been a part of every squad and has become a key player for the team.

Trauco has now played in the World Cup for Peru after a long journey from the roots of the jungle in Tarapoto, but what player is Miguel Trauco exactly? He’s a left back, and a very unique one at that. He’s a rare specimen. He’s a left back who performs more like a deep lying playmaker. While his defensive attributes are a bit of a weak point, he often goes up to the left side of the midfield and uses his two key traits: vision and passing technique. He’s a player who puts in good long balls in order to find the target man or a winger running into space. His first touch is excellent, like the average Peruvian and he’s arguably the best technical player Peru has at the moment. He has been linked to Bordeaux in France as well as Marseille. The former looks more likely though. After what was a disappointing World Cup for the left back, at 25 he’s still got a lot to look forward too.