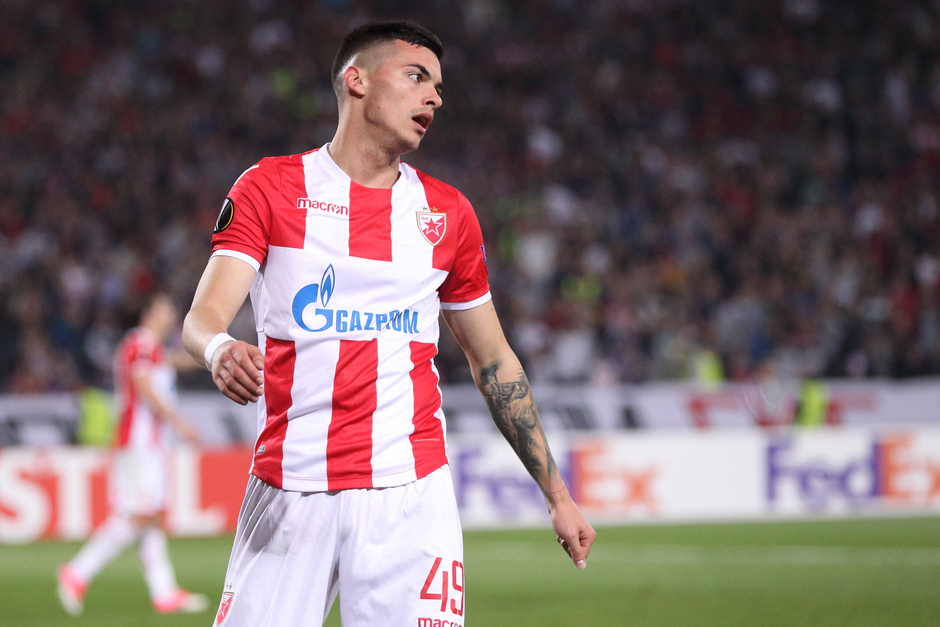 Nemanja Radonjić is 22 years old, has never played a competitive game at the senior level for Serbia, and now plays for Red Star Belgrade after a failed stint in Italy. He may just be Serbia’s secret weapon this summer.

When Serbia coach Mladen Krstajić picked Radonjić in his 23-man squad for Russia, quite a few eyebrows were raised around the Balkan state. In a squad full of veteran experience and proven talent, Radonjić seemed a perplexing decision.

The head-scratching choice to choose Radonjić over Mijat Gaćinović led many Serbian fans to find conspiracy theories to explain the decision. Several claimed that since Radonjić plays for Red Star Belgrade, he would make it over the Eintracht-owned Gaćinović. Each Serbian club receives a large sum of money every time their player gets selected to the roster, so when they get that cash, they split it with fellow corrupt officials and agents. Others concluded the Football Association of Serbia decided to lock down Radonjić before Montenegro got their hands on him.

Why the versatile Gaćinović, who played throughout the qualifiers, who greatly improved under Niko Kovač at Eintracht, failed to make the squad over the less consistent Radonjić, who only just made his friendly debut in November, is unclear. But Radonjić has done himself favors during the preliminary friendlies, and the talented, quick-footed winger could catch a few fullbacks by surprise, should he beat out two of Živković, Tadić, Kostić, and Ljajić for a starting spot. An electric, technical winger, Radonjić is a quick-footed, albeit problematic winger, who is already attracting the attention of Genoa and other clubs.

After earning a reputation as Serbia’s best prospect at Partizan’s academy, Radonjić earned a move to AS Roma in January 2014. The 17-year-old came with attitude issues and a degenerate party animal’s reputation.

According to a source close to the academy, Radonjić typically showed up late to Roma Primavera trainings, stayed up late partying, and would always come to practice hungover and vomiting. Roma promptly sent Radonjić on loan to Empoli and Cukaricki, before leaving to Red Star, the fierce rival of Radonjić’s boyhood club Partizan, on a permanent transfer in the summer of 2017.

Radonjić found his footing somewhat at Red Star, showing his magical feet, while unfortunately still lacking in both finishing and consistency. Serbian fans began to found signs that the boy who was formerly known as Serbia’s brightest prospect, had finally begun to fulfill his potential.

The skeptics view Radonjić as another Lazar Marković, a talented speedster who simply cannot cut the mustard at the highest level. They see Radonjić as a spoiled party monster who blew his enormous potential on Rakia shots. They know an intriguing World Cup campaign can sway European suitors into splashing the cash on him, and that the football federation will be bathing in Serbian dinar if Radonjić does part ways with Red Star Belgrade. Whatever the case, many cynics speculate that this decision to choose the troublesome boy wonder will backfire on the inexperienced Krstajić, who faces the challenge of winning over Serbia’s fanbase after taking the reigns from Slavoljub Muslin, who was sacked in October despite qualifying Serbia for the World Cup.

All eyes will be on Radonjić to see if the capricious boy wonder can finally become the real deal for his country.