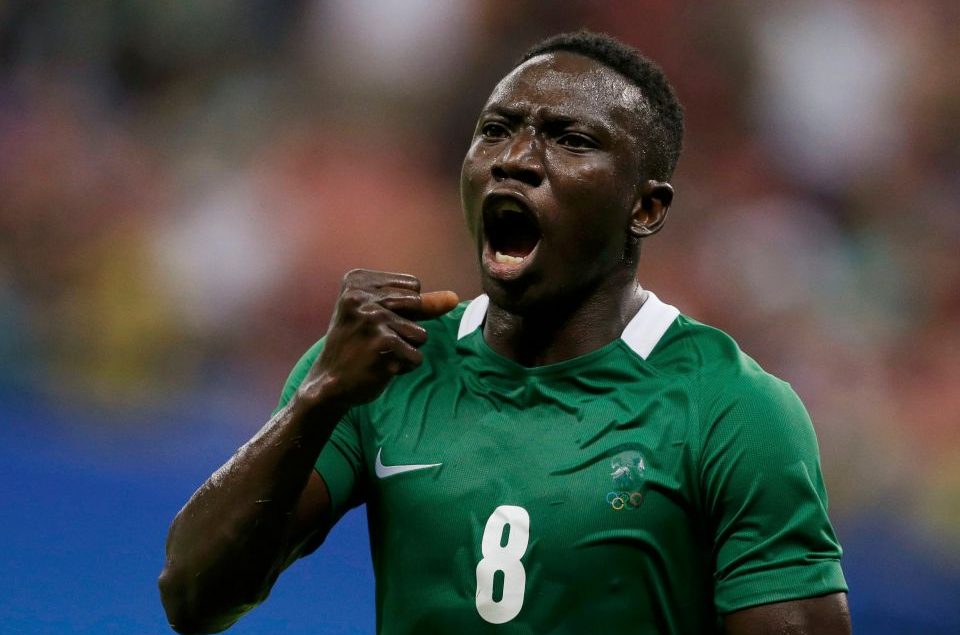 Five days before Nigeria’s opening World Cup game against Croatia at the World Cup, news broke that Oghenekaro Peter Etebo had joined Stoke City from Portuguese side Feirense on a five-year contract for €7.2million. Etebo had reportedly turned down interest from a host of Premier League sides, including Leicester, West Brom and Newcastle United to sign for the Potters.

The initial reaction from a large section of Nigerian media was as expected: “Why would a player so talented move to a Championship side on the eve of the World Cup, when he could push for a bigger move after a good World Cup?”. The questions wouldn’t stop rolling in, and some, including me, even went on to criticise his team/agent.

Stoke City manager Gary Rowett himself sounded surprised, saying in an interview on the club’s website that “Etebo could have signed for a Premier League club”, but then went on to praise the decision of the Nigerian midfielder: “I think it shows that people are buying into what Stoke City are trying to do for next season, buying into the fact that we want to build a strong, competitive squad.”

So why would a player so talented, so promising, join a Championship side just before he got the chance to sell himself to the world?

Etebo had just finished a season where he played for two sides that flirted with relegation. His parent club Feirense escaped narrowly, finishing just above the drop zone in the Portuguese Primeira Liga. Las Palmas, the club he spent the second half on season on loan with, weren’t so lucky, finishing second from bottom in La Liga despite Etebo’s fine performances – including a man of the match performance in his debut against Malaga.

In the national team, despite being a regular feature in the squad since the start of 2017, Etebo struggled to get a key role, or to even convince Super Eagles coach Gernot Rohr that he had the right qualities to fit into the XI, starting only twice – in a friendly against DR Congo and in a dead-rubber qualifier against Algeria – since the start of 2017. There was also a perception that his best position for Nigeria was in attacking midfield, just behind the striker, a position that was being properly manned by team captain John Mikel Obi. Karo had to wait.

Etebo is your traditional box to box midfielder; versatile and comfortable in every central midfield area, the 22 year-old can tackle, pass, dribble and has a shrewd eye for goals. The former Warri Wolves midfielder is your complete package. There are moments when he overdoes it, lacks tactical discipline, or fails to make the right decisions, but yes, he’s your complete package midfielder…and you can’t keep a good man down for long.

Etebo’s time was just by the corner, but even him wouldn’t have thought it will be at the biggest stage.

Despite starting only one of Nigeria’s three pre-World Cup friendlies, Etebo got the nod to start in Nigeria’s opening match against Croatia, replacing the experienced, but now ineffectual Ogenyi Onazi. Nigeria lost 2-0 and Etebo scored the own goal that gave Croatia the lead in the first half. That would normally be a sign of a bad match – but not for Etebo. In a game were Nigeria were awful, Etebo had managed to have the most dribbles [9], most passes [67], and best passing accuracy [93%] of all the players on the night. Most importantly, he got everyone in Nigeria talking; questioning the coach’s decision to play him in a more defensive position, when he seemed better suited to create than Mikel Obi. It was a huge turn around for him. The next game against Iceland, Etebo started in an attacking midfield role – relegating Mikel to a more defensive role [to be fair, where he’s more suited] – and gave another great show. He showed another side to his game, winning the most tackles overall [5], and managing the best passing accuracy of all the starters on both sides [91%]. By now, everyone had noticed.

Nigeria ultimately exited the tournament after a 2-1 loss to Argentina, but Etebo didn’t leave without making a final impression, with second best statistics in dribbles [5, behind Messi’s 7], and best in shots [3] – admittedly, none was on target.

His talent has never been in doubt; he was named CAF Most Promising Talent of the Year in 2016, but now more than ever, he seems ripe and ready to develop into a star. Should he be playing for another club, and not a club in the English Championship?

Stoke fans will say he’s just fine where he is, because they’ve got a gem on their hands. Take away the exuberance and occasional lack of tactical awareness, and you have a well-rounded midfielder. A complete midfielder. Now it’s time for Karo to show it.