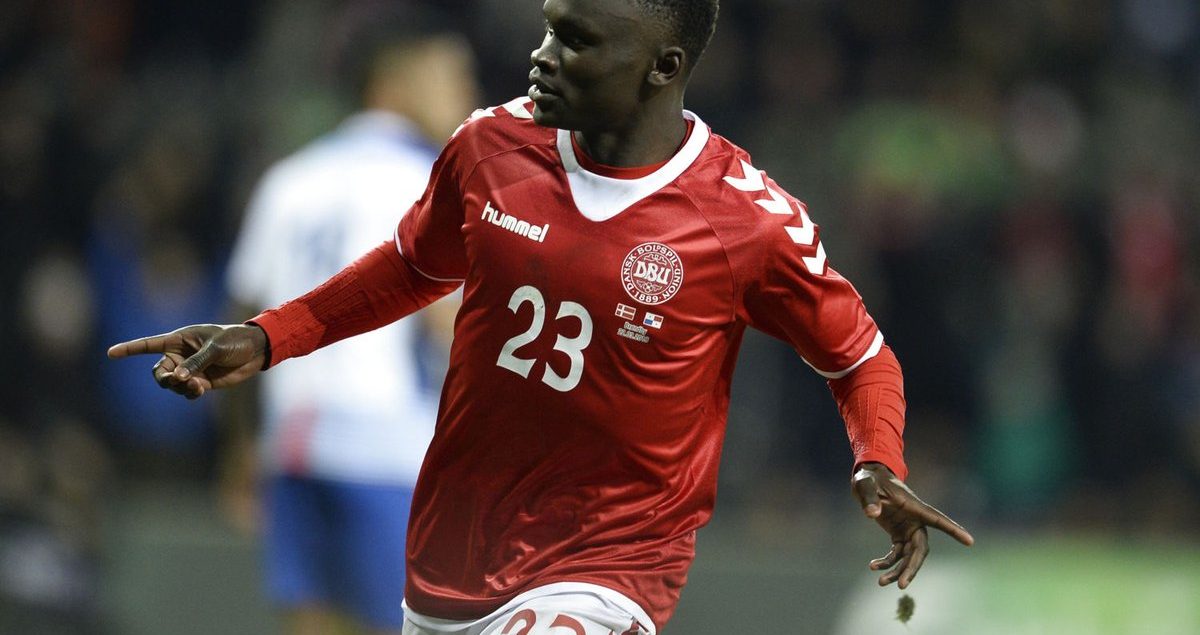 Soon after Pione Sisto was born in Uganda, on 4 February 1995, his family embarked on a long journey to Europe, having already fled Sudan.

Few of the 736 players in Russia for the World Cup representing their respective countries can speak of such a complex upbringing: Sisto, along with his parents and seven siblings, ended up in a small village in Denmark called Højslev Stationsby.

The children were brought up to respect the importance of education and hard work; they benefited from the change to a warm, friendly atmosphere in Denmark. The older generations had worked hard to create a welfare state in Scandinavia whilst a second civil war was raging in Sudan.

The Sisto family later moved to Tjørring, which is where Pione’s football talents were spotted by Midtjylland. Known as Ulvene, or Wolves in English, they are one of the biggest clubs in Denmark; Scandinavian football zealots would argue that they are also one of the best at developing young talent in the region.

There, Sisto was mentored by Glen Riddersholm, a young Danish coach in the youth section. He claimed that Sisto worked double the amount of hours per week, staying on his own after training, compared to most of the other academy players signed at the club which meant he learned to play on both the left and right wing as well as behind the striker; his parents had taught him well and he had duly listened.

Riddersholm became the club’s manager in 2011, but he took a while to bring Sisto with him. He understood his difficult background and how he would need to adapt yet again, but in the end, Sisto’s talents became too great to ignore.

Midtjylland won the Danish Superliga in 2015, a season in which Sisto featured heavily, having made his debut two seasons previous. A year later, he scored home and away against Manchester United in the Europa League, a tie in which debutant Marcus Rashford scored a brace on his debut. Sisto, however, travelled home from England with plaudits of his own.

He was still tactically naive; he had the pace, skills and finishing touch, but he struggled to track attacking full-backs, and needed to work on his decision making. Still, his potential was obvious and La Liga’s Celta Vigo signed him in the summer of 2016 after fending off interest from the world’s elite clubs. He chose to move to Balaídos for a guarantee of playing time, reflecting his hard-working attitude and desire to improve.

Sisto did not become a Danish citizen until December 2014, but soon after, he was called up to Denmark’s Under-21s squad, and then the seniors. He has not missed a game since October 2016 for Åge Hareide’s side. He scored his first goal for his adopted national team against Panama in March; strangely, he played the game without tying his bootlaces because he wanted his feet to move freely.

Hareide has encouraged link-up play between Sisto and the nation’s superstar, Christian Eriksen. The large probability that Denmark’s Group B opponents will focus on Eriksen means Sisto is likely to be afforded more space than he is used to playing for Celta Vigo. With Sisto’s remarkable ease at quickly carrying the ball past defenders, expect fullbacks to have a tough time against the Danish winger.

With five goals, nine assists and a pass accuracy of 84% in La Liga 2017-18, Sisto is a dangerous customer. He is weak defensively and too small to be a threat in the air, but his speed, agility and deceptive strength are hard to match.

He can also bank on incredible support in Russia: his parents once rejoiced at a Denmark Under-21s press conference by singing and dancing in African costumes to celebrate their son’s inclusion in the squad.

You get the feeling that Sisto’s incredible journey to the very top will, literally and figuratively, not end in Russia.