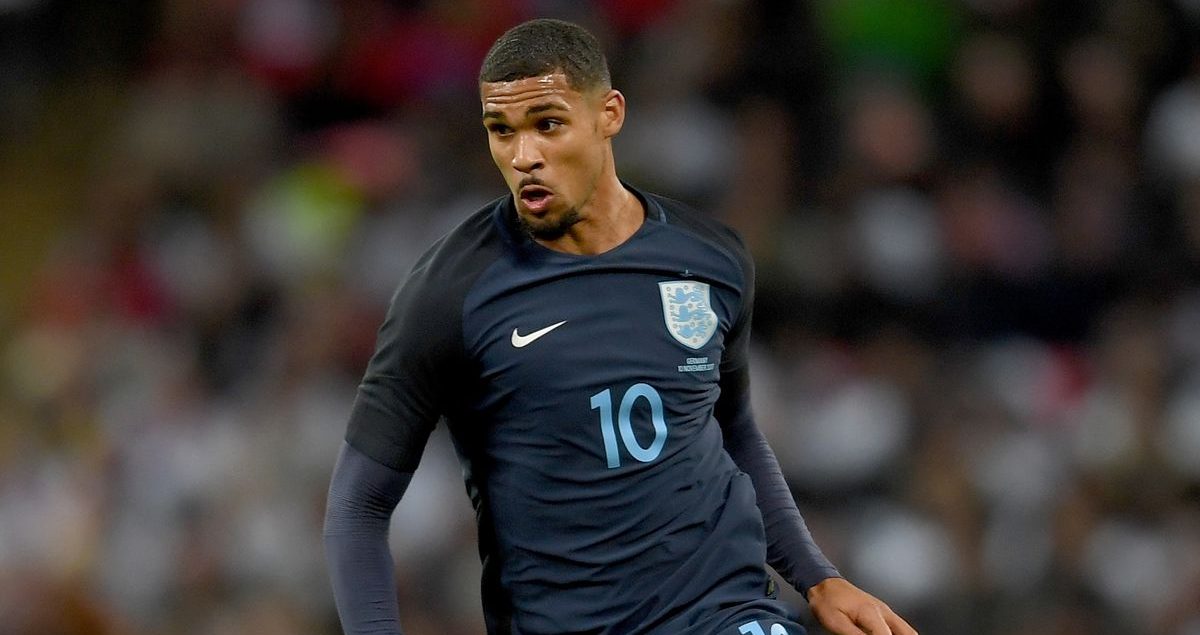 Gareth Southgate chose his England squad for the upcoming World Cup in Russia on 16th May 2018, and needless to say there were quite a few eyebrow-raisers. One interesting pick was 22-year old-Ruben Loftus-Cheek, a midfielder at Chelsea who spent the 2017/18 season on loan at Crystal Palace.

Although naturally a centre midfielder, manager Roy Hodgson has opted to play him further forward, whether that be in the number 10 role behind the striker (usually Christian Benteke) in a 4-2-3-1 formation or on either flank in a 4-4-2 formation. In either system, he’s tasked with being the ‘third centre midfielder’ if you will; the creative fulcrum of the team who will support the attackers but must also help his two CMs defensively. Loftus-Cheek (or RLC as I will refer to him for the rest of this article) is blessed with great technique, strength, a good final pass and a willingness and knack for carrying the ball forward. This is especially useful for Palace as they often aim to hit the opposition on the counter, thus RLC’s propensity to dribble past midfield lines is important for effectively getting out of danger and starting attacks.

To gauge his dribbling skill, WhoScored have calculated that RLC makes 3 dribbles per game in the Premier League 17/18 campaign; only bested by 3 players (Chelsea’s Eden Hazard, Palace’s very own Wilfried Zaha and West Ham’s Arthur Masuaku). To add to this, he has also been fouled the most in the 17/18 campaign on a per game basis: 2.6 per game along with his team mate Zaha. This ability to win free kicks also allows Palace to slow games down, as a player with such great technical ability and excelling at carrying the ball is bound to win free kicks.

RLC netted 2 goals and laid on 3 assists in the 17/18 campaign in 24 appearances, which averages out to a goal contribution ever 4 games. For a team that battled relegation for the majority of the season, I would say that this is quite impressive. RLC has often being envisaged by the media to be one of England’s next big stars; he was highly rated as a youth prospect at Chelsea although his career at the West London club hasn’t quite gone to plan ever since his mini breakthrough in 15/16, netting his first league goal in a 4-0 away win over Villa while making 17 appearances in all competitions. So what can RLC offer to England?

While he might not be a definite starter, the young man has impressed during his 4 appearances in a Three Lions shirt, most notably in a Man Of The Match performance vs world champions Germany on his debut no less. His range of passing, excellent retention of the ball in tight spaces and under pressure, willingness to drive with the ball at the opposition and movement into pockets of space were signs of a player who’s perhaps realising his full potential, and I for one was very impressed with his performance. He’s also quite physically robust; standing at 6 ft 3 inches, RLC is a rangy midfielder who’s not afraid to assert himself.

In an England squad not necessarily blessed with natural creators (due to the exclusion of Adam Lallana and Jack Wilshere amongst others), young Ruben just might be tasked with holding the creative baton in a young team that are blessed with exciting forward options. I expect him to play on the left or right side of a three man midfield in a 3-1-4-2 formation, which is where he’s played during his four appearances for his country. While I prefer him as a LCM in this three man midfield, he’s played on the right on each of his three starts for England; against Germany, Brazil and in the recent friendly against Costa Rica, where he assisted Marcus Rashford’s wonder goal.

This is a big summer for the young man; not just for a chance to stake a claim at Chelsea, who may feel it’s necessary to grant him more opportunities, but also to showcase his skills for other potential suitors who may feel they can persuade him to leave for a club that will start him every week. The signs are promising, and even if he is not a main starter, RLC is certainly one to watch out for in Russia.