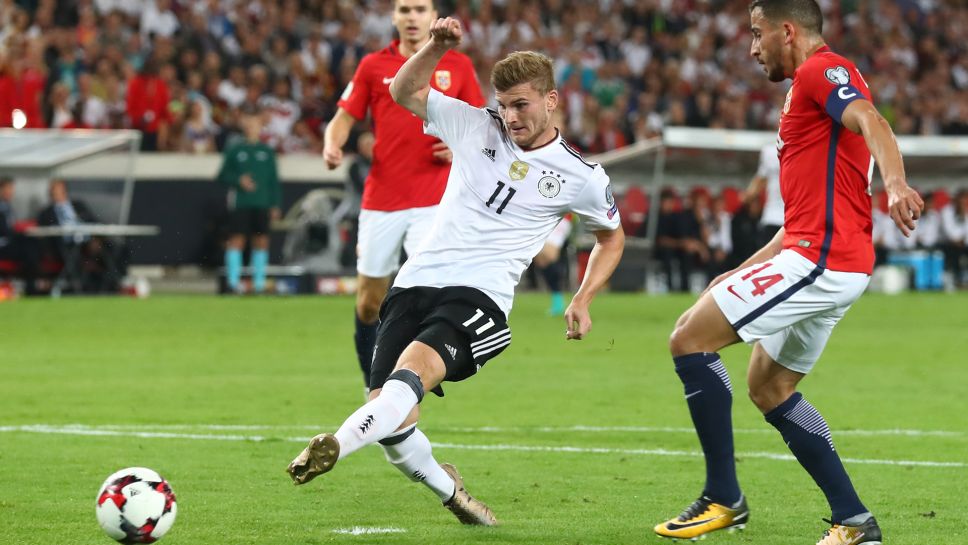 When you journey through the rich, illustrious history of German football, successful strikers are plentiful. From past legends like Gerd Müller and Karl-Heinz Rummenigge to more recent heroes such as Jürgen Klinsmann and Miroslav Klose, the number nine position has been mastered by names synonymous with scoring goals. Yet recently, Die Mannschaft has seen a drought of quality in this area. After Klose’s landmark 2014 World Cup campaign, which saw him break the Brazilian Ronaldo’s record for most career World Cup goals with 16, the front-flipping forward retired from international duty. This left a major gap in the front lines of the German squad. Manager Joachim Löw and his staff tried numerous ideas. They reignited Mario Gomez’s international career. They called up less obvious choices such as Nils Petersen and Sandro Wagner. They attempted to adapt the position with a less traditional striker in Lars Stindl. While some of these players had success to a degree, none of them secured the spot as strongly as icons in years past. Enter Timo Werner.

Timo Werner is an alumnus of Stuttgart’s famous football academy, from which five fellow 2018 World Cup Germans also graduated: Joshua Kimmich, Antonio Rüdiger, Sami Khedira, Sebastian Rudy, and Mario Gomez. After a few seasons with promising senior side appearances at the club, Werner left Stuttgart after their relegation in 2016 and joined RB Leipzig, who had been rising through the ranks of German football leagues and were promoted to their first ever season in the Bundesliga.

Since he began at Leipzig, Werner’s career has taken off. With the support of midfield maestros Naby Keïta and Emil Forsberg, Werner has scored an impressive 34 Bundesliga goals over the last two seasons, and an additional seven goals in 11 matches last season in the club’s first ever European campaign. Operating in a 4-3-3 that shifts into a 4-2-2-2 on occasion, Leipzig play in a system that specializes in swift, efficient counter-attacks. This plays to Werner’s strengths; he’s very aware of spacing when defending, and his gifted speed and football intelligence allows him to both press at the correct times and get in behind defenders in attack. On the ball, Werner’s dribbling gives him the ability to run the entire width of the pitch, often weaving through and around defenders.

The biggest area where Werner can improve is in ball retention. As with any young player, this issue can be corrected as his experience and maturity grows. In today’s game there are many different types of forwards; some that rely on pure finishing skills, others that utilize multiple tools in a more well-rounded style of play (think Antoine Griezmann, Roberto Firmino). Werner falls into the latter category. As the definition of a striker becomes more blurred, traits of the traditional prototype will still be encouraged.

Despite being the only player from his club to be called up to the German national team, and getting drawn in a difficult group with Mexico, Sweden, and South Korea, Werner will have plenty of support alongside him in Julian Draxler, Marco Reus, Mesut Ozil, Thomas Muller, and Toni Kroos, giving him everything he needs to succeed at this World Cup. Living up to the names of German footballing legends is a difficult task, and while the 22-year-old has had success leading up to this tournament, a successful World Cup can reassure Germany fans that Timo Werner is indeed their striker of the future.