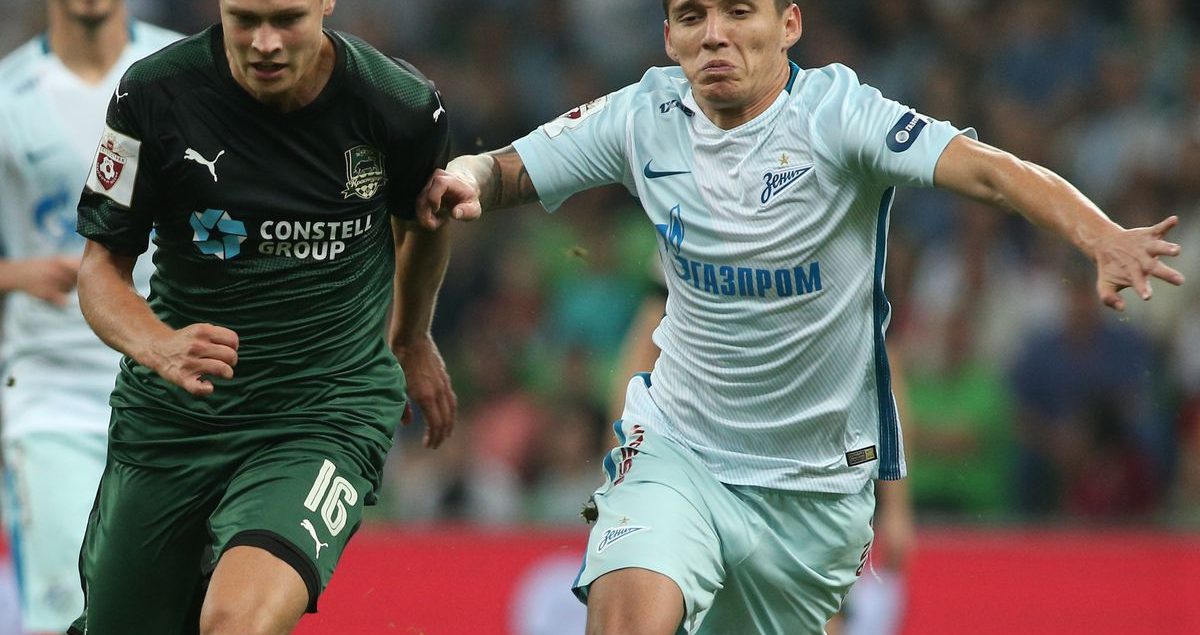 Sweden, one of the tournament’s underdogs this summer – after having beaten Italy in the qualifiers – are a nation with plenty of hidden gems such as Kiese Thelin, Alexander Isak, Joel Asoro, Ludwig Augustinsson, Felix Beijmo to name a few. However, possibly the biggest of them all, Viktor Claesson, has gone completely under the radar on the international scene. This is likely to change in Russia.

Claesson, 26, is one of the Swedish national team’s starting wingers, usually on the left, having overtaken the spot from Jimmy Durmaz after his impressive appearances throughout the World Cup qualifiers. It all began the 28th of March 2017 at Estàdio do Marìtimo, where he scored a brace against Portugal in Sweden’s 3-2 win. The rest is history.

A winger who’s differentiating from the standard mold is a perfect manner to describe his profile. Claesson’s perfect mixture of physicality and intelligence is what sets him apart. In the same capacity, he has the vision to pick a through ball or open up a chance with his smart, effective passes. He has the endurance to block counterattacks, and work tirelessly up and down the wing in the spirit of a locomotive, or regain possession either by intercepting or overtaking the ball.

A native of the Värnamo municipality, a relatively small town in the lower regions of Sweden, Claesson doesn’t just offer Sweden manager Janne Andersson a strong physical presence and a brain on the field. He also facilitates Andersson’s work by his immense versatility – being able to play either wing, as a central attacking midfielder, and as a centre-forward. A versatility Sweden really need for its disposal with regard to its bad track record of injuries. Especially at centre midfield and amongst the striker category.

Coming off a career peak in club football, having scored 12 goals and assisting 8 for Krasnodar, Claesson is portrayed by domestic media to be the player most likely to move clubs this off-season. Clubs in the top 5 European leagues have already begun to speculate on the Swedish jack-of-all-trades, and a good World Cup this summer could, and most likely, would, increase his stocks on the player market.

But it hasn’t always been fun and games in Russia for Claesson, who struggled in his freshman season for Krasnodar, just managing 3 goals and 1 assists. That being said, it never got him down, though, as he replicated what he did in the national team after debuting back in 2012 and not becoming a regular until 2017; Claesson showed persistence and never gave up. That’s who he is, a guy with a very strong mentality, never settling for anything less than the team’s and his own individual goals.

Claesson is now preparing for Sweden’s first World Cup game against South Korea on Monday in Novgorod – doing so as what
Swedish media describes as ‘Sweden’s most in form player’, which are words with heavy dignity as the names of Emil Forsberg, Andreas Granqvist and Victor Nilsson-Lindelöf are included in the Swedish 23 man World Cup squad.

FourFourTwo magazine previously hailed and mentioned Claesson earlier this year as one of ten World Cup players in their ranking who seemingly had the largest potential to blossom and establish themselves on the international scene in Russia. A beautiful testament and reward for Claesson, finally denting and making an impact globally after his breakthrough 2017/18 season. But also a reality check for football fans following the World Cup from around the globe. Viktor Claesson may not be the Swedish posterchild yet, but he’s coming for whatever opponent he’s facing this summer, no matter FIFA ranking, reputation
or media-favoritism – so you better prepare.