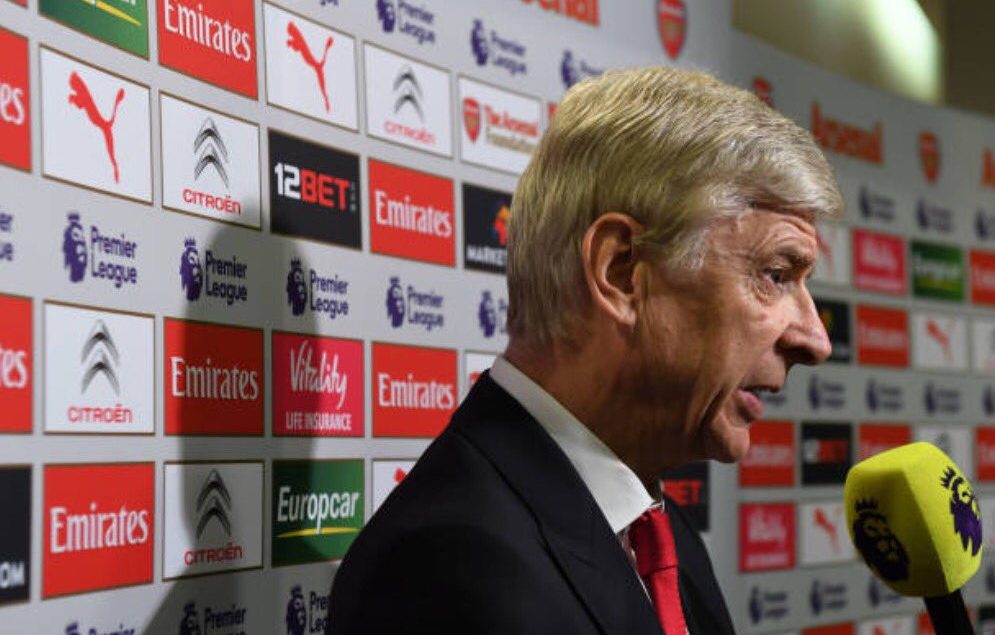 As a lifelong Arsenal fan, it’s hard to look ahead to the return of the Champions League and it’s knockout phase without feeling a sense of groundhog day. The Gunners go into their last 16 match having exited at this stage for six consecutive years, and their hopes of finally progressing again were dealt a blow when they were drawn, once more, against the mighty FC Bayern München, who were responsible for two of their last four knockouts. What more, Arsenal are halfway towards their habitual February crisis, where domestic hopes being dashed have all too often been followed by humbling European defeats.

Despite all that, however, there is some positive feeling amongst the fanbase that this could finally be the year that the curse of the last 16 is broken. While some of that is down to pure fan optimism rather than hard reason, there is hope to be had from the general perception that Bayern aren’t quite the machine they were under Pep Guardiola and the final year of Jupp Heynckes’ reign. Their starting XI remains of the highest quality, even if they still haven’t quite replaced what Ribery and Robben gave them in their prime. But many of their domestic performances have been sluggish and reliant on individual brilliance to deliver the three points, such as Robert Lewandowski’s brace against Freiburg to kick start their rückrunde (2nd half of the season). While they remain in prime position to win the league, four points clear of RB Leipzig, for those who had become accustomed to watching Guardiola’s outfit systemically dismantle and crush their opponents on a near weekly basis it’s become a significant talking point.

It certainly seems Arsene Wenger will be happier to come up against Carlo Ancelotti’s outfit than having to square off against the intensity of a Pep team. Wenger has often struggled when coming up against coaches who plan and scrutinise their team’s performance to the finest details and while Ancelotti is a fine manager, his more laissez-faire methods in comparison to the Catalan is more akin to Wenger’s approach. Indeed, Wenger may be able to draw inspiration from the last time the two met in Europe, the 2007/08 last 16, when Wenger’s side beat Ancelotti’s Milan in a result that confirmed the decline of the latter as a European heavyweight. Certainly a loss to Arsenal here would have similar implications for the Bavarians.
The main question of how Arsenal will set up surrounds the midfield. With Granit Xhaka available for the first time after his red card versus Burnley it will be interesting to see whether Wenger puts him straight back in the firing line. The manager has, on more than one occasion, expressed concerns with the 24 year old’s discipline and may feel he cannot trust him in such an important game. Choosing not to select him would be a mistake, however, as he has qualities that are clearly lacking in the Arsenal midfield when neither he nor Santi Cazorla play. Wenger could also draw encouragement from the last time Xhaka returned from a suspension, against Tottenham, and put in one of his best performances for Arsenal, particularly on the defensive side. Additionally Xhaka’s discipline record has tended to be better in important matches.

With Elneny also back from AFCON, and Oxlade-Chamberlain flourishing in his new central midfield role, all of a sudden Arsenal’s midfield options are as good as they’ve been for months. Wenger is facing increasing calls to play a three man midfield at Bayern, and there is evidence to suggest he might be planning to after using it in the FA Cup against Southampton, starting with it at Chelsea, and reverting to it for a period on the weekend against Hull. It’s arguable that the experimenting has been brought about by a combination of the recent lack of deep midfield options and the disastrous performance at home to Watford, but it could be an effective tactical switch for a game against the Bundesliga champions, particularly in their own backyard.

Going forward it would be surprising were Olivier Giroud to come into the lineup. Arsenal will be looking for Alexis Sanchez and Mesut Özil to be the main attacking threat, likely along with one of Theo Walcott or Danny Welbeck to complete the front three. While there has been some suggestion Arsenal could be better off without the German, his high quality runs, decision making and final ball will be crucial to Arsenal’s attack, especially with counter attacks likely to be key. The Gunners will also be relying on him to help retain possession in the final third so they can offer sustained attacking potential. Alexis will be under similar scrutiny, particularly after the Chelsea match where he was one of Arsenal’s worst performers. As arguably the only Arsenal player capable of producing something spectacular on the dribble and with a shot, he has the ability to make a difference in a match the Gunners likely won’t have a high quantity of attacks in.

The biggest worry surrounding Özil could come defensively, particularly if played wide in a 4-3-3. With Robben and Costa among the toughest wide opponents for a fullback to come across, Monreal having struggled against 1v1 players all season, and Bellerin only recently coming back from two spells out with an injured ankle, Arsenal will need the wide forwards to do their fair share of tracking back to help. In this scenario it could be a benefit to have Oxlade-Chamberlain on the right of a midfield three, who has used his athleticism well on the defensive side in recent weeks, and regularly helped protect the right back zone against Hull. Arsenal could shape up in a 4-3-3 in possession and revert to defending in a 4-4-2, with the LW dropping back and Chamberlain shifting across.

Arsenal will also be hoping to benefit from playing the away game first, rather than second, for the first time in five years. In recent seasons the Gunners have made a habit of throwing away the tie in the first leg, often due to poor game management, feeling the need to secure a win in the home tie. Wenger has stressed the importance of keeping the tie alive for the 2nd leg at home, saying, “It’s important that we protect the second game. We must go there, not hide, but defend well as a team.”, emphasising the regrets of the last two seasons in particular.

The reality, however, is that despite reason for increased optimism, Arsenal go into the tie as significant underdogs. Bayern boast a star studded XI of proven Champions League performers and in Robet Lewandowski and Arjen Robben in particular, have people capable of deciding the tie on their own. What more, Arsenal’s recent history as underdogs and in tougher fixtures provides greater reason to be pessimistic of their chances of causing an upset. The most likely scenario across the two legs would be a Bayern progression, by one or possibly two goals.