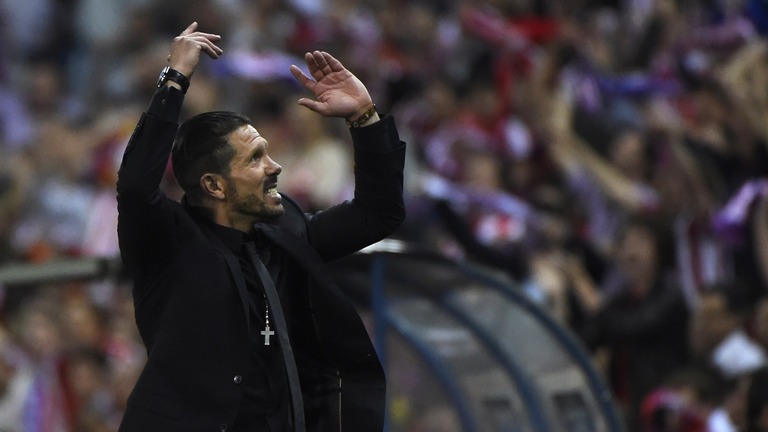 With an almost perfect group stage run, having won 5 out of the 6 games played, and being the only team this season to have done so, Los Colchoneros couldn’t have asked for a better start in this season’s Champions League.

Many people are asking, like Bayern Munich, is the third time the charm for Atleti in the Champions League Final? The Bavarians lost against Manchester United in the 1999 final, against Chelsea in 2012, but went on to win it under Jupp Heynckes in 2013.

The team isn’t exactly in the greatest of form, but the last game against FC Barcelona was very much like the Atlético Madrid of last season. Noteworthy pressing, excellent passing, picture perfect defending, only the finishing aspect was very absent. And that’s been a reoccurring theme this season. Atleti brought in French striker Kevin Gameiro last summer for squad depth, and he’s just not cutting it. Missing penalties, ruining counter attacks, an ineffective attempt for the third season running at replacing Diego Costa. He could be dropped for the young Argentine Angel Correa, who’s been having a great season, but hasn’t won a starting spot yet.

Yannick Carrasco, who scored the winner vs. Bayern Munich in the 1st leg of their group stage draw, is almost missing from games at times. It’s just not good enough, and as Cholismo reads, good enough is not even good enough. Only the best, and nothing but the best. Saul Niguez has joined the dissapearing act, too. He’s often under performed, and Diego Simeone has dropped the young Spaniard several times.

The midfield is especially relevant in the modern game, and with ours being in such amazing form, you couldn’t be asking for much more. Koke – Gabi is a superb pivot and it works wonders week in week out. As a result, we often dominate the midfield battle, but fail to capitalize on chances we used to score with our eyes closed.

Bayern Leverkusen will miss Hakan Calhanoglu for the remainder of the season. This should be a very big advantage for the Madrid side, as he’s one of the best attacking midfielders in world football. The Turkish international has been suspended by FIFA, as a result of breaching a contract deal with Trabzonspor.

I’m going for a 1-0 win for us on both legs, winning 2-0 on aggregate. We’ve got enough to hold them off, attacking wise and with Antoine & Yannick being in superb form, we won’t be lacking any goals.

There’s a smell of revenge hanging around Vicente Calderon, the revenge of a small Madrileño team who defeated all odds last season, but couldn’t beat Goliath. Atlético’s tactics have been quite sporadic recently, and Roger Schmidt’s Bayer Leverkusen, who have struggled to impress this season, will fight to salvage something from their disappointing season.

Diego Simeone has gotten his tactics right most of the time this season, and we’ll see if he gets them right

Can he lead this team to the promised land, for a third time? But now, let’s form a prayer circle and pray that he gets the princess, with it too.