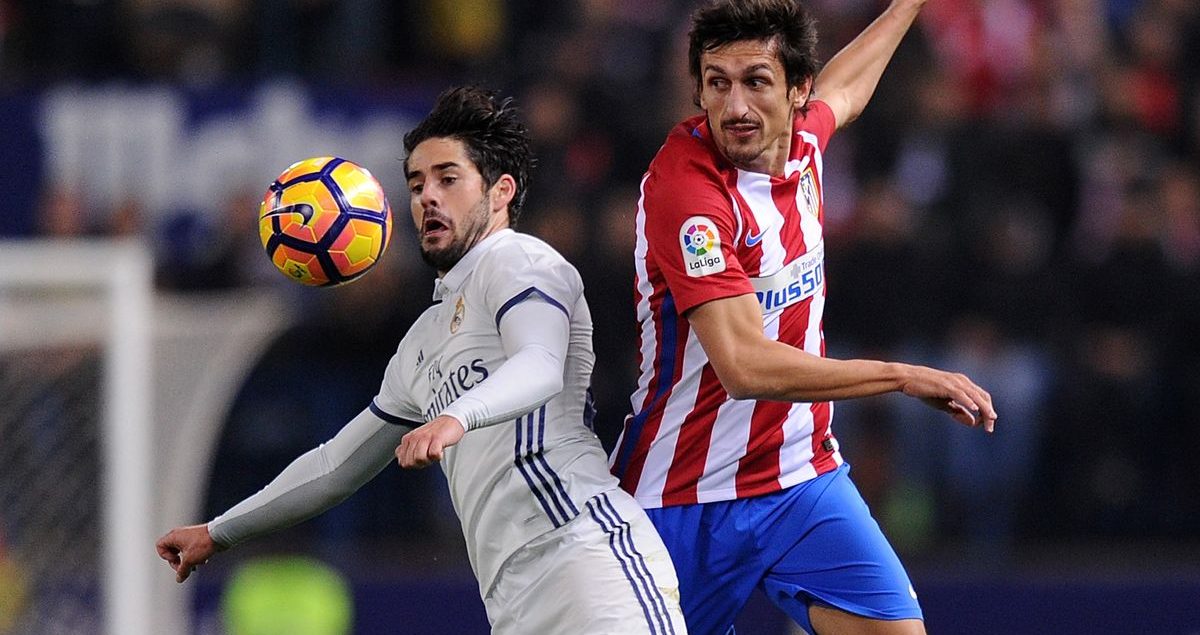 Before the Champions League semi-final draw, there was almost an expectation as to what was about to happen. When Atlético were drawn to face Madrid yet again, nobody was surprised. Having seen three Madrid derbies in the last three editions of the Champions League (final, quarter-final, final again), this fixture has almost become an expected feature. Something fans can’t get away from.

Atlético’s greatest foe are still on their path to become the first club to retain the illustrious trophy, with many at Real Madrid seeing this tournament as the club’s birthright, given their history in it. Atlético, once again, will be looking to stop Los Vikingos. Easier said than done.

Zidane’s men have spent most of 2016/17 at the summit of La Liga, only recently being caught by Barcelona. Despite this, they have looked defensively fragile for a large portion of the season, with their attacking strength (often from the bench) overcoming this. Having won 3-0 at the Vicente Calderón earlier in the season and played out a 1-1 draw in the Bernabeu more recently, Madrid will still view Atlético as a threat to their 12th Champions League title.

Everybody will have their opinion regarding which of the Madrid teams will be playing in this year’s final, but this draw is more complex than in previous years. It could be argued that right now, Real Madrid are relying more on the magic of Isco than the talent of their usual front three. The 25 year old comes into this two-legged tie in the form of his life. Arguably Isco has carried Madrid over recent weeks, scoring two crucial goals in the narrow 3-2 victory over Sporting at El Molinón as well as a wonderful performance against Deportivo, assisting Morata’s opener and bagging a goal himself. The creative midfielder is likely to play a big role now that Gareth Bale has suffered another injury setback. Atlético need to figure out a way to stifle his playmaking ability if they are to stop their cross-town enemies.

Atlético continue to rely on their star Frenchman Antoine Griezmann in the goals department, with 25 goals across all competitions this season, and this semi-final is unlikely to be different in that aspect. As usual, Atlético will look to absorb pressure at the Bernabeu and counter as they have done so many times before, hoping to nick that crucial goal (as Griezmann is so used to doing).

It could be debated that Atlético do have more to play for though – the second leg will be the last time a Champions League game takes place at the Calderón as the club move across Madrid to the (still unfinished) Wanda Metropolitano in summer. What better way to say goodbye than a win to take them closer to the trophy the fans crave?

Simeone is unlikely to see this as his ideal draw; nor will Zidane, but both managers will believe they have the players to progress. Injuries have been a problem for both clubs this season, especially for Atlético with 36 injuries across 2016/17 and both will have main players out for at least the first leg. Atlético are currently without Vrsaljko, Juanfran, Carrasco and Augusto, while Real Madrid will not be able to call on the services of Bale and Pepe.

It is a difficult fixture to call; Atlético seem to have recovered from their early season identity struggles (despite a midweek 1-0 loss to Villarreal), while Los Blancos bounced back from a 3-2 home loss against Barça to come back with a morale-boosting 6-2 win in La Coruña.

Real Madrid’s attacking threat and individual brilliance set them apart from most other clubs, while Los Indios have had one of the best defensive records in the world under Diego Simeone – as always, this clash will be fiery and filled with drama. Atlético will hope to finally overcome yet another hurdle in their quest for Champions League glory, but Madrid know this tournament better than anyone and won’t want to see any challenger take their crown.