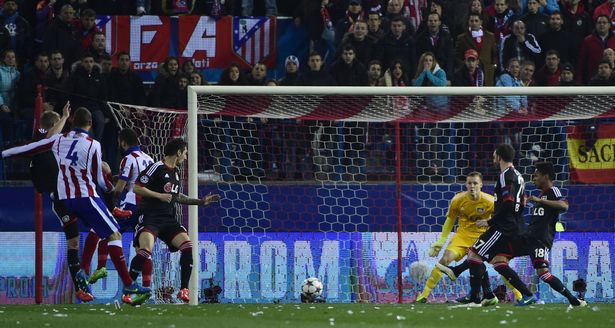 Let’s not sugarcoat it: it has been a terrible season for Bayer Leverkusen so far. They currently sit in 9th place in the Bundesliga, having accrued a disappointing 27 points. Not only that, they also got knocked out in the 2nd Round of the DFB – Pokal by third tier side Sportfreunde Lotte. One of the problems Leverkusen has had d this season is inconsistency. They’ve only displayed what they’re truly capable of in 5 games this season (Spurs, Bayern, Frankfurt, Monaco, Dortmund). Sometimes you really think you’re watching 2 different teams play when you watch Leverkusen from one weekend to another. Lack of experience is at the heart of this problem: the average age of the starting eleven is 23. In the past 4 games, this has been the case. They let a 2-1 lead against Gladbach slip to a 2-3 loss; Die Fohlenelf had not won an away game before this season. They lost 1-0 to then-17th Hamburg, and then delivered one of their best performances this season against 3rd placed Eintracht Frankfurt, thumping them 3-0. On Friday, Leverkusen conceded many chances to Augsburg, yet pulled away with a 3-1 win. Going into their clash against the reigning Champions League runner-ups, they have showed a lot of fluidity in the build-up, creating chances and preserving defensive solidity.

In comparison to their other competitions, Bayer have done very well in the Champions League. For the first time in 12 years of Champions League experience, they went undefeated en route to finishing second in their group. Here are a few key players to keep an eye out for in their round of 16 tie:

Kevin Kampl:
Simply put, he’s the engine in Roger Schmidt’s system. Without him, our whole style of play wouldn’t work. Everytime he gets the ball, he finds his teammates in dangerous positions and creates space in the final third. The 26-year old has not been in his best form this season due to his his partnership with Charles Aránguiz not having the same success it did last season. Now that our captain Lars Bender is back again, I expect him to return to his best form.

Karim Bellarabi:
The fact that he was involved in 15 goals in his last 17 Bundesliga games for the Werkself shows his importance for the team. After missing 4 months with a groin injury, he´s finally back with the team and giving Bayer the width and explosiveness they so desperately lack in his absence. With Hakan Calhanoglu’s ban, who was easily our best player this season, Bellarabi will have to turn up should we stand a chance against Atlético.

Aleksandar Dragovic:
After a tough start to the season, Dragovic finally adjusted to our system and can call one of the starting centre back spots his own. He is easily our best ball-playing center back, blending a mature calmness on the ball beyond his 25 years with outstanding leadership off of it. Atleti will test him and Ömer Toprak, who will likely start alongside him, because our fullbacks love to drive forward, and our center backs usually have to defend counter-attacks on their own. Against Atleti, this will be incredibly difficult.

This season, Schmidt’s system hasn’t worked as well as it has in previous years. We had a lot of possession in most of the games, but we lack the creativity to create the chances that cut defenses open. This was mainly the case against teams with a deep block, so it will be interesting to see how this works out against Atlético de Madrid.

After losing to Atlético on penalties in the round of 16 two years ago, Leverkusen will be looking for revenge and this is how I think they’ll line up:
4-4-2: Bernd Leno; Benjamin Henrichs, Ömer Toprak & Aleksandar Dragovic, Wendell; Karim Bellarabi, Lars Bender & Kevin Kampl, Julian Brandt; Kai Havertz, Javier “Chicharito” Hernández.

This is (apart from the center backs) exactly how we started in our 3:0 win vs Frankfurt but it worked out perfectly. I know that Roger Schmidt trusts the 17-year-old Kai Havertz as he started him against Bayern this season, but I’m unsure if he’ll give him the nod over Kevin Volland or Admir Mehmedi, even though I think he’d be the better choice. To win, we have to rely on Chicharito’s finishing, who, as we saw in 2015, knows how to knock Atlético out of the Champions League. Leon Bailey, our new signing from Genk, has not adapted to our system yet, having not made the match-day squad for the past 3 games, but he could be a factor in the second leg.
Our chances of advancing to the quarterfinals are extremely small. Diego Simeone is a much better coach than Roger Schmidt, and Atlético’s team has more quality than Leverkusen’s. Everything would need to work out in our favor in order to go through, and even though we normally turn up against good teams, it will be extremely hard to even win one game vs Atletico.