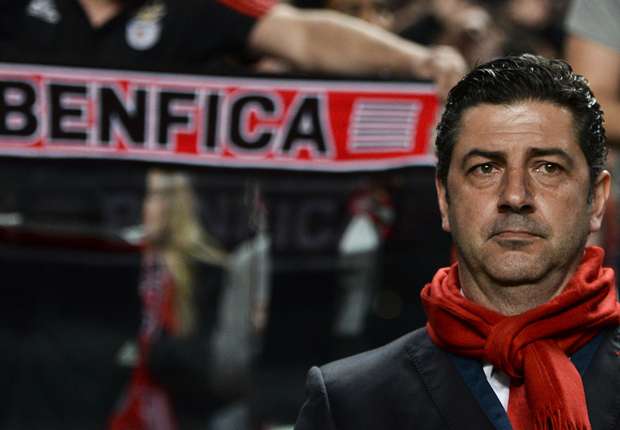 This Tuesday, Benfica will host Borussia Dortmund at the Estadio De Luz in its quest to break the Curse of Béla Guttmann.

In the following decades, Benfica lost that omnipresent reputation to the Ajax and Bayern of the ‘70s, the Liverpool of the ‘80s and the Milan of the ‘90s. Since 1962, Benfica has played 8 European finals and lost every single one in what has been called “the Curse of Bella Guttman.” After the Hungarian manager was denied a pay raise despite winning the past two European Cups, Béla Guttmann allegedly cursed the club, declaring, “not in a hundred years from now will Benfica ever be European Champion.”

In the 90’s, Benfica plunged into a financial crisis, as Porto increased its dominance both inside and outside the pitch. It was with the presidency of Luis Filipe Vieira that Benfica gradually regained its place at the helm of Portuguese football.

Benfica is the defending Liga Nos champion, having won three championships in a row. Despite their limited budget, they consistently challenge in Europe.

Benfica have achieved this dynasty through diligent scouting and development. With a scouting department that searches across the globe, the club has invested into cheap bargains like Di Maria, Ramires, Fábio Coentrão, David Luiz, Witsel, Nemanja Matić, Enzo Perez, Oblak or Gaitan, and selling them for a huge profit.

This combination of scouting and development has been brought about with stability in its management and technical staff, allowing the Águias to win not only championships, but in bringing through academy products into the first team. After 6 years with Jorge Jesus, Benfica appointed Rui Vitória, a coach that, beyond his fine technical and tactical skills, increased the importance of youth players in Benfica.

After some initial growing pains, Rui Vitória upheld the dynasty of Jorge Jesus. Rui Vitória had been a Benfiquista who had coached Benfica’s youth teams before reaching the summit in 2015: the manager of Sport Lisboa e Benfica’s first team.

In his first year, which started poorly with the Supercup loss to Jorge Jesus’ Sporting Lisbon, Vitória’s Benfica won the most points in Liga Nos history and were knocked out by Pep Guardiola’s Bayern Munich. Guardiola praised Vitória’s side: “They’re pure Sacchi,” while marveling at Benfica’s stalwart defense despite its ferocious pressing and high line.

This year, Benfica defeated Braga in the Super Cup and are currently a point ahead of Porto in the league. They are in the semi-finals of the Taça de Portugal.

Benfica bring to the table a collection of individual quality, clutch performances and excellent defensive organization.

At just 23, Ederson is already Brazil’s first choice goalkeeper and on the cusp of a move to Pep Guardiola’s Manchester City. The promising Brazilian goalkeeper, whom many believe is the future of escrete’s goal, managed to quickly take the place of former Brazil #1 Júlio César after the 23-year-old’s move from Rio Ave. Ederson stands out for the tenacity with which defends their goal, able to make save the blushes of Benfica’s defenders with incredible regularity. However, his ability to play the ball with his feet makes him stand out the most, earning him a place on the radar of several of Europe’s elite clubs.

Benfica’s defense has earned its plaudits throughout the years, and currently, it is the team’s most valuable asset. Nélson Semedo and Grimaldo are two of the most promising fullbacks in Europe. Both are world class going forward, while also offering reliable defending. Grimaldo will miss both legs of the Dortmund fixture, and will be replaced by the veteran Euro 2016 winner Eliseu. In the center of defense, the popular choice for Vitória is Luisão-Lindelöf, although Vitória has also gone with Jardel or Lisandro Lopez. Despite his tender age, Lindelöf is already a Swedish international, masterful at playing out of the back and at vertical passing.

In front of the defense lies the steeltrap destroyer Fejsa, skilled at interceptions, positioning and tackling. Fejsa can sometimes be found lining up between the two center backs in an auxiliary back three when Grimaldo and Semedo act as wingbacks in possession.

Nonetheless, the maestro of the team is Pizzi. This former winger has completed his metamorphosis into a enganche and has been the best player in Liga Nos this season. His decision making has improved tremendously this season, and despite his physical frailty, he has become a complete dynamo in midfield, contributing many crucial assists and goals. As a substitute, he has André Horta, a player who many consider to be the new Rui Costa.

On the wings, Benfica boasts quality and quantity with Eduardo Salvio, Rafa, André Carrillo or Franco Cervi and Andrija Zivkovic. Benfica can use a mix of speed, technical ability and decision making, youth and experience, a blend of playmaking and goals that is uncommon in Liga Nos.

Up front, with its customary use of pair of strikers, Vitória will likely go with Jonas, who just recently returned from injury, and Konstantinos Mitroglou. Nevertheless, it may be the case that Rui Vitória chooses to launch the combative Mexican international Raul Jimenez, who recently rejected a big money move to China. At any rate, it seems extremely likely the Portuguese manager will select Jonas, who has quietly become one of the finest late bloomers of his generation. After finding himself on the wrong side of 30, Jonas left Valencia for Benfica, where he has found his niche since arriving in 2014. A 36-goal tally last season doesn’t quite do justice to his sheer class on the pitch. He boasts effortless passing and hold-up play, constantly making plays to threaten the opposition.

Benfica alternates between a 4-4-2 formation in the defensive phase with a 3-5-2/3-3-4 formation in the phases with ball possession. The two central defenders are joined by a midfielder (Fejsa/Samaris or even Pizzi), the two fullbacks attack and combine with the wingers, one by the bylines and the other in the half spaces, looking for combinations with the midfielders and the strikers, or crossing into the box. One of the forwards (usually Jonas) drops back and finds passing lines through the center.

I expect a conservative first leg. Dortmund will try to have more ball possession, as is Tuchel’s prerogative, and they’ll attempt to dominate the midfield. Benfica is suited to this type of match, similar to their matches against Bayern last year, where they surprised the Bavarians with quick counterattacks. With 65,000 fans cheering them on, Benfica will test Dortmund’s defensive organization and make it a thrilling encounter.