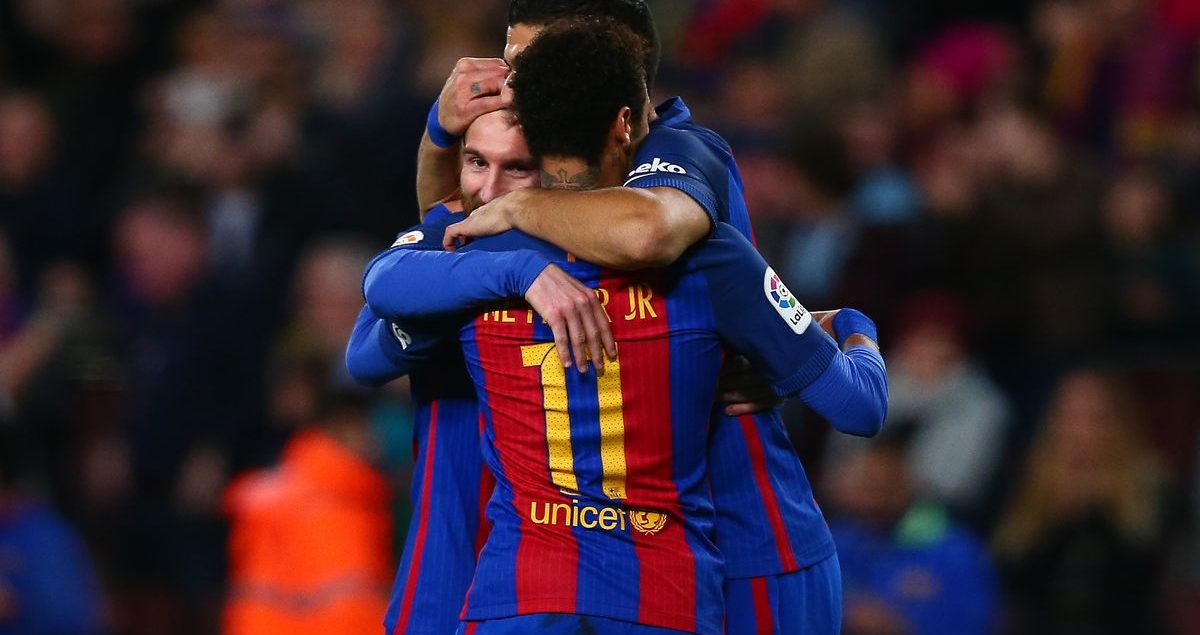 “The unstoppable force meets the immovable object” doesn’t get more literal than this. Juventus host FC Barcelona in a repeat of the 2015 Champions league final. Previous encounters between the two sides have been fairly even. Both teams have faced each other 10 times, each team with 4 wins, and 2 draws. Both teams couldn’t be more different, Juve’s sturdy and gritty defensive unit going up against Barcelona’s free flowing attack. One team would rather close down shop and win 1-0, the other will keep on chasing goals even if it means conceding.

With injuries to Aleix Vidal, Rafinha and Arda Turan, and with Sergio Busquets suspended, Barcelona coach will have to tinker and players will have to adapt to new roles and position come Tuesday night.

Since the infamous 4-0 loss defeat to PSG at the Parc de Princes, Barcelona have been running a 3-3-1-3 with Lionel Messi in between the two lines of 3.

Given the injuries and suspensions, especially that of midfield linchpin Sergio Busquets, off-form and heavily scrutinized Portuguese international Andre Gomes is expected to start at pivot. Andres Iniesta and Ivan Rakitic will complete the midfield trio. Neymar, Suarez, and Sergi Roberto are expected to start up front, with Lionel Messi behind them. The back line will be the usual Mascherano-Pique-Umtiti, with Marc-Andre Ter Stegen in goal.

As per the line up above, Barça are most likely setting up in a diamond 3-4-3, bar some last minute fitness issues. Up until the embarrassing loss to PSG, it looked like Barca’s poor management had finally caught up to them, having failed to plan for life after Xavi Hernandez, and Dani Alves, who coincidentally, will be going up against the club where he won so much and enjoyed the peak of his career. Without a proper right back or orchestrating midfielder, Barca tried to plug in random pieces and keep the same set up that worked for years with both legends, and this failed miserably. Ivan Rakitic found himself on the bench for a large part of the first half of the season and Sergi Roberto was out of his depth at right back. That coupled with Jordi Alba’s and Sergio Busquets’ poor forms led to Barca accumulating the least amount of league points after 19 games since 2006-07.

A switch to a 3-man back line killed two birds with one stone. It eliminated fullbacks from the team completely and permitted Barca to field Pique, Mascherano, and Umtiti all at the same time. The midfield workload was also reduced by simply having more bodies in the middle of the pitch. The System allowed Lionel Messi to start centrally and freely roam in the final third while keeping width on the right side, which had been lacking with Sergi Roberto at Right back. Messi and Neymar have been able to play closer together and combine to devastating effects, though Neymar is tasked with even more defensive responsibilities. Sergio Busquets has been one of the biggest beneficiaries of the new set up as he is no longer isolated and can pick out a pass to Messi, who positions himself directly in front of him.

Everything has its pros and cons, and the 3-3-1-3 is no exception. If executed poorly, it leaves Messi isolated and in 1 vs 4 situations which limits his influence during games.

Naturally as in any wingless system, it takes a toll on both wingers who have to put in a shift defensively and both wings can be easily exploited by teams who emphasize on wing play.

Who else but Messi?

This season’s Champions league top scorer (11) will be looking to add to his tally and propel Barça past Juventus. He has been in fine form over the past few weeks under the new formation playing behind the frontline, though that hasn’t stopped him from scoring. His triangle with Neymar and Iniesta will be hard to mark for any defense.

In what will be a mouth-watering tie, will the best defensive unit in Europe suffocate one of Europe’s best attacks, or will Barca prove that attacking really is the best form of defense?