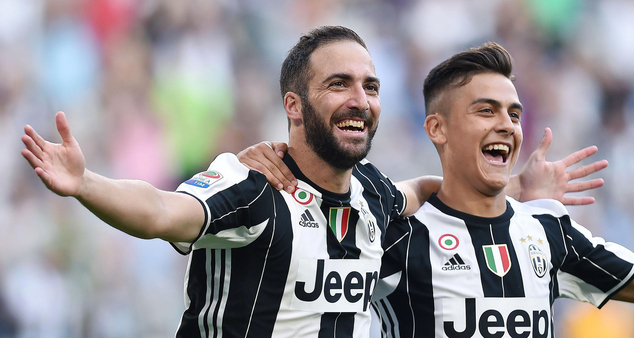 As soon as the Champions League draw for the quarter finals of this year edition was revealed, there were two games that took all the attention: Real Madrid vs Bayern Munich and Barcelona vs Juventus. While the two Spanish giants and the Bavarians were undoubtedly the three greatest European sides for the past few years, Juventus looks at the moment as the team that has the weapons to trouble those teams the most, alongside Atlético Madrid.

While both teams dominated their respective groups without much drama, the first knockout stage was very different for each side. The five-time Serie A defending champions advanced with ease against Porto, winning both games comfortably (1-0 and 2-0), while Barcelona had to pull one of the most memorable comebacks in the history of the competition against Paris Saint Germain, winning the return leg 6-1 after losing the first one 4-0.

The tie will be a very interesting duel of contrasts, with Barcelona being the team that has scored the most goals in the competition so far, 26, and Juventus being the team that conceded the least, 2. Lionel Messi is also currently the top goalscorer of the competition, with 11 goals, only three goals away of his highest tally ever in a single edition of the tournament, in 2011-2012.

The most recent matchup between the two teams was during the Champions League final only two years ago, when Barcelona clinched the trophy winning the game by 3-1. While the Catalans have almost the same team that won the title that season, while the Bianconeri have seen many changes in their starting XI. The biggest improvement came in the wings with the signings of Alex Sandro, Juan Cuadrado and Dani Alves, who played at Barcelona for eight seasons, and upfront with Gonzalo Higuaín and Paulo Dybala. On the other hand, midfield appears slightly weaker, after the departures of Paul Pogba and Arturo Vidal (nonetheless replaced very well with Miralem Pjanic and Sami Khedira).

For Barcelona, a crucial absence will be that of Sergio Busquets, who was booked in the return leg against PSG and will be forced to sit out the game at the Juventus Stadium. Juventus will have the full starting XI available, as it’s been confirmed both Pjanic and Mandzukic will finally be fully fit for the game after some physical concerns. The biggest absence for the hosts will be Marko Pjaca’s, who tore his ACL during the latest international break and is out for the rest of the season. Although not a starter, he proved to be a valuable option off the bench in the R16, scoring the opener in a very close game against Porto. He’s also the only natural winger in the squad aside from Juan Cuadrado.

While it could be argued that current form matters little for these type of games, it’s Juventus that arrives playing at a higher level to this tie, having won 14 of the last 17 games played. The only loss during that period came last week against Napoli, but in a two-legged tie after having won the first game and with qualification seemingly secured. Barcelona on the other hand, lost two of their last five games for La Liga, something that doesn’t happen very often for the Spanish giants, including a very poor showing last matchday in the defeat away against Málaga.

The Argentinean striker played his best game of the season against Chievo last weekend after facing a slight drop in form the past few weeks and wants his first night of glory in the European stage. He’ll also have the chance against Lionel Messi himself to prove why he is considered the heir to his throne.