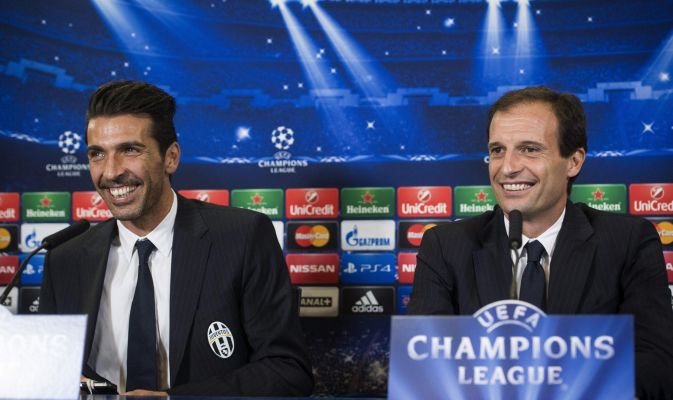 This Wednesday, Juventus and Porto will meet in the Estádio do Dragão in the first leg of what promises to be one of the most thrilling encounters of the first knockout stage of this season’s Champions League. Without losing a game, the visitors topped a complicated group that included back-to-back Europa League champions Sevilla and Lyon, while the hosts had to settle for second best behind the revelation of the competition so far, Premier League champions Leicester.

The Italians are comfortably leading the Serie A title race, 7 points ahead of Roma and 9 ahead of Napoli, which will allow Massimiliano Allegri to rest some key players during next week’s game against Palermo. The bianconeri have won their last 28 league games at Juventus Stadium, and it appears highly unlikely that they should be troubled by Palermo, who currently sit in the relegation zone, even with a line-up of reserves.

During the group stage, the Italian champions conceded just 2 goals, making them the most solid team defensively remaining in the competition alongside Atlético de Madrid. Recently, Allegri shifted from a three-man line at the back (with two wing-backs in midfield) to a four-man defense. It remains to be seen if the team will offer the same security at the back with this new formation in the Champions League. It has certainly worked wonders in Italy, as Juventus is the team with the most clean sheets across Europe’s top five leagues in 2017 (six in seven games).

Juventus will be seeking redemption from last year’s Round of 16, in a nail-bitingly close tie against 2013 champions Bayern Munich. In the first leg in Turin, the hosts came back from a 0-2 half-time deficit and tied the game, while the Germans returned the favor in the second leg and eventually won the tie with a 4-2 aggregate score in extra-time. The season before saw Juventus reaching the final for the first time since 2003, in which was undoubtedly the club’s greatest run in Europe in recent years.

The last time the Italian champions faced a Portuguese club in Europe, they were eliminated by Benfica in 2014 Europa League semifinals, preventing them from reaching the decisive match that was played at Juventus Stadium. They also met with Porto in the group stage of the Champions League back in 2001, winning 3-1 at home and getting a goalless draw in Portugal. Nonetheless, their most important meeting against Porto was back in 1984, in the European Cup Winners Cup final, when the bianconeri clinched the trophy in a 2-1 victory.

Player to watch: Gonzalo Higuaín. The Argentinean striker has hit top form in 2017, scoring 8 goals in 7 games, more than any other player across Europe’s top 5 leagues. The former Napoli player was signed by a staggering €90 million fee this past summer, but the investment is being rewarded so far, and now it’s time to show if he can deliver in the Champions League as well.