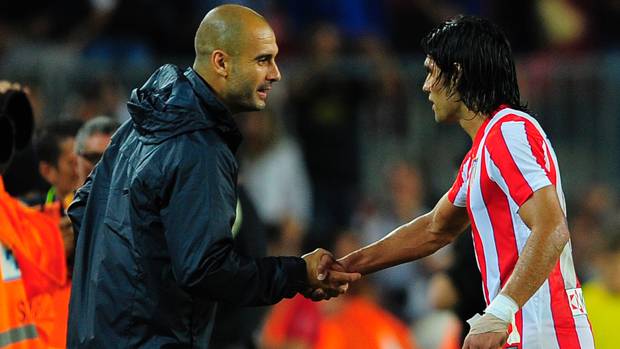 In what has been nothing short of a tumultuous season for Manchester City but there finally appears to be some returning stability, a timely return to form. A draw against Spurs ultimately proved underwhelming due to the nature of the performance but the energy undoubtedly carried over to proceeding matches against West Ham and Swansea. Preceding the Monaco match, City face Bournemouth and Huddersfield, and should the form continue, two wins can be expected.

As with any team in form, the accountability falls onto the players and for that there have been plenty of stars for Manchester City in recent weeks. Leroy Sané has proven himself a worthy asset for City this season, notably on the biggest stages. Matches against Chelsea, Spurs, and Arsenal have exhibited the youngsters incredible speed and acceleration, along with smart decision making and a clinical edge. He has shown glimpses of what made Gareth Bale so terrifying in the Premier League, Pep and City fans alike will be hoping he can reach that same stardom. Sane is accompanied by what, in early days, has appeared to be a fluid and riveting attacking trident of Sané, Jesus, and Sterling. The Brazilian’s entrance to the Premier League has been nearly a perfect start and he is not only performing well himself, but also elevating those around him.

Proceeding to the midfield positions, Yaya Touré has proven himself to be a footballing renaissance man. Touré was nothing short of a liability in a pivot under Pellegrini, yet suffices on his own in the midfield, at least in deeper positions. To be fair, he is accompanied by the phenomenal Kevin De Bruyne, who too has altered his game under Guardiola. While on any City team sheet this transformation may be less than apparent, his in game positioning tells a different story. On countless occasions this season, De Bruyne has dropped incredibly deep into the midfield and has been a catalyst for counter attacks and frankly, everything good from the Sky Blues.

Placing expectations on a Pep-led City side is a fool’s game, but the numbers predict a game no short of goals. While the City defense has seen improvement in recent weeks, it’ll be thrown a whole new test in Europe’s best attacking side. A massive dynamic of the game will undoubtedly be on the wings. Monaco have fantastic fullbacks, who are a huge part of their attacking game, along with well drilled crossing movements and timing. City’s fullbacks will be under immense pressure all match, certainly a weak spot for City. Monaco and City take on very different structures, the former being very narrow whereas City are far more expansive. City will definitely look to catch Monaco out on the counter, especially considering how important the Monaco fullbacks are to their attack, there will definitely be space for City’s front line.

There is an air of confidence with Manchester City that has been lacking since the beginning of the season and it could not have come at a more crucial time. City’s attack looks as sharp as it has all season and the defense is looking more and more solid, at least as solid as it can be bearing in mind the personnel. Having said that, Monaco are no meagerly task especially considering the season they are having. Pep has more often than not gotten his tactics right against the big clubs this season, and he’ll need more of the same against a high-flying Jardim side.