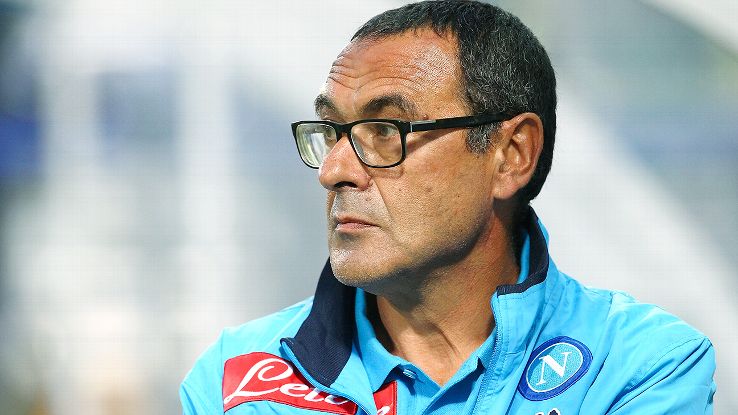 The Azzurri are headed into Wednesday’s clash against Real Madrid in fine form having secured their 18th consecutive positive result after an impressive, though not spectacular, 2-0 win over Genoa on Friday. It wasn’t a stunning performance from Sarri and his men but winning without playing your best is an important characteristic for any competitive team to have and has been lacking in Napoli sides of the past. While some fans were initially disheartened at having drawn powerhouse and defending champions Real Madrid in the round of 16, the general mood is that of cautious optimism as the match approaches. The general feeling is that if Napoli can get out of the away leg with a manageable result then anything can happen in what will be an absolutely electric San Paolo for the second match. Here is a look at the side as we approach the showdown.

The strengths
Napoli’s strength is undoubtedly its attacking firepower. The Azzurri have been drawing praise around Europe for their sharp, attacking style of play. Dries Mertens has transformed himself from a player who was most dangerous as a wide attacking player, to a truly lethal center forward. He is currently battling with the likes of Dzeko, Higuain and Icardi for the capocannoniere title in the Serie A. Napoli’s attacking trio of Insigne, Mertens, and Callejon has given headaches to defenses across the Italian Peninsula and Europe. Mertens as a center forward makes the Napoli attack incredibly agile and quick. What it lacks in physical strength, it makes up for in skill and shiftiness. This is incredible since in the past year Napoli have lost 2 of their starting strikers. There was of course the Higuain betrayal that occurred in the summer as the Argentine hitman moved north to join bitter rivals Juventus for 95 million euros. After losing the player who had just set the Serie A record for goals scored in a single season (36), it was only natural to expect the Napoli attack to lose some of its potency. Yet as the season started it was summer acquisition Arkadiusz Milik from Ajax that would come in and lead the Napoli attack in impressive fashion. The Pole easily settled into his new team and hit the ground running as he was able to bag an impressive 7 goals in 9 appearances averaging a goal every 85 minutes. Just as fans began to feel that the attack would still be able to prosper with Milik leading the way, the Polish striker tore his ACL while away on international duty against Denmark on October 8th. Losing Milik was a huge blow to the Azzurri faithful. His more natural backup Manolo Gabbiadini would never seize the opportunity afforded him to lead the attacking line and that would leave the door open for Dries Mertens to step in. While taking some time to get comfortable in his new role, the Belgian forward would eventually hit stride and begin to find the back with consistency taking him to the top of the Serie A scoring table. In January, Napoli replaced the often disappointing Manolo Gabbiadini with Leonardo Pavoletti. The former Genoa man is a more natural and traditional striker who is especially strong battling in the box and winning headers. His addition adds another dimension to the Napoli attack. Leading up to the matches against Real Madrid, Milik has just begun his return to the fold and could be fully integrated back into the squad by the time the second leg comes around. In short, the already explosive Napoli attack has just equipped itself with two new weapons going forward. It will be up to Napoli coach Maurizio Sarri to figure out how to use them.

The Depth
If there is one thing that really sets this Napoli side apart from those of years past, it’s certainly the depth. With the money from the Higuain sale and Champions League qualification, Napoli wisely invested the funds throughout the squad reinforcing the defense, midfield and attack. The midfield in particular received a nice injection of youthful talent with the additions of young starlets Marko Rog, Amadou Diawara and Piotr Zielinski. The latter two have been pushing their way into the first team and will be threatening both Jorginho and Allan for starting positions come the Champions League clash against Real Madrid. Diawara is an extremely well-rounded center midfielder who despite his 19 years of age, has proven to be as cold as ice when it comes to dealing with pressure situations. Zielinski offers more of an attacking threat than Allan does in the midfield. He is at his best driving into space going forward and picking out his teammates with clever passing. They will be two to keep your eyes on should they get their chance on the pitch.

Key Players
It wouldn’t be right to talk about Napoli heading into this match and not mention two of their most popular players; Marek Hamsik and Kalidou Koulibaly. Hamsik has fully embraced his role as captain and symbol for this team. The Slovakian has been in some of the best form of his career and has really soared under the guidance of Maurizio Sarri. Marek’s biggest problem had always been his inconsistent form but it seems that Marek’s off days are few and far between now. Hamsik’s ability to link the midfield and offense is incredible and at any moment he can pull off a sublime pass to put a teammate through on goal or let lose a rocket from distance to find the back of the net. Marek in many ways is the soul of this team and often the fate of the side is reflected in his performance.

Kalidou Koulibaly was the center of transfer speculation this summer as Conte and Chelsea did everything they could to try and secure the Senegalese defender’s services. Napoli were not intent on losing two starters from last year’s team though and managed to resist the onslaught of bids for their young talented defender. Kalidou has continued his strong defensive performances this year and is just making his return from the Africa Cup of Nations. Koulibaly is a tenacious center defender and possess physical attributes second to none. You can often spot him stealing the ball away from opposing attackers or outmuscling them for position. Paired with Albiol, the two form a complimentary centerback combination combining strength, experience and wise positioning.

Weaknesses
Despite being considered by many the side that plays the best football in Italy, Napoli are currently 6 points behind Juventus who have a game in hand. That is because Napoli have a bad habit of dropping points even in matches that they largely dominate. Napoli have given up the second fewest shots per game but have given up 26 goals. They have let in 10 more goals than Juventus. It would be too easy to simply blame the defenders as the problem seems to go deeper in that. The team as a whole has lapses in concentration that at times costs them heavily at the final whistle. Whether it be a silly defensive error, a misguided midfield pass that leads to a dangerous counter or a clear-cut chance wasted by an attacker, Napoli will at times get less out of a match than they deserve. These lapses are likely the result of a lack or experience or missing winning mentality and killer instinct in the side. It is something that Napoli coach Maurizio Sarri has noted and said is the area where Napoli will have to improve in order to take the next step to be able to compete for titles. The side have shown some progress in this respect over time and are slowly beginning to develop that winning attitude that is present in the very best sides.

Conclusion
No Napoli fan is crazy enough to demand a victory against Real Madrid but given the spurts of incredible football the side has shown throughout the year, the recent run of especially good form and the rather terrestrial performances of Los Galacticos as of late, Napoli supporters are beginning to look forward to this test in order to get a better idea of where their side truly stands in the ranks of European football. Napoli have a history of giving their best against the best, and considering the heights of the side’s peaks in form this year there is more than enough reason to remain quietly optimistic despite the odds on paper. At the very least, it should be an entertaining affair and hopefully in the end two matchdays worth remembering.