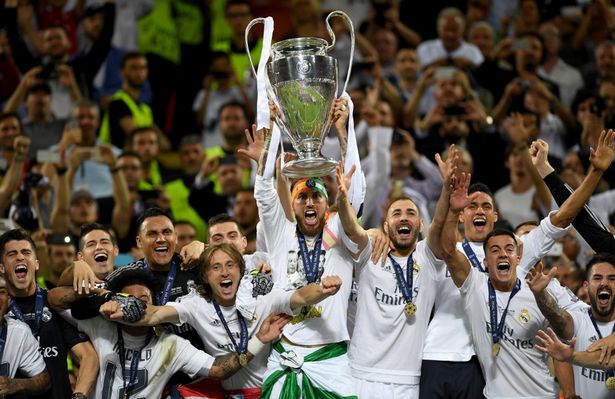 It is finally that time again, Champions League football is back. The reigning European Champions, Real Madrid, host Napoli on Wednesday, February 15th 2017. However, as a Madridista, I’d be lying to say that there are no worries concerning this season’s performances. Despite Real Madrid topping La Liga this season, they haven’t quite hit top level; they’ve been scraping results without playing stellar football. There are plenty of reasons why we haven’t been ‘great’, many injuries, key players underperforming, unsettled players etc. In spite of the fact that we’ve been average this season, Real Madrid are always a threat to any club in Europe.

This season, Carvajal and, Marcelo especially have been Real Madrid’s extra attackers. Attacking from the flanks, the full-back pairings have undoubtedly been the most dangerous attackers in Real Madrid this season. Carvajal and Marcelo have 12 assists (6 each) combined this season, more than any other full-back pairing in Europe this season. Marcelo, makes up for being weak defensively by showing his class offensively, Carvajal on the other hand is complete in both aspects, defensively and offensively and will be a pain for Insigne on Wednesday, especially with Lucas Vazquez possibly starting to help out Carvajal cover Insigne. Aerially, there shouldn’t be much of a threat especially since there is a big height difference between the front three of Napoli; Callejon, Mertens, Insigne compared to Ramos, Varane and Casemiro. An advantage that Real Madrid have over the Italians is our bench players (Isco, James, Kovacic etc) that can come on and instantly impact the course of the match.

As usual, the biggest worry for Real Madrid is their shaky backline, there have only been a handful of matches this season where Real Madrid looked composed at back, Napoli surely will look to take advantage of this especially because of their fine form in front of goal. Two more concerns are, Ronaldo and Benzema. This season the two have been below their standards, especially Karim. They look totally isolated and they completely lack confidence, Cristiano this season as usual gets on the scoresheet but doesn’t impact the team’s overall performance, he’s always a ‘spectator’ especially in big matches. Benzema on the other hand, isn’t getting on the scoresheet and he also isn’t getting involved in the team’s play, he has been very lucky that his friendship with Zidane has made it difficult for the manager to drop him for Alvaro Morata who has been on much better form. The biggest concern for me personally is Modric, he has just recovered from injury but didn’t look sharp and fit enough vs Osasuna. Modric gets the whole team going, linking up perfectly with teammates, picking out passes out of difficult situations, carrying the ball under pressure, at the end Luka Modric is the most influential player on the pitch. If he is having an off day, the whole team will be underperforming but if he’s having a magical night, his teammates will also have a great match. He is the stand out performer of the team.

The player to keep an eye for, would be Toni Kroos for me. Kroos will have had 17 days to rest ahead of the UCL tie, but sharpness won’t be a concern for the German as he always seems to be 100% under any circumstances. Toni has the special ability of making everything he does seem simple. Kroos plays simple but effective football. On many occasions during the match, Kroos likes to drop deep behind Casemiro, collect the ball and orchestrate the play, Kroos sets the rhythm that the Real Madrid players play in. Space is Toni Kroos’ best friend, he is always able to find the space to have the right amount of time on the ball and pick out the perfect pass. Playing simple isn’t as easy as it sounds, there are only a few players like Kroos left in the football world that can dictate the way their team plays and controls their tempo. It was no surprise in 2014 when Ancelotti was quoted saying: “He [Kroos] is another professor.”

I would be more surprised to see Real Madrid dominate Napoli on the pitch, as I expect the complete opposite. My gut feeling tells me that Napoli will be all over us similarly to Roma last season at this stage in the Champions League, but as usual, individual brilliance will be enough to win us the match. I am going for a 3-1 first leg win for Real Madrid.