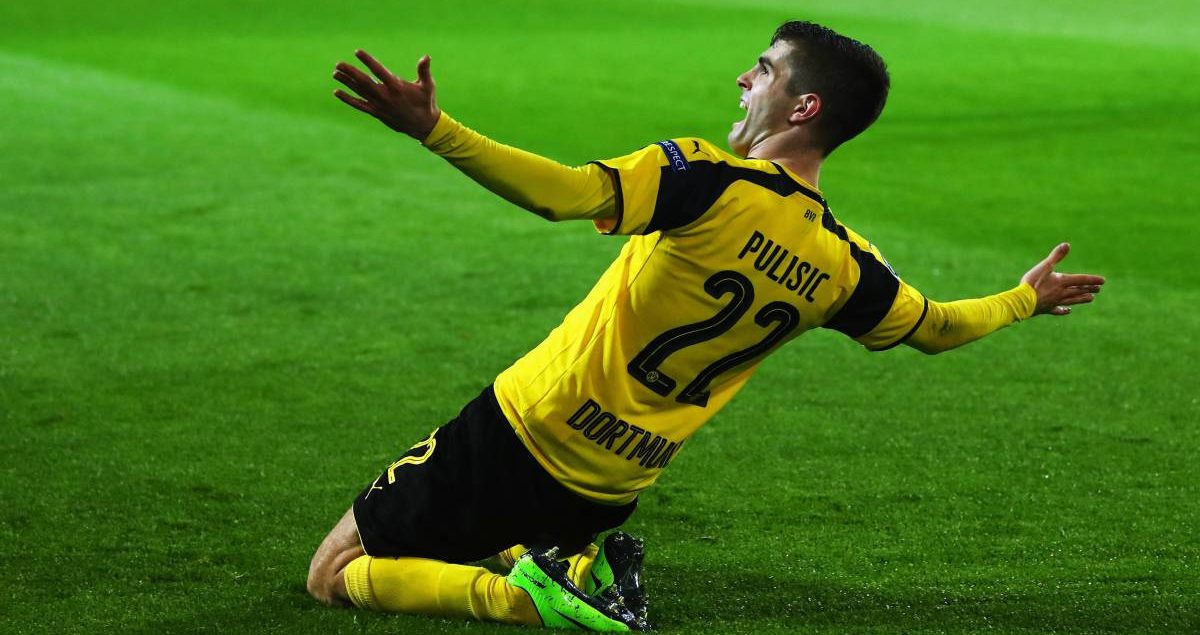 History was made on Wednesday as Christian Pulisic joined Chelsea for a fee of $73 million. The transfer fee is a record for American players, and while Pulisic has bags of potential, excitement and expectations should be tempered.

Two years ago, the hype surrounding the young American was astronomical. He had finally broken into the Dortmund first team and was a regular performer for Thomas Tuchel’s side, but since then, his development has stagnated. The now 20-year old has been pushed out of Dortmund’s starting lineup over the course of the 2018/19 season, thanks to the emergence of Jadon Sancho. It isn’t an indictment on Pulisic’s talent, but his departure was inevitable after an accumulation of various factors. With Sancho’s emergence, a switch in style due to Lucien Favre’s arrival, as well as a contract dispute, it was clear that Dortmund were ready to move on from Pulisic.

The transfer makes sense from both a business and a marketing standpoint from Chelsea, who will now largely benefit from an increased American audience. From a footballing perspective, it’s a dangerous game to pay such a large fee for a youngster who has seen his development halt for the time being.

With 18 months left on his contract, Chelsea made their move, and although the price tag is hefty, the lack of depth and quality currently in West London is damning. The move was an obvious, albeit expensive, transfer with questions surrounding their current crop of wingers: superstar Eden Hazard continues to be linked with a move to Real Madrid in the summer. Willian is now 30 years old, and the alarming lack of end product from the Brazilian means Chelsea must look to move on. Pedro is 31 years old, and while he has been productive, he looks likely to resort to a role off the bench. The Blues do have one of Europe’s best young talents on their books in Callum Hudson-Odoi, but his future remains in doubt amid links to Bayern Munich and a lack of game time.

With all that being said, it’s no surprise to see Chelsea go after Pulisic, but what should Chelsea fans, and American neutrals, expect? There is no doubt that Pulisic is an exciting player to watch. The 20-year old is lightning quick and doesn’t shy away from taking on any defender in front of him. Pulisic is at his best when playing in a free-flowing, high pressing attack, and he should dovetail nicely into Chelsea’s front three, offering plenty of attacking flair to Stamford Bridge. He has quick feet and an ability to maneuver out of tight spaces, similar to Eden Hazard, albeit to a far lesser extent. The American is a clear upgrade on Chelsea’s right wing, but there are still pieces missing and reasons to be wary.

The particularly worrying aspect for Chelsea is the lack of end product, which is already a severe problem for the English giants. Pulisic has been involved in just 5 goals in 18 appearances for Dortmund this season, notching 3 goals and 2 assists across all competitions. The 20-year old has scored just 12 times in his 107 appearances for the German side, which doesn’t exactly warrant a fee close to $73 million. While his lack of end product is an issue, it’s one that can be fixed and improved upon. In addition, Pulisic’s desire to hold onto the ball has become an issue at times and he finds himself dispossessed far too often. While the talent is evident, he can be frustrating and inconsistent.

Both the positives and negatives are clear as day, and it’s a risky move from Chelsea, but one that could pay high dividends. Pulisic remains one of Europe’s most intriguing talents, and the hope is that his development is reignited with a change in scenery. Ideally, Pulisic will find himself deployed on Chelsea’s right-hand side and playing a style of football under Maurizio Sarri that suits his individual style of play. He’ll have to up his production in the final third, which will take some time. It’ll take patience from Chelsea fans and USMNT fans alike, especially given Pulisic’s recent stagnation in development.

It’s easy to be skeptical about the transfer, especially considering Pulisic’s lack of end product, the transfer fee itself, and Chelsea’s hot-and-cold history of developing young players. The potential is there and Christian Pulisic now has a fresh start, but it’s up to him to take his chances and show the world he’s worth the price tag.