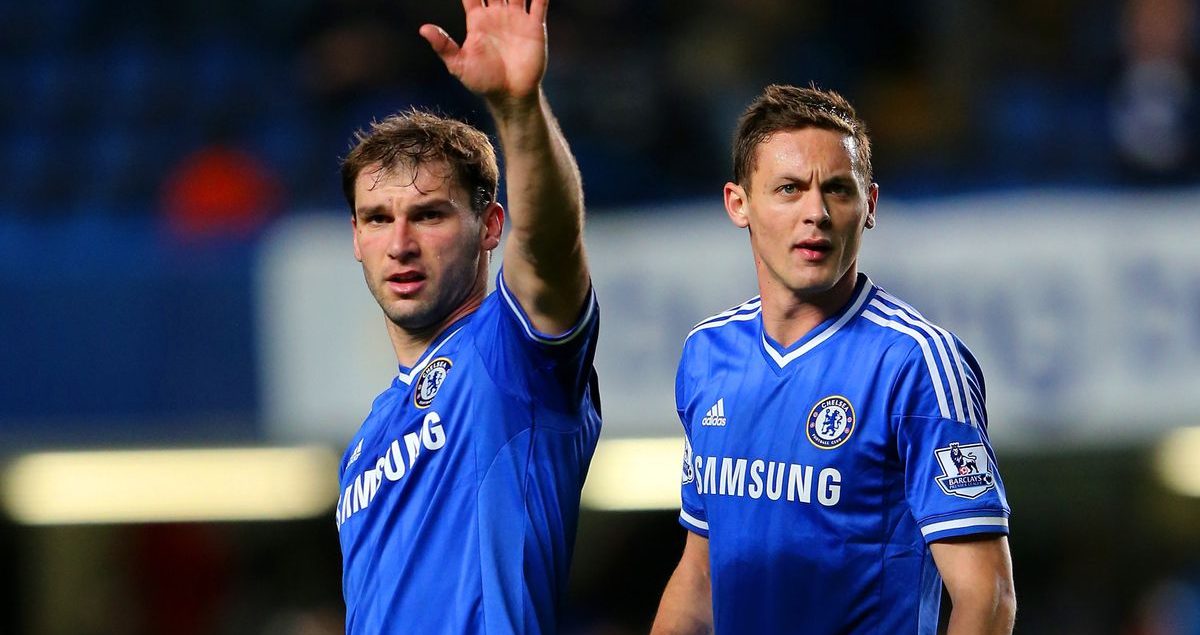 On the business end of an early Chelsea counter, Toby Alderweireld clipped Pedro Rodríguez on the edge of the area and Martin Atkinson rightly booked the Belgian and awarded the Blues a set-piece in dangerous territory.

Willian Borges stepped up and struck spectacularly to send Chelsea fans wild and in the early moments of the second half, the Brazilian would cap off a brilliant afternoon, dispatching a penalty to restore Chelsea’s lead after Harry Kane had restored parity.

There are many ways for a man to make his mark in a Wembley classic; a brilliant free-kick and a delicious penalty are some of those, but by the time Dele Alli pulled Spurs level again, Willian’s efforts were quickly obliterated from the memories of all spectators in blue.

When a manager throws on two utterly beguiling forwards, he’s not trying to force extra-time or penalties, he’s practically making it clear that he wants to win the game.

Antonio Conte would make a substitution that immediately yielded returns. Both Eden Hazard and Diego Costa weren’t under any illusions of what was expected of them, and it didn’t take long for the Belgian playmaker to restore Chelsea’s lead.

Yet, it wasn’t until Hazard dazzled from left to right, leaving Spurs defenders in the fog, and rolling the ball into Matić’s path…. that the Blue section of Wembley breathed a huge sigh of relief.

For his playing position, Nemanja Matić, understandably, is not a scorer of many goals, but because piledrivers are piledrivers, it is the YouTube montage of Chelsea’s fourth and final goal that endures as the stand-out moment of a six-goal thriller amidst 86,000 Wembley spectators.

That goal only further endeared the Yugoslavian to the Chelsea faithful, who of course already knew, that this was a defensive midfielder who, haven cut his teeth in Liga NOS with Benfica, returned to the bridge as a vital cog in José Mourinho and Antonio Conte’s wheels of domestic triumphs.

Seventy-percent of the earth is covered in water and we’ve been told of a great French interceptor who covers the rest, but before N’golo Kante, there was the aggressive, tactically aware, imposing figure of Nemanja Matić whose in-game intelligence made life very easy for Eden Hazard, Willian Borges and of course, Diego Costa.

Straight into first-team duties on his return to Cobham in , The blue beast, like Michael Essien, transformed into the typical Jose Mourinho player. Not just part of the machine that made Chelsea’s midfield thrive, Nemanja Matić was the very machine; intercepting, recovering, holding, and distributing for the glory of the Roman Empire.

Although, he would play a vital role in Antonio Conte’s first year in charge, the tactician from Turin deemed the Serb’s style of play unfit for his plans of a fluid, fast-paced midfield machine.

News of Tiémoué Bakayoko’s arrival had already filled Cobham, and predictably so. But it was the shocking departure of Matić in January, that made the media question Antonio Conte’s decision making.

Only one phase of the Italian’s weird relations with Serbian Internationals.

Football is a very simple game, and there can be many methods to your opponent’s madness, yet, there are two positions from which you are paid to deal fatal blows whilst looking your enemy in the eye –defenders and center forwards.

After winning the Russian cup with Lokomotiv Moscow as a promising youngster in 2007, Chelsea secured the services of Branislav Ivanović for a fee in the region of 9million pounds, but the young man from Mitrovica would have to wait eight months for his first-team debut.

Not all things are worth the wait, but by the time Ivanovic scored the winning goal for Serbia in a crucial World Cup Qualifying fixture vs Romania, interim Chelsea boss Guus Hiddink began to realize that this was one competitive animal with a big heart, according to Club legend Frank Lampard….. “You only have to look at him once to see what a beast he is, a man you want on your side”

Circumstances that would shape a player’s destiny are usually random and accidental, but it is almost always the timing of events, and the consistency afterwards, that transforms men from bench warmers to club legends.

By the time Luis Felipe Scolari was shown the door in February 2009, the Blues found themselves in the middle of a storm. Sitting fourth on the domestic Log, the 2008 Champions league finalists flirted in the neighborhood of Europa League business and although Ivanović was hardly a cog in Hiddink’s regenerative wheel, the gods had already prepared a table for the big Serbian, in the presence of a bitter enemy.

In April 2009, following a spirited performance against Calcio giants Juventus, Chelsea faced a dreaded adventure to Anfield in the first leg of the Champions league quarter-final. Rafa Benitez had gotten the better of Jose Mourinho in 2005 and 2007, but while the Portuguese was gone and the Spaniard remained, revenge remained top priority for Hiddink’s wounded army.

It was Branislav ‘two-goal’ Ivanović who dealt the first fatal blows for the Blue army. Trailing to a Fernando Torres opener, the Serbian full-back headed Chelsea level and put them in front before the immortal Didier Drogba buried the game.

The return leg of that tie produced a further eight-goal thriller at Stamford Bridge, four goals apiece, and as Hiddink’s troops soldiered on, Ivanovic’s headline-grabbing contribution continued to echo through the corridors of European football.

En route Roberto Di Matteo’s fairytale in 2012, on that fateful night in London, when all the odds and math were stacked against the Italian in the wake of a 3-1 first leg defeat in Naples, appearing in place at the right time, Ivanovic thumped home to make it 4-1 Chelsea.

The significance of this comeback was two-fold; while it made Di Matteo’s men unbeatable on the path to a historic European campaign, Ivanovic’s stunning performance added more stars to his rapidly growing status at the bridge.

There was more of course, crucial winners here and there; Aston Villa, Sunderland, Blackburn, Manchester City, Liverpool…………… the Serbian had become a fan favorite, but the golden moment that cemented his status as Club hero remains Chelsea’s winning goal vs Benfica at the Amsterdam Arena.

On the 15th day of May, 2013, When it looked like The Aguias were finally breaking free from Guttmann’s curse, Ivanovic headed Chelsea to glory, shining a light that beat the darkness of an otherwise horrible campaign for the reigning European champions.

Is there a better way to engrave your name in football folklore?

Antonio Conte’s mixed spell at the Bridge will be remembered for many things; touchline drama, animated celebrations, the perfect first year………. but in the context of this conversation, it is perhaps, his role in the departures of the Serbian duo that will be used against him by those who still hold grudges.

While there was little noise on Ivanovic’s departure, the arrival of Tiémoué Bakayoko from Monaco, a failed upgrade on Matić –was the first much talked about subject in a series of events that would ultimately lead to Conte’s removal in 2018.

Ivanović could have had a more dignified exit, and while the case of Nemanja Matić remains a calculated risk gone wrong, what’s not debatable, is the inspiring role the Serbians played in the Roman revolution.

Zenit St. Petersburg and Manchester United must be lucky and happy to have them both, but whatever these Generals achieve in Zenit Arena and Old Trafford, it is their loyalty, service, and rarely matched brilliance in the imperial blue that will continue to echo above, within, and beyond the bridge.