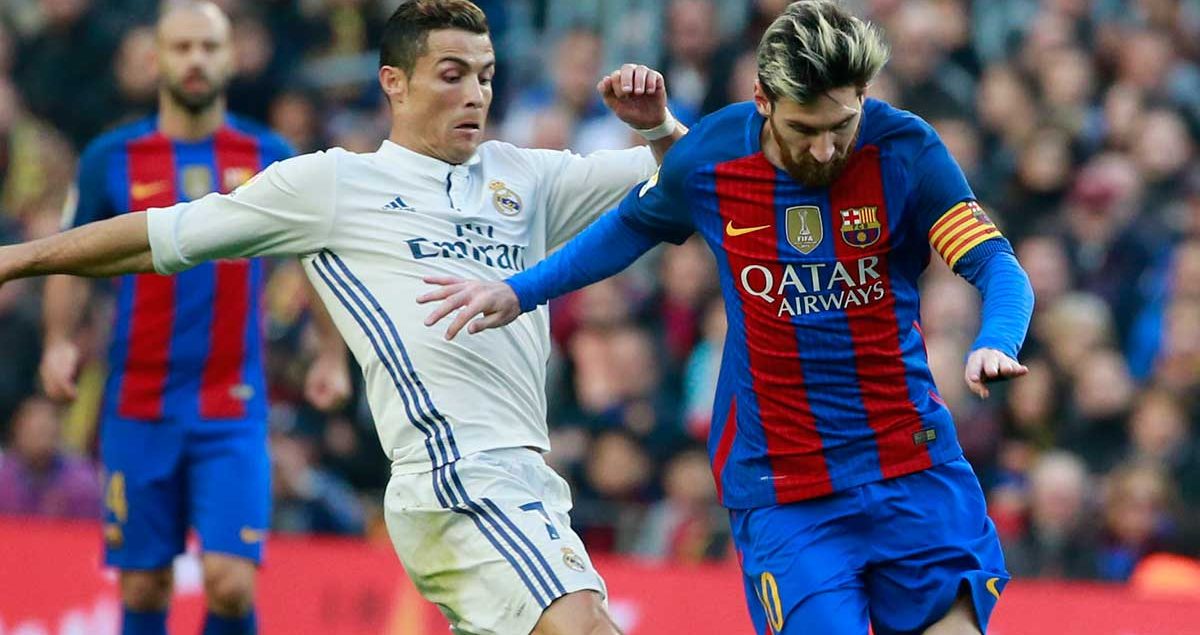 No matter who you are discussing, comparing two players of different eras is an inevitable, common part of sports, as natural as a late winner or a last-gasp block. The Lebron vs. Michael Jordan comparison has been going on since Lebron was a junior in high school, and only recently has this debate become a serious conversation. Tom Brady, despite all the controversies that the Patriots have been involved in, was always compared to Joe Montana as the best quarterback ever, and now, most people accept that he is. It is rare, however, that we have a sports debate between two players playing at the same time, in the same country, and in the same league.

Messi and Ronaldo, Ronaldo and Messi, the two names are synonymous with each other, and you rarely hear one without talking about the other. When one performs, the fans look at the other player for an immediate response, and the power always rests with the player who did something more recently. These two have dominated football over the past 10 years, and yet there has never been a definitive answer on who is the better player. While both players have a lot in common, the essence of who they are as a player is completely different. This can be seen in the goals that each player scored in this World Cup.

We’ll start with Cristiano, the byproduct of countless hours of training and improvement on his own body to ensure he can stay on top of his game, as he enters his mid-thirties. His relentless work ethic and willingness to be the best can be seen in his transformation as a player. In his days with Manchester United, Cristiano lit up the world with his pace and flashy tricks, but as his career went on with Real Madrid, he became a deadly striker with a killer instinct and a keen eye for goal. In Portugal’s opening game in Russia, they found themselves down 3-2,with one last chance to secure at least a point, as the 90th minute neared. That chance was a freekick a couple yards outside of the box, and only one man was going to take it: Cristiano Ronaldo. As the camera panned in on his face for what seemed like an eternity, you could see him calculating what he wanted to do with the ball; the thousands of freekicks he took after practice were all about to pay off. Ronaldo then delivered what we have seen his entire career, a knuckling freekick that dipped under the bar, leaving no chance for De Gea. Ronaldo then strutted to the corner flag with his usual “SIUUUU” celebration with one thing in his mind, “I am the best in the world.”

Then there is Messi, the more romantic of the two. Messi’s play captures the emotion and grace that football offers. The beauty of his play and the ease at which he does it makes fans in awe of what they are seeing. How he effortlessly skips past a player with the ball while never leaving his feet makes it seem like God himself purposely made Messi more special than the others. Despite all of the controversy in the Argentinian camp and the performances they displayed in the first two games of the World Cup, there was still a chance. All they had to do was beat Nigeria and hope Iceland didn’t upset Croatia in order to be in the round of 16. In the first 15 minutes of the match, Messi reminded the whole world that he is still, like Cristiano, a touch above the rest. A beautifully played ball from Banega found Messi sprinting behind the Nigerian backline with one man on him. With two simple touches, Messi showed all football fans why they love the sport. Controlling the ball in stride on his thigh, he then took the gentlest of touches to put the ball safely between the oncoming defender and the goalkeeper. He slotted it home with his weaker foot and gave the whole country of Argentina hope again.

These two have the potential to meet in the quarterfinals of this tournament if Portugal and Argentina both win their respective games. The rivalry will be brought to a new level that no El Clásico could ever reach, and no matter what happens, the debate will forever continue. The truth is, we’ll never have a unanimous answer to the ongoing argument of who is the better player. It comes down to preference, do you prefer the movie star or the pure talent, the arrogant or the humble, the engineer or the artist?