Be careful what you wish for at Chelsea. Wishes come true here, but dreams are harder.

Storm-clouds of uncertainty circle Stamford Bridge in an almost witch’s familiar- a spell cast upon Chelsea by Roman Abramovich when Chelsea managers are involved. The Genie of Stamford Bridge, who in 2003 granted Chelsea every wish they dreamt of. In this edition, the spell cast was by one of their own in Maurizio Sarri- who decided after a year of success, turbulence and revolt- as he opted for his own familiar by joining another Italian team. Abramovich, weirdly, was left spellbound. His own trick had been cast on him rather than on others. Maurizio Sarri’s wish of a trophy came true, but Chelsea’s dream of attacking football under a manager at the helm for years hadn’t.

Sarri’s departure was greeted with much jubilation from the grassroots at Chelsea but desolation from Chelsea’s younger fanbase, who yearn for the club to bask in the halcyon days of the progressive managers’ successes across Europe- such as Eric Ten Hag at Ajax as just one example. The wish of his departure came true- at the expense of others’ dreams of Sarri’s root and branch revolution of the style fans were left spellbound of coming to a premature end of just one season.

Instability reigns at Chelsea, but such a malaise of vision, division and image has been sought to be remedied by the powers that be by asking the Roman genie to grant the wish of Frank Lampard returning to Chelsea as a manager- their highest scoring player ever, a true immortal on Chelsea’s greatest ever night, the Abramovich apex. The genie has granted the Lamp, to the wishes of the grassroots to fulfil their overarching dream.

That dream? A dream of the youth integration that has been left biting dust of the baptism of fire of Sarriball, neglected for glory in the Conte years and left ravaged by the two blazing eras of Jose Mourinho. A dream of reclaiming a Chelsea that’s supposedly been lost in the latter half of the 2010s. Whether such a dream can be realised by Lampard remains to be discovered- it is certainly an appointment that has so much promise, but so much danger.

The Light of the Lamp?: Frank’s Claim That He’s Chelsea’s Gain

Frank Lampard’s rapid unintentional ascension to the top job at his club has been full of positives- some may argue. Lampard took charge of Derby County in his first season of football management in 2018-19, in tow with Jody Morris most notably.

I’ll admit I haven’t (it’s a shame many won’t admit) watched Derby virtually at all last season. The main takeaways, from what I’ve read of Derby and Lampard, are that Lampard has seemed to have embarked on a conscious drive to lower the average age of the Derby team. More so lending to his recruitment that summer; loaning young players such as Harry Wilson and Mason Mount. Such a positive, to whatever club Lampard goes on to manage, would stand to be that Lampard has an innate faith in younger players- to fulfil a vision of fast paced, possession football that attacks the opponent.

Centre to this claim, in tandem with a faith in younger players, is Jody Morris’ part in this new Chelsea setup. Morris presided over a golden period of Chelsea’s youth team, and his knowledge of the academy top-down will be invaluable to this Chelsea rebuild- as their transfer ban remains rooted. Joe Edwards, promoted to the first team staff, will also endow priceless intelligence on the potential talents. It forms a core faith and commitment to finally ‘give youth a chance’ which may prevent Chelsea from disaster in the transfer market- such as Danny Drinkwater’s £35m dud from Leicester.

Maybe the youth paradigm isn’t the hill for the fervent Lampard-teers to die on. More strikingly from Maurizio Sarri’s departure and denouement that played out across the Spring was the open revolt. The Chelsea fan base openly turned nasty with the Italian, deriding the sixty-year old’s tactics and personnel for months. The Sarri revolt is symptomatic of something of deeper concern at Chelsea, a clearly apparent disconnect between the normal everyday fan and the football club.

It’s the quiet victim of this turbocharged success; the Blues may have sixteen trophies in sixteen years of Abramovich’s premiership but never have they had an emblem of this ‘DNA’ they search for or a symbol of stability at the helm. You look to Chelsea’s rivals in particular Liverpool with Juergen Klopp, who has fashioned an infectious zeitgeist that’s united fans, players, tealadies etc. It’s a total war footing. Every single sinew of every single person involved at the club driving towards the goal of success, living and dying with their club in the process- making the reward of glory all the more pleasurable.

It’s what Chelsea have screamed out for, it’s what they’ve plundered the temples of Europe for. These rough diamonds of managers have all glimmered the Kings Road this goal, see José Mourinho and Antonio Conte most notably, but have fallen to the boiling point. From rough diamonds to mere side dusted down jewels in Abramovich’s crown.

But Lampard may just change that. He’s been there and done it as a player. He’s lived from revolutions of Mourinho, the revolt against Villas-Boas, the tinkering of Ranieri, the politics of Ancelotti. He was there in Munich, the undisputed best night of the football club’s history. He’s made it known that he wants Chelsea players to know the incredible demands and size of the club now, why it is imperative to be the best as Chelsea demand it and nothing less. There is finally a focal point for Chelsea fans to transmit themselves onto, an identity (whatever that is) they can be synonymous with. Almost subconsciously, a dawning spectre will descend on Stamford Bridge- with 42,000 finally united as one, creating the atmosphere missing from the stadium for years.

Hopes and Dreams: Frank Lampard was there on Chelsea’s golden night- finally Chelsea fans can transmit, like Liverpool with Klopp, their hopes and dreams with their manager.

What if the Lamp gives no light? – The Cynical Counter-Attack

Is it enough to be passionate, a former player and have ‘developed’ some players at Derby? Some ask. Is taking Derby from sixth to sixth and achievement? Can he really survive in a harsh year ahead?

Therein are the questions, rightly asked no matter how cynical, that are asked of Lampard. It heightens this gamble.

Chelsea are paralysed in the recruitment department. No transfers in until June 2020. But Eden Hazard is out. Chelsea have their jeunesse doreé to rely upon, but also an ageing forward line and a defensively unstable group of players (all of different ‘talents’ or misgivings). It is a chalice with extra arsenic in it.

Frank Lampard, for all his playing successes at Chelsea and signs of promise at Derby County, may not be mature enough in a managerial sense to cope. That isn’t slanderous, it’s a concern.

Experience, in this sense, may have been a safer option. Rafa Benitez, until the other day, would’ve been the safe pair of hands Chelsea may need for the next year- pragmatic and results orientated, something that served cash strapped Newcastle for three years. Instead, Chelsea have opted for the unknown. This year of transfer prohibition alongside such a club shattering loss to the first team is cooking a cauldron of chaos for Lampard, whose team will begin the season away at Old Trafford.

There are no questions of Lampard’s mentality as a man. It is unquestionably ruthless, having been a serial winner at Chelsea. The question pivots more so towards his mind in-game as a manager, the biggest concern was benching Derby’s best striker in the play-off final, which played a massive part in their failure to win and gain promotion to the Premier League. It is such a lapse, alongside devastating xG statistics which spell a sense of foreboding, that build a fear that Lampard rides his luck too often- rather than be a bonafide Guardiola Mark II. Again, without the safety net of recruits who can mitigate any damage inflicted, the question rears again: is this the right decision to employ Lampard now? Should we have waited another year?

Tangled with the failure to win promotion is this argument that there’s no managerial merit. Which is compelling, take Lampard’s status as a Chelsea manager away and there is no potent point of appointing a manager with one season’s experience and no relative achievement. Even if the field was scarce- despite José Mourinho, Eric Ten Hag etc being open to a move.

The dream of Chelsea winning titles with an all star assembled squad and management team at a canter are consigned to the dustbin of reality. They linger in the doldrums, devastated and dwindled by the trailblazing wakes of Liverpool and Manchester City- the new galacticos battling the stars for the top prizes. Is Lampard the man, with no achievements managerially yet, able to form a cruise-liner with the rubber ducks he has?

Even if he is the man, what will be the landscape come June 2020 when the club can recruit again? Will Chelsea be in a position to begin a comeback? Can they? 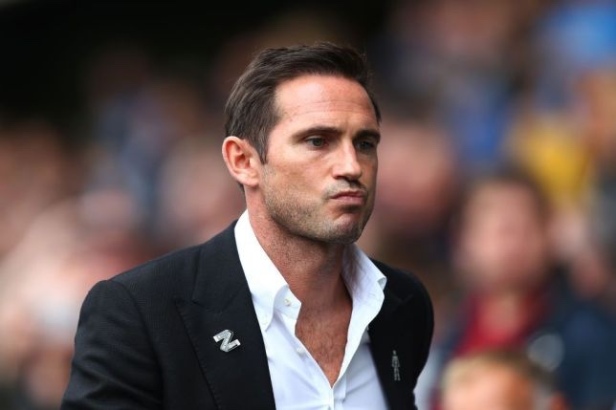 Bluff?: Chelsea’s high stakes poker risk sees them go all in for Frank Lampard…but are his managerial talents genuine or a bluff?

The Genie and the Lamp

Therein is the reality. Dreams and wishes at Chelsea are wildly different from impending reality- of the situation becoming of them and the reality of how the Abramovich machine has turbocharged the club for the sixteen years before it.

For sure, the typical surmised Chelsea fan’s ‘dream’ is a club at the top of England and Europe- with a sure-fire brand of progressive football under the stewardship of the top or most loved managers of the game, willing to turn rags into riches of academy players rather than opting for gambled riches. However, the reality has borne out that the premium priced talents of Aouar (for example) are much better than Chelsea’s organic farm of academy players- and the ignorance of such endangers the dream of domination once again. It’s a perplexing conundrum that’s beset the best coaches in the world, and now it’ll be endowed to Frank Lampard to break the deadlock.

As hopes and dreams begin to tangle with reality, the question is upon Chelsea fans again. What will come first: the Roman Genie or the success of the Lamp?

The dreams and flames of victory and hope will be well stoked by Frank Lampard, but Chelsea fans- with baited breath- will watch on powerlessly hopeful that their wish of Frank managing the club won’t be blown out like a candle in the wind by Abramovich if it goes wrong quickly. It has the propensity to do so, but the test of this ‘new’ Chelsea is thus whether the culture of ‘hire and fire’ can finally be consigned to the dustbin of history. If such patience is afforded at the very top, it will inevitably permeate to the academy below who under a manager who appreciates as well as nurtures them- to which they may finally become regular fixtures within the team.

As I said at the top of the blog, be careful what you wish for. Wishes come true at Chelsea. The dreams, however, are harder and more complex to grasp as well as realise. Can wishes and dreams co-exist? The judgment on Frank Lampard, come what may, will go a long way to answering such a question. 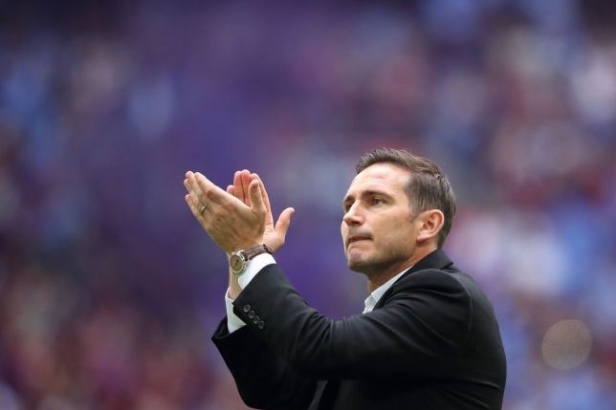 Time: Kasparov told Pep Guardiola that “time is your enemy.” For Frank, time may be what he needs- to repay wishes with dreams.