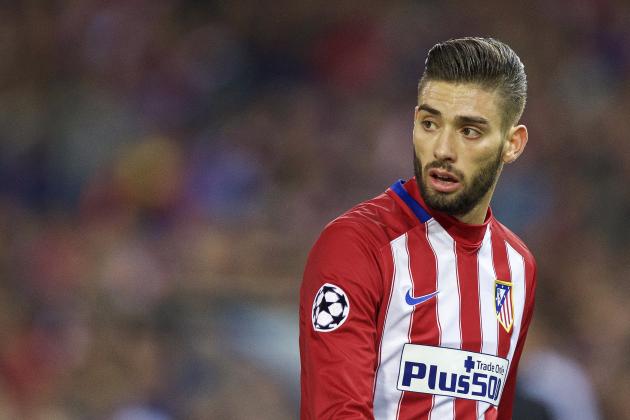 Belgium’s Golden Generation has given rise to a slew of elite footballers. There’s Romelu Lukaku, Eden Hazard, Kevin De Bruyne, Radja Nainggolan, and then, there’s a skinny, lanky kid from the streets of Ixelles.

Yannick Fereira Carrasco is the Argentine twinkle toes technique with the skills and flair of a Brazilian attacking midfielder. It’s that combination which has made heads turn since the beginning of the season, making the Belgian a vital key in Diego Simeone’s system.

His long legs allow him to control a football rather easily, and the twinkle toes learnt from the blacktops of street football in Ixelles before moving onto an academy, make him a nightmare to face for any defender.

He’s from the rather famous academy of Genk, where the likes of Kevin de Bruyne and Thibaut Courtois came through, only to be snapped up by Monaco before even making his professional debut for Genk. On his Maths GCSE, he only filled in 3 words: “I’m going pro.”

His first top-flight goal came on October 5, 2013, converting a James Rodriguez cross and helping Monaco cruise past Saint-Etienne. On February 25, 2015, he scored the 3rd goal in Monaco’s away win at the Emirates, after coming on as a substitute. From that moment on, he caught the neutral football fan’s eye, becoming a memorable prospect for scouts and coaches alike.

After coming on as a substitute in the Champions League Final against crosstown rivals Real Madrid, he scored the equaliser in the 79th minute; in the penalty shootout, he scored.

This team had knocked out FC Barcelona and Bayern Munich. This team was so well disciplined, well drilled, excellent at counterattacking, but that exact day, it wasn’t present. Something seemed off.

Suddenly, Carrasco came onto the field to replace the Argentinian Augusto Fernandez. He turned Danilo in and out. He made him his little mistress in a ballroom dance, and Danilo had no choice but to follow. He allowed him to go whichever direction he wanted to go in, and all that effort was repaid after he scored in the 79th minute.

The first thing you see is dribbling. Combine that with blistering speed, Italian and Spanish footballing IQ, his positioning and the length of his legs which are a big advantage against fullbacks he’s facing.

His willingness to sprint forward with the ball, to gain those extra few yards, to make the effort to push the ball has bewildered defenses such as FC Bayern München.

Don’t let his dribbles take away from his end product. He’s the second highest goal scorer in the current Atlético Madrid side, sitting on 8 goals. The Belgian international has created 16 chances from the left midfielder position, as well as 40 take ons completed, and winning 48% of his aerial duels. He’s gotten 3 assists from that position, too.

I cannot express how much he uses, and successfully at that, his agility. It’s quite obvious that most defenders back off a respectable amount when being opposed 1v1 vs. Ferreira Carrasco. While my praise could go on and on and on forever about his offensive skills, there should be praise for his defensive capabilities, too. It’s essential for the wide men in Cholo’s system to track back, and you cannot underestimate how much of times Carrasco has made the last minute tackle in order to keep the counter attack from happening down the left hand side.

His lungs, some say, are made of steel. This man can press for 120 minutes straight, chain-smoke a pack of Marlboro cigarettes, then press for another 120 minutes of La Liga football. It’s no wonder why press-oriented managers such as Mauricio Pochettino and Jürgen Klopp are out for his signature.

His ability to pull out a world class goal from quite literally nothing is what makes him so intriguing. If you play by the rules, you don’t score the winner against Bayern München in the Champions League, nor do you score absolute screamer of goals when you’re 2-1 down in the 87th minute.

With the way I’m talking here, you could argue that this man is a Ballon D’Or favorite. That’s not the case.

His ability to not release the ball is second to none, he just hogs the ball at times and opts to shoot instead of making the simple pass, which could lead to a one-two and then a possible goal. That is where most “street-ballers” get exposed in their style of play, and most don’t make it to the top level.

His impulsive decision making is the biggest downside in his game, but if Simeone improves his decision making, this kid will go places. Mark my words.