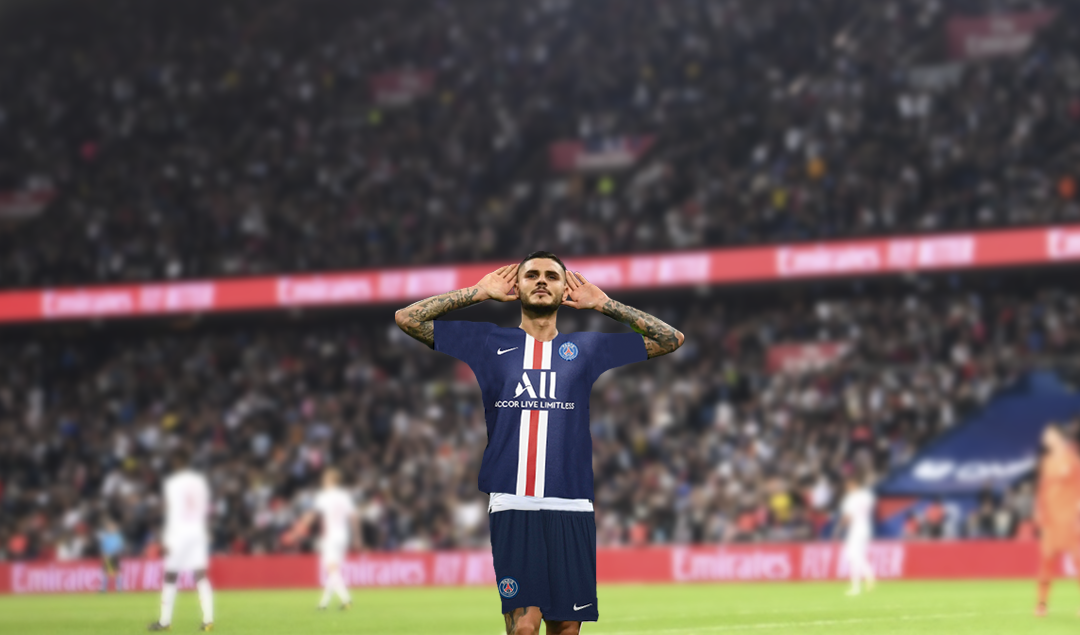 Serie A is a haven for good stories.

Some, like Verona’s magnificent title win or Juventus’ magisterial number ten, involve tremendous triumph after significant adversity. Others, like Preziosi’s Genoa or the tale of Luciano Moggi, involve dastardly villains. And sometimes, like with il Grande Torino, there is a sad end to an incredible tale.

Yet it is Serie A’s penchant for the tragedy, the tale of ‘what could have been’, that is the most consistently compelling.

He is now in a wasteland of his own making.

He and his wife, Wanda, hark back to a time of Italian football’s divas, of power struggles and contract squabbles. Yet, in the country where Shakespeare used to spend so much of his time, they harken back to the fictional Macbeth and his wife most of all: ultimately succumbing to the vice of their own ambition.

Antonio Conte, Inter’s new manager, has made it clear that Mauro Icardi is no longer needed at the club where, fifteen months ago, he had carried Inter to Champions League football. Beppe Marotta, Inter’s new CEO, has made it clear that Wanda Icardi – Mauro’s spouse and agent – will not be pandered to, nor will he receive special treatment based off her tantrums on live television.

Indeed, it was a tantrum on live television that brought the pair to this point, with Icardi stripped of the captaincy and frozen out of the team.

Wanda appeared as a pundit on the “Tiki Taka” – a football program on Silvio Berlusconi’s mediaset network – in which she criticised Inter’s treatment of her husband, both on and off the pitch. She told fellow pundits she would “like to see Mauro protected more by the club” and lambasted the manager at the time, Luciano Spaletti, for not accommodating her husband more on the pitch: that they should essentially be prioritising him above all.

Indeed, Icardi needing priority has been a common theme of his career.

Upon learning of his captaincy being stripped, the Argentinian striker refused to play in a Europa League game against Rapid Vienna. He complained of an “inflamed knee” injury, though even when deemed fit to play, he refused to step onto the pitch. The first Milan derby of the season saw Icardi score the winner, sending the Curva Nord into raptures. For the second instalment of the famed San Siro derby, Icardi was nowhere to be seen.

And to the Curva, to the most passionate of Inter’s fanbase, that didn’t matter. Because Icardi may have been Inter’s captain, but he was never their captain. He was never Inter.

It began, curiously, with a defeat at Sassuolo in 2015, after which he threw his shirt to a kid in the away end. An Inter ultra, aggrieved with Icardi’s performance, snatched the shirt from the child and threw it back, angering the Argentinian to no end. One year later, Icardi signed a new five-year contract. Later that week, he also released an autobiography. Now, while footballers are notorious for having their thoughts penned far earlier than is necessary, publishing a book about your career at age twenty-three is ill-advised at best, and downright egotistical at worst. It was one particular passage, however, that sparked controversy most of all, detailing the aftermath of the altercation at Sassuolo. In the book, he tells of how he was irate, and how in the changing room he was “applauded like an idol”, though the directors feared that the Ultras would want revenge.

“Maybe they don’t know that I grew up in one of the South American neighbourhoods with the highest rates of crime and people killed in the street. How many of them are there? Fifty? A hundred? Two hundred? OK, record my message and let them hear it. I will bring 100 criminals from Argentina who will kill them on the spot.”

It didn’t go down well. The Inter ultras issued a statement of their own:

“The Inter captain cannot allow himself these kinds of remarks. An individual like this cannot wear the captain’s armband.”

Then, when Icardi missed a penalty against Cagliari in October, they cheered.

Really, he was never truly theirs. Should one Google Mauro Icardi, the first thing that pops up on the right-hand side is the line “Spouse: Wanda Nara – trending. The word is not a rarity when it comes to Mauro and Wanda. In fact, it appears as if they relish the spotlight.

Wanda’s previous relationship with Mauro’s former teammate Maxi Lopez is well documented, as is the fixture between Inter and Sampdoria that became known as the “Wanda Derby.” The moniker stemmed from Maxi’s criticism of Mauro’s social media posts containing Maxi and Wanda’s children. Mauro, in typical good grace, responded by first accusing Maxi of being a neglectful father, then posting a photo of him and Maxi’s boy to social media. Two months after the game: in which Icardi scored and Maxi missed a penalty – Mauro would get the three children’s names tattooed on himself.

Maxi Lopez accused Mauro of ripping his marriage to Wanda apart, yet in their divorce proceedings – which Wanda won – she lays the reason for the split at the feet of Maxi and his extra-marital affairs. Whatever the truth may be, Icardi’s very public relationship with Wanda reached new levels in 2013 with a hashtag: #Quindicina – an apparent reference to the amount of times the pair engaged in raunchy activities over a twenty-eight-hour visit. The fact this apparent knowledge is available to the public is a testament to the pair’s affinity for the spotlight.

They continually court controversy – Diego Maradona labelled him a pata de lana (someone who steals another’s wife) and accused her of engineering his selection for the Argentina national team; which didn’t pan out anyway. He was apparently seen as too much of risk to team morale. Lord knows why.

But it’s not just his personality – and that of his wife – that has been his downfall. It’s his disconnect to football, the feeling that he was never really joined to the club that tried so hard to adore him.

Perhaps that’s justified; given his interview with Sportsweek in 2013: “[My father] told me many times: you must succeed where I failed.” For Icardi, the ‘love of the game’ clearly doesn’t cut it. Football is a path to fame and fortune, to attention and the spotlight. It is reflective of Icardi on the pitch: the pretty stuff doesn’t matter; he doesn’t need to be involved in the build-up. All that matters is that he puts the ball in the net.

It is no surprise he remains the most efficient finisher in Europe’s elite leagues.

It is easy to paint Icardi as a narcissistic, glory-seeking villain. Yet he is more complex than that; it’s easy to say he brought down a relationship, yet Maxi Lopez’s cheating could well have done that. It’s easy to say he abused the Inter ultras, yet he was often the only player on the team willing to bear the burden of responsibility when others – including multiple managers – went missing under the pressure. It’s widely known that in his youth career, he often found ways into the private practice facility before anyone had arrived. He was at La Masia, after all. La Masia, renowned as the hub of football artistry.

And yet, perhaps that is the return to the Icardi everyone knows. Of the potential suitors, those with whom Wanda may parlay, Barcelona are certainly not on the list. He doesn’t seem willing to take a sideways step to Roma or Napoli. Juventus may well be interested, as Wanda has suggested, but they’re overloaded with players at the minute. Madrid, Bayern, Manchester United and Chelsea could have gambled, yet they’ve all stayed well away.

For good reason, too. It seems that for every majestic winner, there is a simultaneous contract dispute engineered by the devil in Icardi’s bed.

In March of 2017, Icardi told the press that he wanted to “stay at Inter forever.” In December of that year, Wanda hinted at the possibility of a move to Real Madrid.

In April of 2018, the club insisted there was “no rush” on his contract renewal. In May, when they had confirmed Champions League football, Wanda insisted that they were looking at potential options unless the club raised his salary.

In October, Wanda told of how she’d met with representatives from both Juventus and Napoli.

In January of 2019, she told of how a new contract was virtually a “100 percent” certainty.

In February of 2019, he was stripped of the captaincy following a breakdown in discussion.

All things considered; it should be no surprise that he end up at a nation’s vanity project hidden behind a club badge. Mauro Icardi will be a PSG player, on loan at first with a €65 million option to buy him outright. It’s hardly surprising that even PSG weren’t willing to outright commit to the talisman and his copious baggage, instead opting for a “try before you buy” arrangement, but it’s also telling that the only place where Icardi and Wanda could escape was the one where egos run rampant, notoriety matters more than skill and nobody really seems to have anything resembling a plan.

It has also come out that Ivan Perisic – who moved to Bayern in the summer – fell out with both the striker and his wife. Meanwhile, Radja Naingollan told Corriere dello Sport: “I can assure you Icardi is not a nasty guy, but we know what happened last season. His wife made those comments and not everyone forgives easily.”

Yet, perhaps it was always fated to end this way. For Icardi, Inter was not a love story, it was a tragedy in multiple parts. Perhaps Icardi, for all his faults, was never to go out in infamy, but with ignominy.