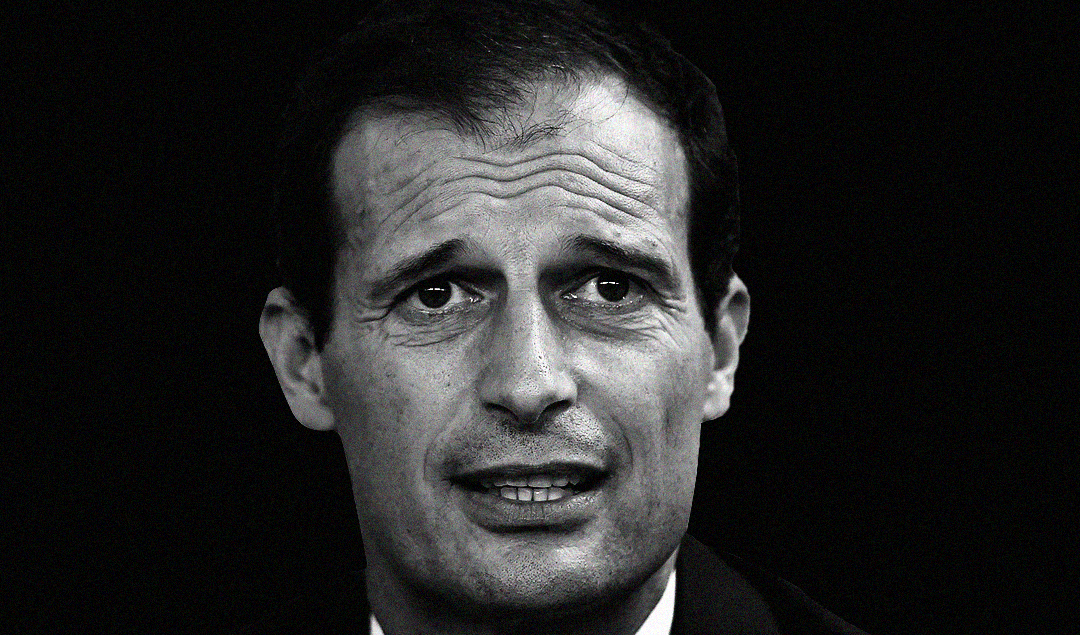 The night for Juventus following the 2–0 loss to Atlético Madrid at the Wanda Metropolitano was nothing short of a disaster for the Bianconeri. After the £88.3 million fee summer acquisition of Cristiano Ronaldo, aka ‘Mister’ Champions League,’ Juventus fans firmly held the belief that this was their year to lift the famous trophy. The defeat seemingly came as a death blow to their chances.
Following the defeat, no one received more criticism than Massimilano Allegri. According to Calcio Mercato, Allegri received so much scrutiny from the media and Juve fans alike that he reportedly threatened to resign shortly after the first leg to Madrid, before their Serie A clash vs. Napoli. The Italian manager also deleted all of his social media accounts, resulting in numerous rumors of his potential departure. Before rejoining Real Madrid, former Bianconeri legend Zinedine Zidane was a heavy favorite to replace Allegri, with Juve fans demanding a proven Champions League winner to guide them to the promised land.
It is worth reiterating that Juventus have won a staggering seven consecutive Scuedetti in a row, four of which have been under Allegri. In particular, the Italian manager has won a remarkable 8 out of 9 domestic trophies. Currently, Juventus are on pace to win their eighth league trophy in a row, sitting comfortably at 18 points ahead of second place Napoli. Despite this feat, the fact that Allegri considered resigning speaks on the enormous pressure that he’s been dealt with to accomplish a particularly difficult task in winning the only club trophy missing in his cabinet.

Allegri is indeed 0–2 in Champions League finals, having lost to Barcelona in 2015 and Real Madrid in 2017. However, it would be cruel to fault Allegri for these losses, considering their formidable opponents. The 3–1 loss in 2015 came against the terrorizing trio of MSN, (Messi, Neymar, Suárez) and the defeat in 2017 versus the equally frightening attacking three of BBC (Bale, Benzema, Cristiano). More striking, perhaps, was the gap in quality between Madrid’s midfield and Juve’s: Toni Kroos, Casemiro, Luka Modrić and Isco against Miralem Pjanić and Sami Khedira.

In The Players Tribune, the manager meditated on both finals losses, in particular, the defeat in Cardiff to Real Madrid:

“To reach the final, you need talent and luck. To win it, you need to be the better team. And this may sound strange, but I actually walked off the pitch that night with peace of mind. Because I knew we weren’t the better team. It was as simple as that.”

Although football has exceptions, Allegri is right in the sense that the better team wins most of the time. Luck certainly plays a role in the Champions League, whether it be from drawing favorable opponents, having the crossbar on your side, having an entirely fit squad, etc. Allegri would probably have two UCL trophies to his name had he faced anyone other than La Liga’s most consistent powerhouses.

Every follower of football knows that there are several speculative ‘what if’ moments in the beautiful, yet simultaneously heartbreaking sport. What transpires is set in stone, and the only choice is to either move forward or call it quits. Allegri decided to take on the challenge, preparing himself and his team for either a miraculous second leg comeback or a bitter consecutive defeat against Diego Simeone’s Colchoneros.

Despite the massive stakes ahead of the match, Allegri dismissed the idea that the second leg would be the most important match of the season. “It’s a Round of 16 tie, but if we were to call this the biggest match of the season, we’d be in real trouble,” said Allegri. “If we do go through, it’s not as if we’ve won the Champions League, as there are other games. We need calm and to take it one game at a time. “If we manage to overturn the first leg result, it will be extraordinary. After that, we either think about the quarter-finals or ending the season on the right note.” (MARCA).

On March 12, Juventus did just that, remarkably overturning the aggregate from 0–2 to 3–2, eliminating Atlético Madrid to punch their place in the Champions League quarterfinals. Cristiano Ronaldo will deservedly receive most of the spotlight for his unworldly hat-trick performance, but the tactical brilliance of Allegri simply cannot be overlooked.

In the first leg, Simeone took the spoils, as his compact 4–4–2 fortress was once more proved unsolvable at the Spanish capital. Much of the criticism Allegri received for the first leg was due to predictable conservatism, as his team took few offensive risks by over-relying on width, allowing Atleti to prevent the angles of any potential threatening crosses with pressing tactics.

To compensate for his mistakes in the first leg, Allegri ensured that Juventus would “play in a different way to the approach [they] had in Madrid, with more vertical passes, pace, and pressing” (Football Italia). Juventus did just that, as Bonucci and Chiellini exploited the tiny midfield gaps of Simeone’s 4–4–2 shape, allowing the likes of Federico Bernadeschi, Leonardo Spinazzola, João Cancelo, Mario Mandžukić, and occasionally Cristiano Ronaldo to deliver lethal crosses with less pressure and overall predictability.

Allegri’s decision to start Bernadeschi and Spinazzola in particular required enormous confidence, as he favored them over the likes of superstar Paulo Dybala, and experienced veteran Andrea Barzagli. Both selections paid off, but not only was Allegri’s starting XI spot on, but so were his second-half in-game changes, as he substituted in Dybala, a forward, for Spinazzola, a left back, and Moise Kean for Mandźukić. With the aggregate score at 2–2, Dybala’s fresh legs added greater pressure onto a fatiguing Atleti defense.

Perhaps even more gutsy than his first sub was his second, when he subbed on the 19-year-old Kean for a Champions League winner and World Cup finalist in Mandźukić. Almost immediately, Kean nearly rewarded Allegri’s trust, coming close to scoring the decisive goal. With everything to lose and when the stakes were the highest, Allegri remained poised, throwing every single dart he had without second thought.

Naturally, it would be unfair to give full credit Allegri without also praising the warriors that delivered his near-perfect strategy on the pitch. Cristiano has rightly stolen a majority of the headlines, but the victory of Juventus was nothing short of a collective effort, with brilliant performances from Bernadeschi, Spinazzola, Emre Can, and Blaise Matuidi in particular.

With arguably the greatest pure goalscorer and Champions League performer that football has ever witnessed, Allegri’s side, for the first time, will be considered the favorite to lift the trophy. No matter the outcome, though, Allegri should undoubtedly be considered one of the greatest tacticians of modern football, comparable to the likes of Pep Guardiola and Carlo Ancelotti.