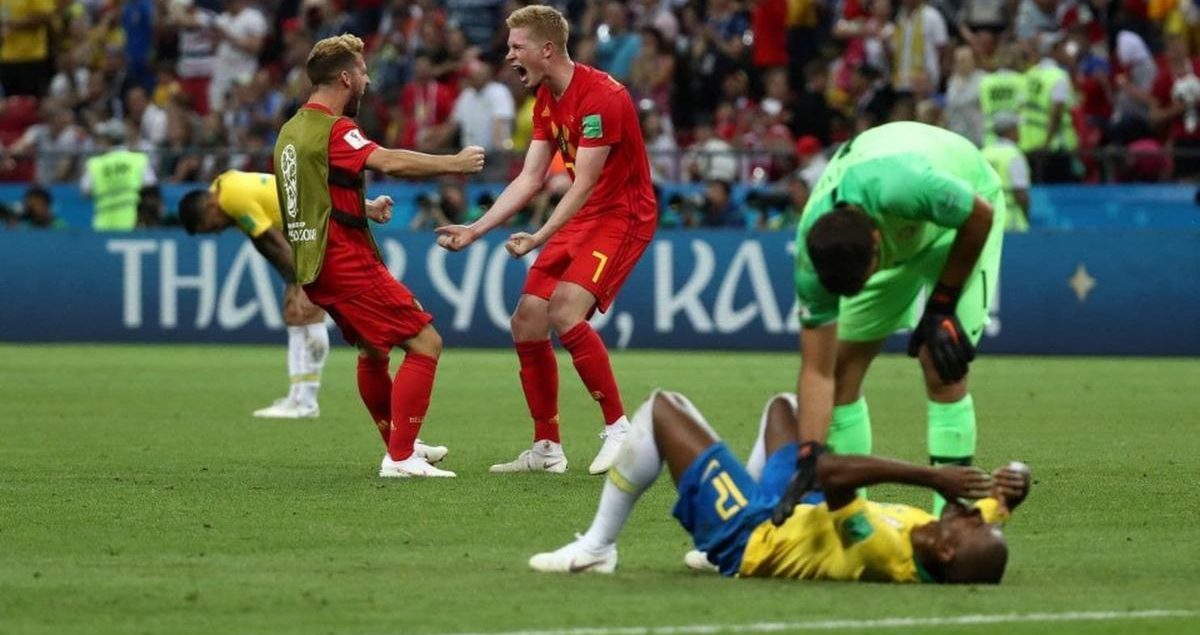 Soccer, football, futebol, fussball, voetbal, calcio. Whatever the name, the sport played with your feet involving ten outfielders and a goalkeeper per side is known to most as the beautiful game – something that all fans worldwide can agree on. No matter the continent or country, individuals are brought together with the common passion and fondness to cheer on their beloved club or nation in the world’s most popular sport. The most recent example of this was this past summer in Russia. The World Cup is an event that occurs once every four years, in which fans from nearly every continent travel miles and miles to see their country in action. In what was again a phenomenal tournament that, although lasting just over a month flew by, there was a noticeably large gap that myself and Breaking The Lines’ Zach Lowy had noticed – a gap related to the difference in terms of quality, performance and operations between the football in Europe and the rest of the world. Today, I focus on only one continent (South America), taking a look into why this difference has been occurring by identifying 6 key aspects contributing to the rather interesting subject.

The first aspect surrounding this subject has a connection back to the origins of football – the initiation of the first football teams and leagues in each continent. Dating back nearly more than 150 years, association football was founded in Europe in what is now the United Kingdom (England, Scotland, Wales, and Northern Ireland). This was in 1857 when Sheffield Football Club was formed in South Yorkshire, England. Following this, multiple other clubs were formed in the region at an amplified rate: Stoke City (England, 1863); Nottingham Forest (England, 1865); Sheffield Wednesday (England, 1867); and Kilmarnock (Scotland, 1869) are several known examples. In addition to this, the first ever football league called the English Football League was founded in no other than England (and Wales) of the United Kingdom in 1888. The reason for the aforementioned information? Reviewing the facts and information, we can see that football was England’s sport – Europe’s sport to be exact. This portrays a story of how football was generated and promoted throughout the world, as the first South American club and official league were introduced in 1875 (Club Mercedes, Argentina) and 1891 respectively (Argentine Primera División), prompted by the worldwide diffusion of English culture caused by the British diaspora. Football was officially around Europe almost 20 years before South America, resulting in a delayed expansion and acknowledgement of the sport by the governing bodies and people of the continent.

The next aspect surrounding this gap is related to wealth of the leagues in Europe and South America as a whole. The Dollar, the Euro, the Sterling – Money is everything to most of society in today’s world. From buying to selling, without capital, we would not be able to perform day-to-day tasks and acquire these materialistic items that we are so fond of, and this is another leading cause for the separation between Europe and South America.

Key points to summarize this comparison? The market value difference is huge – we’re talking millions to billions. This shows the amount of money that the league has invested and the amount each individual club has – with the two biggest leagues in South America only adding up to a total of just under 1.4 billion, you can clearly spot the difference. To cement this distinction, the Premier League has a market value five times the size of this combined total. Insane. Secondly is the number of foreigners. In South America, the percentage varies between 9.3%-13.0% (two leagues aforementioned), while in Europe the percentage varies between 39.1%-66.7% (five leagues aforementioned). This paints a picture on the number of players European leagues invest in to improve their squad and secure the top upcoming talent. What’s funny to note is that most of these foreigners across every league in Europe are foreigners from these South American countries.

*The above list names well-known players that are from South America still actively playing in Europe, not every single foreigner in Europe*

The last aspect contributing to this gap, is that of the desire to play in European competition. Young players from these South American leagues are often persuaded by the money and lifestyle in Europe and tend to follow in the path of their fellow national teammates and peers. It is a trend that continues to be abused and the exclusion from the ability to challenge in the Europa League or Champions League is key factor to consider for these players. All of America, not just South America, is excluded from these two massive and worldwide competitions and this without a doubt contributes to a player’s desire to leave and head to Europe and be noticed and seen all around the world.