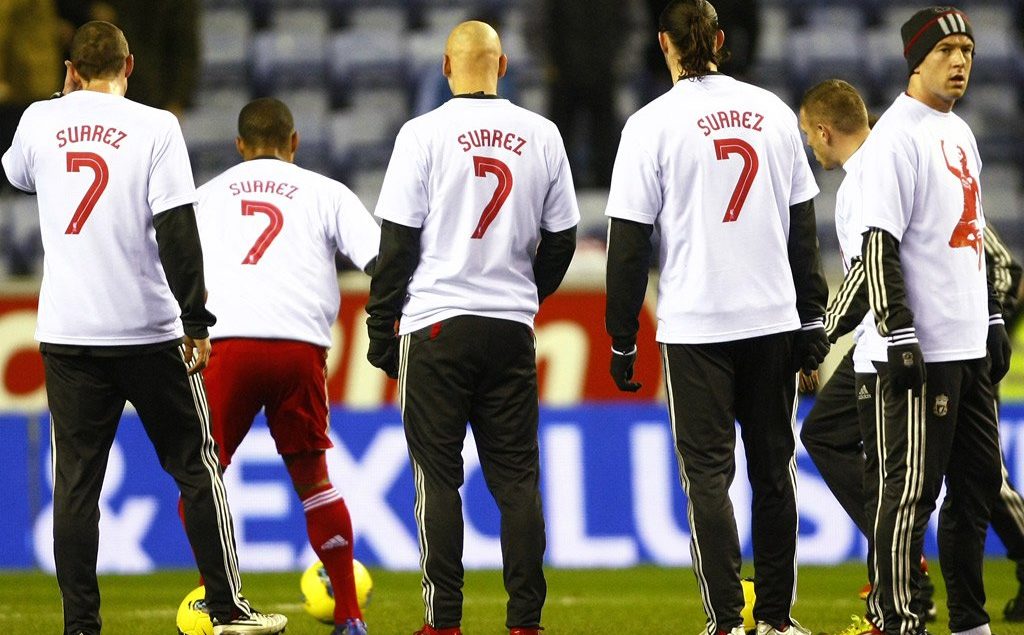 In a pivotal match for the title race, Liverpool defeated Chelsea 2-0 at Anfield on Sunday. While Sadio Mané opened the scoring, Mohamed Salah sealed the victory with a screamer of a goal. The goal, in many ways, was poetic justice: just days before, Chelsea fans referred to Salah as a “bomber.” The club immediately published a statement condemning the chants, and Salah’s teammates and manager were quick to defend him from such abhorrent racist chants.

Between the racist chants and the goal, though, there was a minute of silence observed before the match for Tommy Smith, a Liverpool legend who had recently passed away. A local boy who went on to win every trophy imaginable, he was idolized among the Liverpool community. But for some, such as Smith’s former teammate Howard Gayle, Smith left a markedly different legacy.

Before Gayle signed for Liverpool in 1977, Smith was one of his role models, having won four league titles and scoring in a European Cup Final against Borussia Mönchengladbach. Yet soon, Gayle realized there was a sharp difference between the player and the person.

Whenever Gayle got the better of him in training, Smith, irritated by the fact that his knees were gone and that he was no longer the player he used to be, attempted to distract Gayle by making offensive remarks about Gayle’s skin color. For Gayle, a black man who had experienced racism throughout his career, this was nothing new, but it did leave a lasting impact on him. Subject to constant racial abuse from his own teammate, Gayle’s morale dropped, and he no longer enjoyed going to practice.

One day, during a training session, Gayle finally lashed out. In his autobiography, he recalls taking a scorching shot towards goal, one that hit Smith in the leg. The younger players laughed, yet Smith didn’t take too kindly to it; he responded with a racist tirade. The players, apart from Graeme Souness, who supported Gayle, stayed silent; Smith was a legend, Gayle was just another player.

This causes a difficult moral dilemma. Many of Liverpool’s black players, from Georginio Wijnaldum to Rhian Brewster, have been subject to racist abuse. But how can Liverpool claim to take the high road in the fight against racism when they fail to check their own?

In 2011, after Luis Suárez was found guilty of racially abusing Patrice Evra, Liverpool’s players and manager donned shirts in support of their talisman. Rather than wearing ‘anti-racism’ shirts, which in itself is merely a symbolic gesture, Liverpool doubled down and supported their player. Paul McGrath, a black pundit and former player, criticized Suárez’s black teammate Glen Johnson for wearing the shirt, stating that he’d have thrown the t-shirt to the ground.

Can Liverpool claim to be fighting against racism when they refuse to check their own racists? It’s a difficult question, one that clubs have struggled to answer over the years. In 2012, John Terry was found guilty of racially abusing Anton Ferdinand, the brother of Rio Ferdinand, whom he had played alongside for England. After serving his ban, he kept hold of the captain’s armband and was given a hero’s farewell when he left the club in 2017.

Where do we draw the line between a player’s performances and a man’s behavior? After Callum Hudson-Odoi was subject to monkey chants in a match against Dynamo Kyiv last month, Chelsea lodged a complaint to UEFA in defense of their teenage winger. But are Chelsea’s efforts efforts to protect their player watered down by their recent history?

Racism exists in every corner of society, and given the fact that football is the most popular sport in the world, it’s obvious that racists, whether they be closeted or overt, will find a way into football. Whether they be buying tickets to the matches or playing on the pitch, racists are apparent in every country, every league, every strata of football.

In order to eradicate them from the sport, football’s governing bodies need to do more than hashtag movements and black-and-white videos. But it’s not just FIFA and UEFA–everyone must do their part. Teams must repudiate and punish the racists within their own ranks, and players, specifically white players, must do more to stand up to racism.

Leonardo Bonucci can try to use social media and goal celebrations to polish his image, but the fact is, when his teammate Moise Kean faced racism from Cagliari fans, he did not stand up to them; he instead tried to play both sides and say Kean and the fans shared the blame. White people, like me, have a choice: we can use our white privilege to stand up to racists, or we can be silent and complacent. But if we do choose to be allies, we cannot reserve our vigilance for when it is convenient and popular; we must also stand up to our own, look ourselves in the mirror, and question whether we’re doing enough.