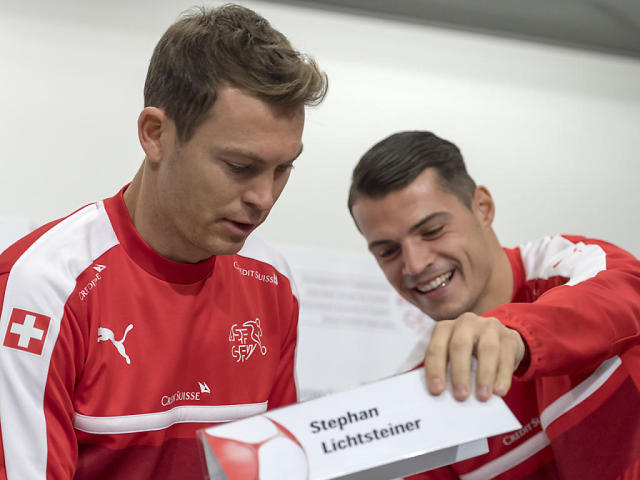 “I will miss you.” With those words Arsène Wenger ended his 22-year-long reign at Arsenal, and millions of fans across the globe wondered who would replace the French professor. Some wanted Luis Enrique, others wanted Massimiliano Allegri, the Juventus tactician. Soon, though, it became clear that Allegri was not going to leave Juventus to save Arsenal from Europa League football, and it became even clearer that Luis Enrique’s demands were too unrealistic. After that, it looked increasingly likely that Mikel Arteta, former Arsenal captain and current Manchester City assistant coach, would fill the shoes of Arsène Wenger. Arteta has no experience as a manager, and not too much experience as an assistant either. However, it made some sort of sense that Arteta would take the Arsenal job, he was well liked as a player, endeared and respected as a captain and one of Arsenal’s most consistent performers. As an assistant, a good amount of Raheem Sterling’s development and evolution as a player during Manchester City’s title-winning season has been credited to Arteta. Eventually though, Arsenal’s board settled on Unai Emery fresh off his underwhelming PSG stint and with considerably more experience than Mikel Arteta.

All of that is to say this: With different managers being considered, Arsenal’s transfer business this summer could have been taken in many different directions. We all love and respect Arsène Wenger for everything he did for Arsenal, and football in general. But truthfully, the Arsenal squad Unai Emery inherited had some depth issues, and needed key upgrades in starting positions. The jury is still out of course with no Premier League games having been played yet, but it can be accurately said that Unai Emery has done a competent job so far of rebuilding this Arsenal squad. Let’s start with the first signing,

Sokratis Papastathopoulos was the first Arsenal summer transfer target and the deal was wrapped up before Bernd Leno was announced. It was clear Arsenal was in dire need of a new center back; Per Mertesacker had just retired and hadn’t played a large role in the squad for quite some time. Laurent Koscielny is still recovering from a serious injury to his Achilles that puts his future in doubt. And then there’s Shkodran Mustafi. Mustafi has been inconsistent, with some promising performances outshadowed by a series of disastrous ones. However, there is hope that Emery’s system will help Mustafi perform as well as he’s capable of.

Sokratis is coming off a disappointing league campaign with Borussia Dortmund, and the German outfit were happy to get rid of him. Still, the 30-year-old may find the Premier League to be his niche. The Greek defender is a great leader with years of experience, but his recent performance left much to be desired. He missed crucial interceptions, often missed key tackles lunging at attackers, and lost aerial duels as well. Some of this sounds like Mustafi last year, some of this was Dortmund’s high line which often left defenders exposed, especially with a mediocre midfield in front of them. While Sokratis could recover his early BVB form at Arsenal, there’s no guarantee he can build a coherent pairing alongside Mustafi, who shares plenty of the same issues. If Emery is convinced Sokratis doesn’t have to rely on his pace in a new defensive system, then this transfer is solid, considering the fee of €20m. His experience is desperately needed as Arsenal currently have a number of young defenders who need tutoring in order to step up.

The second glaring need was a new goalkeeper. Petr Čech is still decent, but he made some critical mistakes and cost Arsenal points at times. His defenders did not help, but Čech should be a back up, not the #1 keeper anymore. Bernd Leno did show promise during his time with Bayer Leverkusen, and started playing Champions League football at a young age. Last year, he recorded 10 clean sheets in 33 games. He’s good at distributing the ball but has room to improve in the concentration department. However at 26, he is still learning and will definitely improve, and he’ll have one of the greatest goalkeepers in football history as his mentor. This is a great signing.

Stephan Lichtsteiner joined on a free from Juventus and at age 34 it can be assumed he isn’t here to replace Hector Bellerín. Hector Bellerín started almost every game, rotation was needed, and it’s a miracle he hasn’t faced any serious injuries. Hector Bellerín is one of the best young right backs in the world, but his game needs improvement. Stephan Lichtsteiner brings valuable experience from club football and international football; his crossing isn’t very good, but a good World Cup has proved he still has 2 years of good football left. The link with Swiss international Granit Xhaka is positive as well.

The last transfer for Arsenal this summer, at least at the senior level, is a coup. 19-year-old Mattéo Guendouzi joins from Lorient for £8m, yet despite his obvious potential, it is unclear whether or not he will leave on loan or stay at Arsenal this season.

Of the five signings that Arsenal have made, none quite signify the changing of the guard like the purchase of 22-year old-Uruguayan midfielder Lucas Torreira, one of the most exciting midfielders in Europe. Plying his trade with Sampdoria, Torreira played at the base of a 4-3-3 formation and earned comparisons to N’Golo Kanté due to his positioning, his engine, his ability to play good passes under pressure, and the key interceptions he makes. Simply put, he’s the midfielder Arsenal has needed for years.

During his Serie A campaign and his World Cup, he was constantly making crucial tackles, persistently pressing, and always playing the smart pass. The work he does will free up Granit Xhaka to do what he does best, which is controlling the pace of the game instead of doing what we consider to be dirty work. Unai Emery now has three different central midfielders that complement each other well. He has the best playmaker in the world, Mesut Özil and he has two top class forwards in Alexander Lacazette and Pierre-Emerick Aubameyang. Sokratis and Mustafi have the potential to be a solid pairing and Bernd Leno can become an even better keeper. Unai Emery should be praised, he’s built a squad good enough to get back to the Champions League.