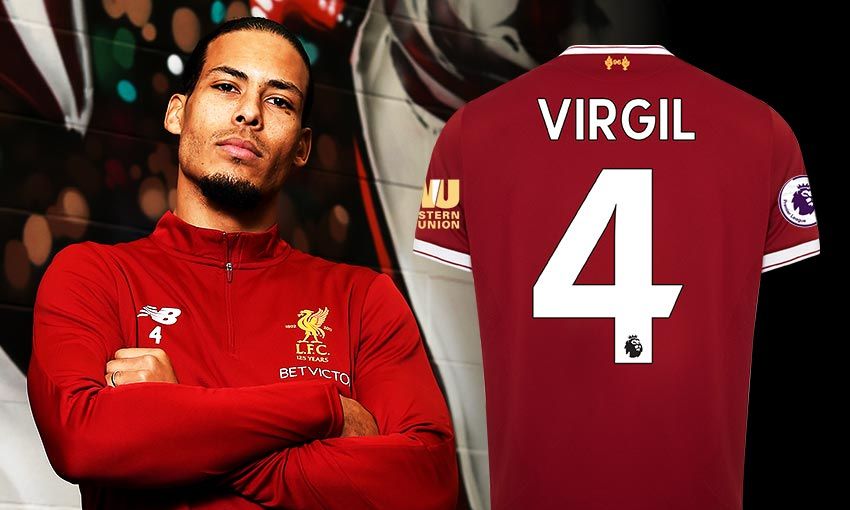 On Wednesday, it was finally announced. The news that all Liverpool fans were waiting for during the entire summer transfer window. Both Liverpool and Southampton had finally agreed a deal to sign defender Virgil Van Dijk – after manager Jurgen Klopp fought hard all summer to secure the Dutchman’s services to Anfield.

After the Anfield club were forced to apologise by the Saints for allegedly ‘tapping up’ the centre-back in July, the general consensus from some was that the pursuit of van Dijk was finally over – and that the Reds would have to look elsewhere to bolster their defensive ranks.

But nevertheless, Klopp continued to fight to secure the services of the 26-year-old. However, the German boss was criticised by pundits and fans alike for putting all of his eggs in one basket – and failing to seek alternatives once it became clear that van Dijk wouldn’t be moving in the summer transfer window.

Fast forward almost four months later though, and Liverpool finally have the man who they fought for long and hard during the past six month. Van Dijk was officially announced by the club today, and he will officially put pen to paper on January 1, having completed a medical.

The deal was met with a great sense of euphoria for Liverpool fans, and it’s easy to see why so many are finally beginning to envisage them as close title challengers to Manchester City.

Although a title challenge this year is practically improbable with the ruthless streak that Pep Guardiola’s side have embarked on since August, in the long-term, this could prove to be one of Klopp’s & Liverpool’s more important signings in the last decade.

Firstly, there have been several question marks raised about the fee the Reds paid for van Dijk, which was in the region of £75m. However, given that Klopp has finally addressed the side’s most underlying weakness which has been present for years in the team, I would argue that the fee is of little significance.

The fee also implies that the board, FSG, are finally showing signs of ambition and desire to invest in the backline in order to collectively progress to the next level. Many Liverpool supports and much of the anti-FSG brigade had lambasted the lack of backing the board had shown in Klopp – as well as their reluctance to invest in the areas which have prevented the Reds from success.

However, these doubts were answered emphatically by Fenway – and the record van Dijk deal did clearly show signs of ambition. And with the Merseysiders also linked with Swiss centre-back Manuel Akanji from FC Basel, there is concrete evidence that the club’s targets are following Klopp, and they have an interest in the project that the German is striving to build at Anfield.

There is no doubt that the Dutch centre-back could go on to become one of Liverpool’s most important signings in recent years. Despite his underwhelming form for Southampton during the season, at times it didn’t appear as if the 26-year-old was playing at 100% – with the ex-Celtic defender already fuming regarding his failed transfer to Klopp’s side during the summer.
His leadership, vocal character and communication will finally add stability to Liverpool’s central defensive ranks, which have been sorely lacking since the days of Jamie Carragher, Sami Hyypia and Daniel Agger. With Dejan Lovren’s erratic positioning and mistakes rightly pushing him down the pecking order, van Dijk’s arrival will finally inspire some much needed confidence into the defensive ranks which appears to be sorely lacking at the moment. With current captain Jordan Henderson being accused of failing to rally his troops in difficult scenarios, van Dijk could provide all of the qualities of that of a captain-in-waiting.

This presence could also be vital for when Liverpool are hanging onto leads. The Reds’ failure to cling onto winning positions has become an ugly hallmark of their season, with 49 points being dropped from these positions even since Jurgen Klopp took charge in October 2015. Questions had been asked about the midfield’s ability to control a game, and the mental fragility of the side. However, the side appears to be simply lacking in defensive leaders and in having a top 10 centre-back in the league in the form of Virgil van Dijk, it will give those around him the ability and confidence of finally being able to see a game out.

It’s not just his ability to lead a side that he’s renowned for, though. With the Dutchman acclaimed for his ball-playing skills, height and composure, his ability to switch the play and target wide areas with space could be another vital asset against deep-block sides away and at Anfield throughout the season..

However, whilst van Dijk will be a massive piece in the puzzle which is yet to be complete, he will not hold all the answers. Many have been misled into thinking that the Dutchman will overnight transform the side’s defensive fortunes and Liverpool will transform into a European force once again.

There are still massive gaps left to fill where the goalkeeper role is concerned. Whilst Simon Mignolet enjoyed a fine run of form towards the end of last season, his constant individual errors this term have cost several valuable points for Klopp’s side. Another defensive midfielder is also in demand at Anfield, with Liverpool in grave need of a deep midfielder who can finally control a game by the scruff of the neck.

Having van Dijk next to his fellow countryman Stefan de Vrij or even Manuel Akanji will only breed his confidence and allow him to bed in quicker. Either way, it is a massive piece of business from the club. Signs the club is heading in the right direction.