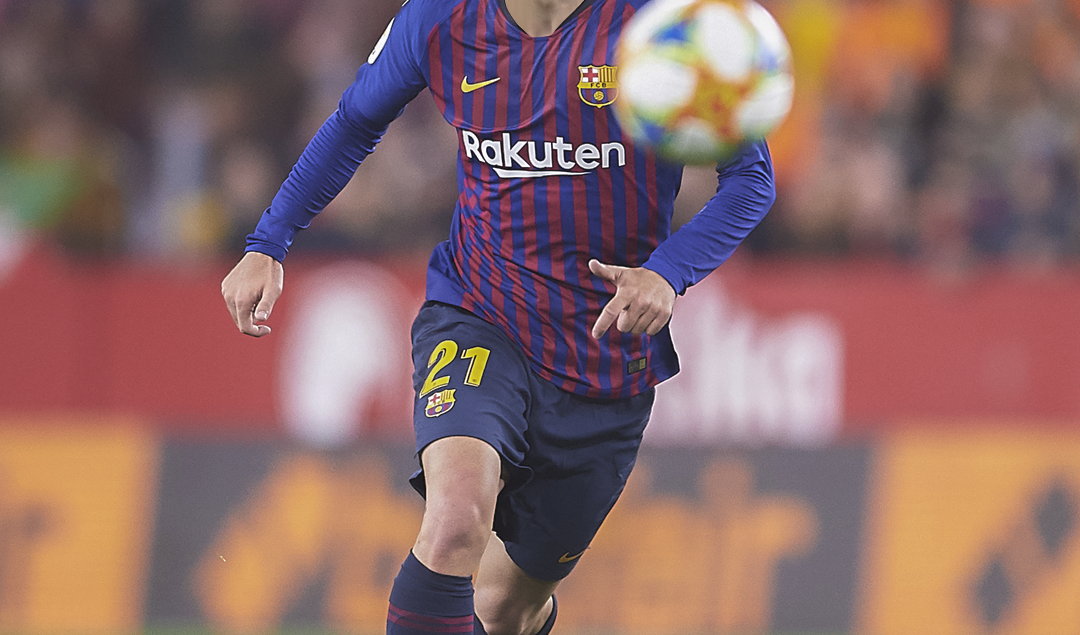 Barcelona’s £65 million capture of Frenkie de Jong was met with a great deal of fanfare amongst Culés, and it is easy to see what all the hype is about. De Jong combines superb vision, an exquisite first touch, and an incredible passing range with a dribbling ability that leaves entire teams trailing in his wake, and if that wasn’t enough, his Ajax roots add a bit of romance to his transfer, given Barcelona’s longstanding relationship with the Dutch outfit. However, de Jong will have to make significant changes to his game if he is to thrive at the Camp Nou, for the simple reason (as will be shown) that his playing style represents something of a culture shock for the Catalan club.

It would be something of a truism to say that Barcelona have a particular philosophy of football that forms the basis of whatever they do on and off the pitch. Ever since Johan Cruyff set up La Masia (‘the Harvard of football’), players of all age groups have been trained in the attributes of possession, passing and pressing, with players being imparted with a specific emphasis on achieving mastery of these three aspects. As a result, since the time of Frank Rijkaard and Pep Guardiola, Barcelona have always been very strict in terms of positions to be taken on a football pitch, with free-roaming roles being discouraged in favour of positional discipline.

Guardiola’s Barça’s side did not flourish from players roaming freely and whimsically about the pitch, but because they excelled at covering the zones that were assigned to them, and this began from Victor Valdés’ position in goal all the way to David Villa’s position as the striker. While Leo Messi’s false 9 role allowed him some freedom of movement, a large part of it was down to his extraordinary technical ability, and even then, Messi rarely adopted that free role outside of the opposition’s final third.

This discipline in positioning was geared towards ensuring that Barcelona were not exposed on the counter, and the pressure they exuded with their high defensive line was geared towards attacking the second ball when it fell to them from crosses and rebounds. Guardiola’s now famous 5-second rule, which mandated that his players press relentlessly to win the ball back, was also premised on individuals holding their position on the field, which should explain the importance of positional discipline for a club like Barcelona.

This was the recipe that was responsible for Pep’s glory years at Barcelona, and it is exactly why the addition of Frenkie de Jong needs to be analysed carefully by the club. This is because the constraints that the system places on the 21-year-old might hinder rather than help in his development. Depending on where Ernesto Valverde plays him, this move has the potential to rob him of the dribbling ability that he utilizes to fearlessly drive his team forward.

In an era characterised by possession (Barcelona) and pressing (Liverpool, Tottenham), Frenkie de Jong is a wonderful anomaly: someone who brings his team forward by dribbling his way through opposition sides rather than by indulging in intricate link-up play with his teammates. Outrageous in its simplicity but breath-taking in its scope, de Jong’s dribbling is a real delight to witness, and when you consider the fact that these runs propel Ajax at least 50 metres up the pitch, you can understand just how dangerous those slaloming drives actually are.

Much like Tottenham’s former midfielder Mousa Dembélé (another excellent dribbler) everything that de Jong does, from the way he moves off the ball to his first touch, is centered on manufacturing space for an offensive run forward, and such is his ability that few can get close to without running him over and fouling him.

Just check out this clip which compiles his dribbles from a centre back position, and notice how freely Ajax move when de Jong gets on the ball: Frenkie de Jong dribbling from centre-back – Streamable.

This above move is possible because of the intelligent manner in which de Jong uses the ball and surrounding space. It is not solely about dribbling, but about attacking spaces behind the pressing player, drawing the attention of another, and finally exploiting that newfound space by passing to the player who has just been liberated because of the original darting run. This is intelligence on the level of Lionel Messi and Marco Reus being displayed by a 21-year-old; is it any surprise then that Guardiola was so keen for City to land the Dutchman?

What the clip also proves is how good de Jong is even when he is not dribbling, and it is here where he is able to play the line-breaking pass from both attacking and deep-lying positions.

Not only does he possess the ability to visualise where each teammate is and then pick out an unmarked run, but he also combines his laser passes with the ability to attract an opposition press and then hit long balls beyond them, which was on glorious display in several fixtures this season, including the first group stage match of the Champions League, where he partnered fellow wonderkid Matthijs de Ligt in defense.

This centre-back experiment was the brainchild of Ajax manager Erik ten Hag, which intended to provide the team with an attacking thrust that began from the backline itself; however, few expected de Jong to be such a success in an unfamiliar centre-back role.

Nonetheless, Culés should take these performances with a caveat: de Jong has only faced defences with a strong man-marking orientation, with Eredivisie teams generally staying away from zonal defensive organisations. While his excellent qualities might render that fact irrelevant, it is worth seeing how he fares against teams like Simeone’s Atlético Madrid, which marry zonal and man-marking organisations by congesting the central spaces and forcing teams to play through the wings.

Given de Jong’s unique skillset, it is easy to see why Barcelona have splurged on the Dutchman, but his position within the team remains a matter of debate for some. His abilities enable him to play in a wide variety of positions but the role Barcelona really need him to prepare for is that of the organising midfielder. While Carles Aleña and Arthur Melo are the natural replacements for Iniesta and Xavi, no such player has been found who can take over Sergio Busquets’ role in the side, and Barca will be counting on De Jong to fill that role.

It will be interesting to see how the Dutchman adapts to that role, because Busquets’ game has seldom been about anything besides passing. It is his ability to keep the play ticking that makes him so valuable, but it is a role that de Jong can make his own with some slight alterations. Where Busquets would attempt to pass, de Jong is likely to dribble, and while it will be a different sort of progression, it will ultimately benefit Barça as they can play quicker when on the counter. Regardless of where he plays, de Jong is an exciting addition to Barcelona’s growing array of midfielders, and it will be fascinating to see how the player and club adapt to each other’s presence.