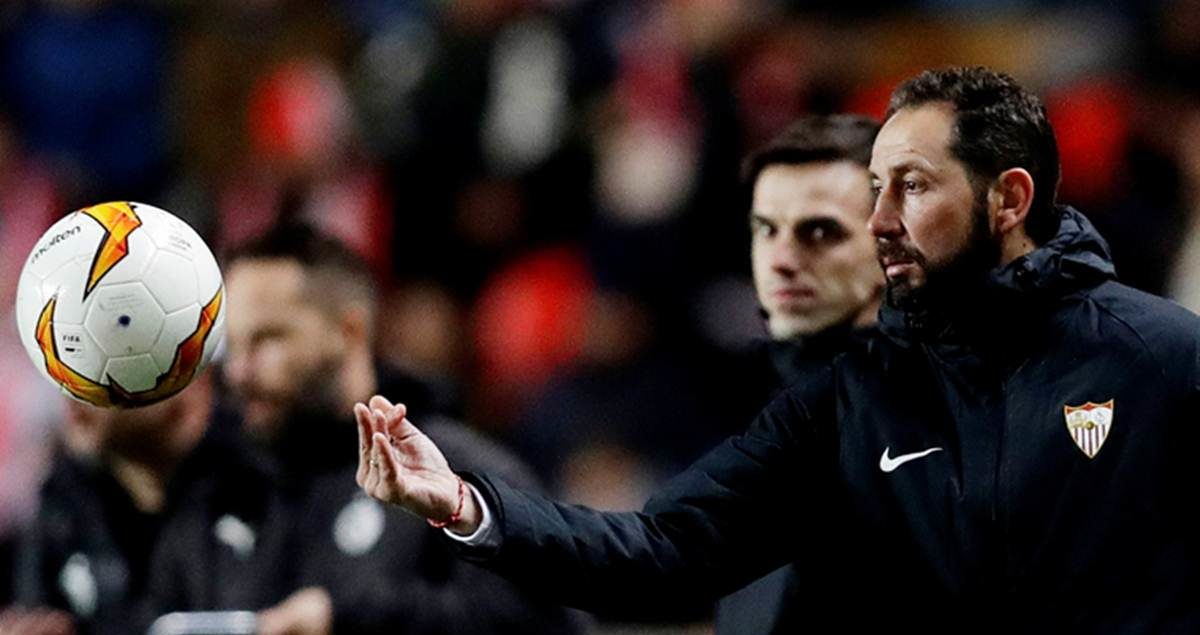 It started so well for Pablo Machín at Sevilla, with Los Nervioneses leading the league in October and dominating teams with pace on the counter. However, slowly the results started to peel away; Sevilla won just two of their last 11 league games and went without a win in their last ten La Liga matches away from home. Following the Europa League elimination against Slavia Prague, with Sevilla 6th in La Liga and out of the Copa Del Rey, Machín was sacked.

For many neutrals, this sacking felt very harsh and undeserved for Machín. Sevilla had beaten Real Madrid at home and Machín had gotten the best out of Pablo Sarabia, Jesús Navas, Franco Vázquez, as well as new signings Sergi Gómez and Tomáš Vaclík. However, many Sevilla supporters were already calling for his sacking after the embarrassing exit in the Copa Del Rey, where Sevilla blew their first leg lead against Barcelona and lost 6-1.

Following the Copa exit, Machín was given more time and kept his job for the time being. Sevilla would go on to lose to Celta, Villarreal, and Huesca, all of which are battling relegation. Finally, on March 14, came the straw that broke the camel’s back: elimination from Europa League by Slavia Prague.

Before the 6-1 loss to Barcelona, Machín’s men were in 4th and five points ahead of Getafe with a record of 10 wins, 6 draws, and 6 losses. At the time of Machín’s sacking, Sevilla were in 6th with 11 wins, 7 draws, and 9 losses. In the time following the loss to Barca, Sevilla lost four out of five league matches, being leapfrogged by Getafe and Alavés in the table and falling to 6th and four points behind 4th placed Getafe.

After the devastating defeat in the quarterfinals to Barcelona, Sevilla nosedived in the league whilst barely scrapping through the Europa League tie against Lazio. The team seemed to be disinterested, and the element of teamwork and synergy which had defined the start of the season was no more.

The team grew overly dependent on Wissam Ben Yedder, Navas, and Sarabia for creativity, and the defense and midfield seemed overly fatigued. Part of this was due to Machin’s failure to rotate earlier in the season in matches against weaker teams.

When Machín did rotate, he rotated in Europa League matches where the team was overly rotated and many of the fringe players were unprepared. These matches included away losses to Krasnodar, Liége, and a close 4-3 win at Akhisarspor. Another big problem Machín failed to correct was an over-reliance on the three at the back formation.

Machín never started a match with a back four, and while it worked for the first half of the season, opposition teams caught on to how Sevilla played and diminished the influence of Sevilla’s wide players whilst also catching Sevilla on the counter when the wing-backs were out of position and high up the field.

All in all, the sacking of Pablo Machín was the right decision by Sevilla, if not a bit hasty. Machín is a young manager with a bright future ahead of him, but he simply was not ready for the jump to a bigger club yet. Machin’s story could turn out a lot like a fellow ex-Sevilla manager, Marcelino García Toral.

Marcelino was appointed at Sevilla following spells at Real Zaragoza and Racing Santander. He wasn’t ready for the jump up and was sacked in February with Sevilla in 11th. Following the sacking, Marcelino took a year off before accepting an offer to manage Villarreal, where he would achieve three top-six finishes in a row as well as a run to the semi-finals of the Europa League in 2016. Today, he’s managing Valencia, having led them to a top-four finish in his debut season, and with Los Che making the Europa quarterfinals as well as the Copa del Rey Final this season.

While Marcelino coped with the early pressure this season, kept his job, and vindicated Valencia’s leap of faith, Machín was on the other end of the spectrum. But if he corrects his mistakes and becomes more flexible formation-wise, there’s no doubt he will be a top manager. It’s only a matter of time.