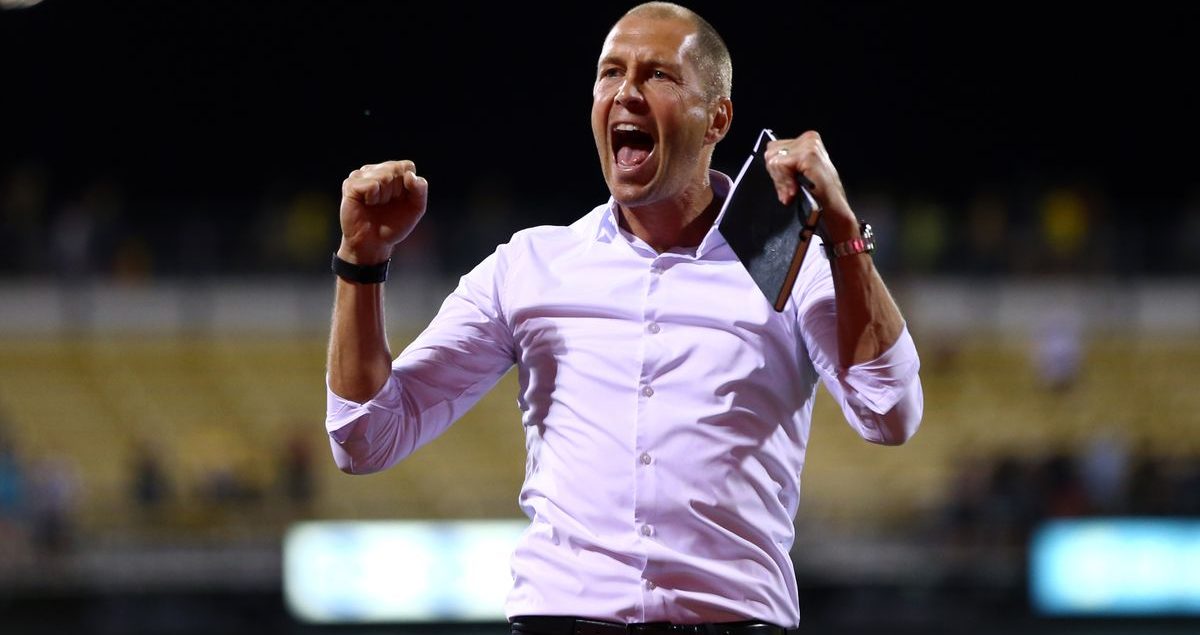 In my last article, I was highly critical of the quality, or lack thereof, regarding coaching football in the United States. I wrote about how youth coaches in America prioritize speed over intelligence, how seriously European nations have taken coaching education, and the fact that the U.S. Soccer Foundation (USSF) still hadn’t hired a new head coach. At the time of publishing of the article, the U.S. Men’s National Team (USMNT) had been without a permanent head coach for over 400 days. Dave Sarachan was always going to be a stop-gap until the USSF found a permanent solution, and that solution took far longer than it should have.

There were many names thrown around, with Julen Lopetegui, Arsène Wenger, and even Sam Allardyce were sounded out as potential candidates. Sooner or later, the search committee had started to narrow down the candidates, and the name “Gregg Berhalter” seemed to be popping up more frequently. No sooner had this began to gain traction that Berhalter was appointed to the role of USMNT head coach.

To say this was a divisive appointment would be an understatement. Columbus Crew supporters were thrilled about the prospect of their former coach leading the national team. They had experienced Berhalter’s style and philosophy up close for five years, and they knew what to expect from him. Other MLS supporters did not receive the news in the same light. They believed that Berhalter was a detrimental appointment and that we, as a country, needed to raise our standards. Berhalter might not be the young, dynamic coach that most wanted, but, looking at the bigger picture, he’s the perfect man for the job.

The appointment of  Berhalter as the head coach should be considered a turning point for the USMNT. We, as supporters, have been crying out for a coach to take the reigns and shape the future of football in this country. In Berhalter, the USSF has appointed a tactically astute and academic coach, who has a clear vision on his coaching philosophy. Bruce Arena is, rightly, heralded as an American coaching legend. However, though he has enjoyed great success, there was never a feeling of a solid philosophy under his management. Were we a possession-based team? Counter-attacking? High pressing? The same can be said of Jurgen Klinsmann. He promised to establish an “American style of play,” but what did that mean? Every footballing nation and team should ideally have an identity and culture, something which supporters can boast. This is precisely what Gregg Berhalter will bring to the USMNT.

Berhalter is an aficionado of the 4-2-3-1 formation that has, in recent years, been the default formation for many football clubs. What’s interesting about his use of this formation is having a #6, like Wil Trapp, drop in between the two CBs, with the other central midfielder pushing up, flanked by the fullbacks, to more or less create a 3-4-2-1 or a 3-4-3. The beauty of this transition is that it allows for positional advantages at the back, as most teams play with either one or two strikers.  The midfield can be augmented by the two forwards/wingers as well, to allow a numerical advantage when building from the back. Berhalter encourages diagonal switches to either fullbacks or wingers, which can stretch the play, using as much of the pitch as possible.

Defensively, he sets his starting shape as a 4-4-2/4-2-2-2. The interchanging configuration allows the team to either sit in a low/mid-block by containing the midfield, or, with advanced positioning, engage in a higher press. The lower block has been utilized in conditions where expending energy is detrimental to the team, like in extremely hot weather. The 4-2-2-2, however, depends on pressing cues. One cue would be when the opponent passes the ball back. From there,  Berhalter either has his team press high to win the ball, or organizes his team to force opposition long balls.

The biggest compliment to Berhalter’s coaching ability is his knack of understanding his players’ limitations and strengths. The greatest success this season has been Gyasi Zardes. Since he first broke out as a professional in 2013, he hit double figures for goals once in 2014, with 16 scored; these are poor outputs for a striker. However, this past season with the Crew, Zardes hit 19 goals, a career high. It’s not that Zardes became a world beater overnight; it’s down to Gregg Berhalter and his coaching. He understands Zardes’ biggest strength: his speed and physicality. With this in mind, he turned Zardes into something of a “poacher.” The team wasn’t necessarily built around Zardes, but the Crew adapted to his strengths to supply the goals. The bottom line is, this is a coach’s job: improving players and helping the team achieve their goals.

With this new electrifying crop of young American talent, they should be excited at the prospect of working under Berhalter. He has a clear vision of how his teams want to play and is receptive of the needs of the team. These are exciting times for the USMNT, but what Berhalter needs is time, trust, and patience. As a coach, that is his greatest asset and something we as Americans should be more than willing to provide.