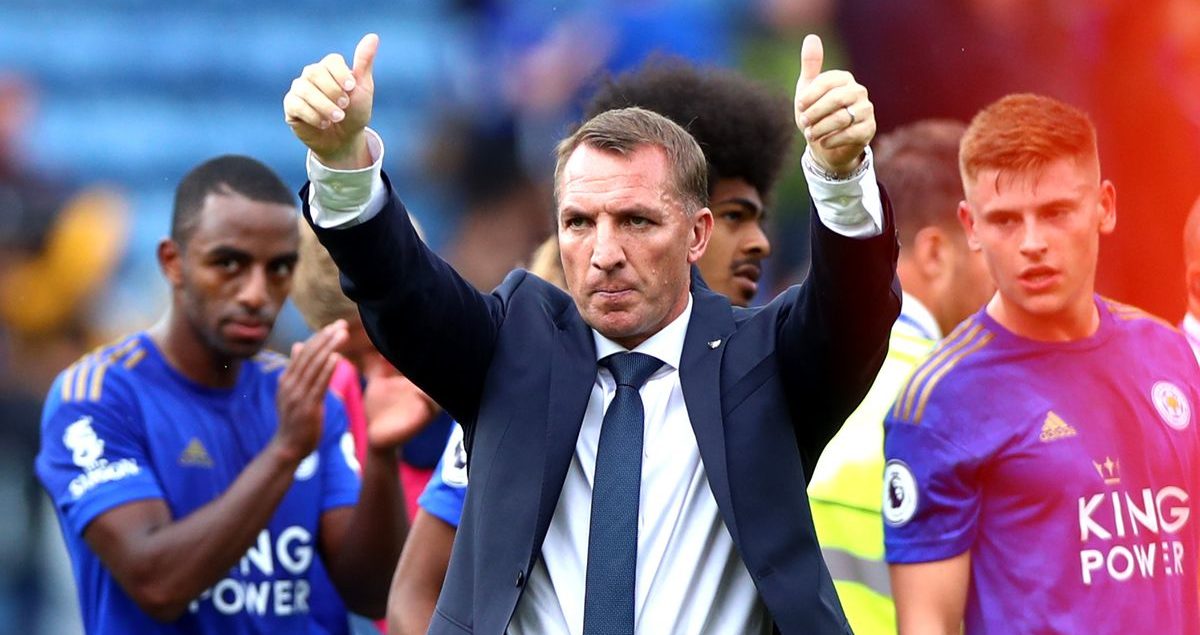 Just over a week on from a certain Englishman’s departure, and I don’t think Leicester City will be too disappointed at how things are looking. With two points from two tricky games, including an impressive second-half performance at Stamford Bridge, The Foxes have started solidly, even with a gaping, Harry Maguire-sized hole in their defence.

Losing an £80 million-rated player can’t ever be a good thing, yet, having no doubt dried his tears with bundles of Mancunian cash, Brendan Rodgers still has many a reason to remain positive. After all, every cloud has a silver lining, and in this case, it’s how well Leicester bought before the Maguire bombshell. Shrewd, and at times sensational transfer business means that the Northern Irishman finds himself at the helm of a fascinating squad; young and brimming with potential, yet seasoned with refined Premier League quality and experience. He will be relishing the challenge of tapping in to this goldmine of talent.

Just how far this team can go has quickly become a cause for debate. It was only three years ago that this side exploded into life and shocked the footballing universe with that glorious title victory, but I wouldn’t be racing down to the bookies just yet. Instead, much like the possession-based style he advocates, Rodgers will look to build Leicester City up slowly, nourishing his young team with a system that promotes attractive, intricate football. A far-cry from Ranieri’s rampaging smash-and-grab mission, Leicester’s newest boss will be targeting the top-six stragglers first – and there certainly isn’t anything to suggest that the Foxes can’t give some of the slipping-and-sliding superpowers a serious run for their money.

Rodgers tends to operate with a Manchester City-esque 4-1-4-1 system, using the tireless Wilfred Ndidi as the defensive foil to allow the elegant duo of Youri Tielemans and James Maddison up ahead to strut their stuff. In possession, this gives these two creative midfielders, both just 22, by the way, almost total attacking freedom, something that particularly helped Maddison to thrive in his exciting Man of the Match performance at Chelsea. Ndidi, similarly in the thick of the action at The Bridge, made more tackles than anybody else in the league last season, showing his effectiveness in this defensive role. Oh, and guess how old he is. Yep, just 22.

This destroyer-creator triangle in the Leicester midfield has incredible potential, and will become the beating heart of an increasingly potent team as the campaign wears on. Countless examples of its functionality are scattered throughout last season, strikingly in a late-season contest with Brighton, where Ndidi hunted down and won the ball, broke the defensive line with a diagonal pass to Tielemans, who, free as a bird, slid an excellent ball through to Demarai Gray who found the back of the net. The Belgian’s guile and agility make him an elusive figure, slinking from space to space, while Maddison’s pinpoint passing ability and wicked drive make the two a dangerous pair capable of unlocking any defence from midfield. You can fully expect this exciting trio to thrive under Rodgers’ expert tutelage.

Also vital to the success of Tielemans and Maddison is the lethal Jamie Vardy, fresh off the back of another superb season as Leicester’s main marksman. Always looking to stretch the opposition vertically with those direct runs in behind, he’s constantly looking to offer a long-ball option for the creative midfielders, something that is often used to devastating effect. Wingers Harvey Barnes and Demarai Gray, again just 21 and 23 respectively, are often told to stay wide to free up central space, but also like to use their pace to get in behind or to come inside to create space for the bombarding wingbacks. Then there’s new signing Ayoze Perez, who, while not as direct as Vardy, is a renowned nuisance for his clever movement. Dropping deep, darting out wide or in behind, arriving late into the box – the Spaniard mixes his game up very well, and is also a very capable, 10-goal-a-season finisher who likes to press high and win possession from the front. While largely ineffective at Stamford Bridge, the Spaniard will certainly improve to offer Rodgers another quality attacking option.

Not only that, but in Ben Chilwell and Ricardo Pereira, Leicester have one of the best full-back pairings in the league. Showing visible signs of improvement throughout last season, Rodgers will be looking forward to working with 22-year-old Chilwell, especially after bringing out so much from the similarly impressive Kieran Tierney during his tenure at Celtic, whereas Ricardo, fast, agile, energetic, strong and direct, will continue to bomb down his right-hand side on the overlap, underlap or with the ball at his feet. While it was Liverpool’s Robertson and Alexander-Arnold who stole the full-back show last season, these two weren’t far behind, and won’t be this season, either.

Their consistency, versatility and stamina allowed Rodgers to experiment with 3-man defences last season while his team had the ball, with one of Chilwell or Pereira bolstering the attack while the other shifts into a back three to prevent the counter attack. Again, both young and with plenty to learn, there is certainly opportunity for Rodgers to mould this pair into exactly what he needs for his system to flourish and for their potential to be realised. Furthermore, the low-key signing of 21-year-old full-back of James Justin only serves to add more reinforcements in the form of another promising youngster, tipped for England squad in the near future.

The issue, on paper at least, now lies in central defence. With their Harry Maguire mega sale well-documented, The Foxes struggled to find a centre-back replacement before the transfer window slammed shut, as clubs upped their asking prices dramatically for the recent £80 million lottery winners. That leaves them with club legend Wes Morgan, Premier League veteran Johnny Evans and Turkish tackler Çağlar Söyüncü as defensive options; a capable trio, but one that lacks cover if injuries and suspensions strike.

A second problem lies in consistency. There’s absolutely no doubt that they can compete against the very top sides in the division, but they just need to be that bit more ruthless against the rest. Late December of last year sums up their problem nicely; in the space of a week they secured a fantastic win at Stamford Bridge, stunned eventual Champions Manchester City, then lost at home to Cardiff City just three days later. Last season, their away form wasn’t much worse than their competitors, but with 8 home defeats, they lost out on far too many, extremely winnable points.

Eradicate that, and you have to feel that they have a chance. Even if they don’t quite make the grade this year, Leicester won’t be going anywhere for a while. This is a long-term project, and provided that Rodgers is given time, you can expect to see these young, hungry foxes fighting with the big boys for the European scraps soon enough.