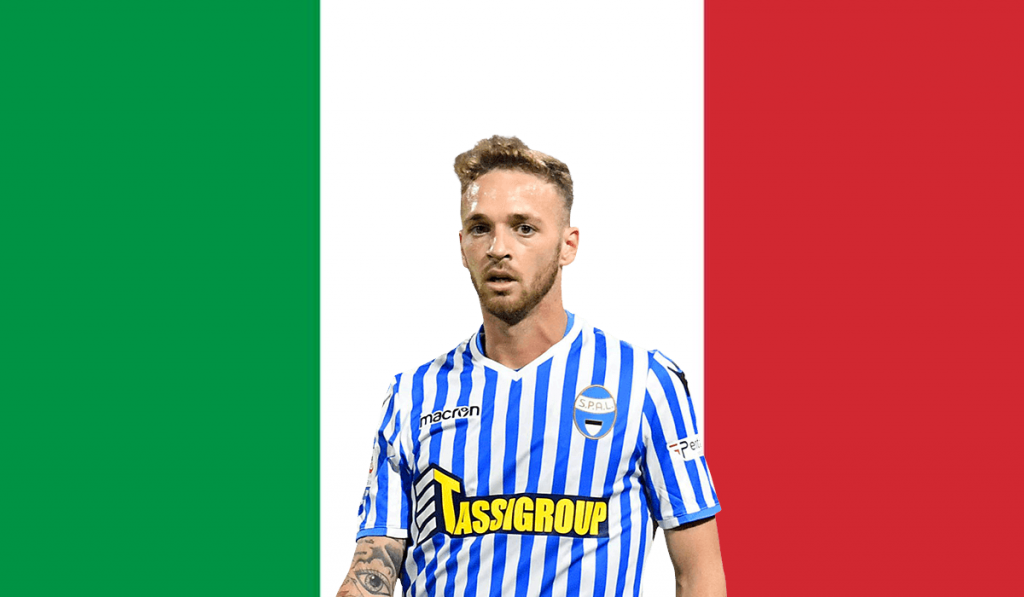 The mission to bring Manuel Lazzari to Rome has been on the minds of Lazio’s management for well over a year. 25 years of age and an Italian international, the Vicenza born footballer has played for SPAL since the summer of 2013 following AC Giacomense’s sale to Gli Estensi. Flying under the radar for quite some time, since arriving in the Serie A for the 2017/18 season – following the club’s double promotion from the Serie C (2015/16) and Serie B (2016/17) – he has established himself as a main component in the Emilia-Romagna side’s success, proving to be one of the best in his position in the league and a constant threat for any opponent he comes across. For this reason, the Biancocelesti approached SPAL this summer, making a move to secure his services. After lengthy negotiations that went back-and-forth, the deal seems to have finally approached its conclusion for €9-10 million euros + Alessandro Murgia. Truly a bargain for a player of his quality in this day and age, below, a deep dive into the 1993 born Italian who is set to be a massive addition for Le Aquile.

Lazzari is an extremely versatile footballer, capable of playing in almost any position on the right flank. For Gli Spallini, he has spent time as a midfielder, wing-back, and defender in either one of a three-man or four-man defensive back line. However, since the appointment of Leonardo Semplici in January of 2014, he has primarily been utilized as a wing-back in a 3-5-2 formation. This is where he is the most effective and feels most comfortable, steadily improving both offensively and defensively under the Italian manager’s command.

When moving forward, Manuel keeps a wide position on the pitch and attacks on the counter. He favours this thanks to his excellent conditioning, making use of his endurance and sprint speed to catch his opposition off-guard. We saw this time and time again last campaign, as he regularly got behind defenders by keeping his runs near the sideline. On average in 2018/19, he made 4.5 forward runs per match.

Additionally, the 25-year-old is not one who is afraid to take on his man. In 2018/19, he had an average of five successful dribbles per match, usually inching forward with close dribbling before making a quick move to whip a ball in. This brings us to Lazzari’s next two traits: his vision and crossing ability. In the Serie A last year, he completed an average of three crosses per match with a success rate of just over 38%. These crosses resulted in him acquiring nine assists for SPAL – the joint-third most in the league.

Although Lazzari is a real bonus in attack, his defensive work – as seen from the analysis in the picture above – does need some improvement. While fouling a lot less than others in his position, he recovers the ball only four times per match and loses possession 11 times. This is a result of the player often being caught deep in the oppositions half, trying to make a play occur.

Lazzari will slide directly into Lazio’s starting eleven on the right side of Inzaghi’s 3-5-1-1 formation. As the Biancocelesti use similar tactics to SPAL, the player will be able to adapt to their style of play with ease, especially considering his experience in the league and the absence of a language barrier. Le Aquile have been without a player who can really cross the ball and set up the strikers since the departure of both Keita Balde and Felipe Anderson which is why bringing Manuel to Rome will almost unquestionably raise the overall quality and level of the side.

Set to be their third official signing of the summer, with Claudio Lotito and Co. pushing for a UEFA Champions League spot once again in 2019/20, we will see if acquiring the footballer was the missing part of the puzzle in achieving their goal.