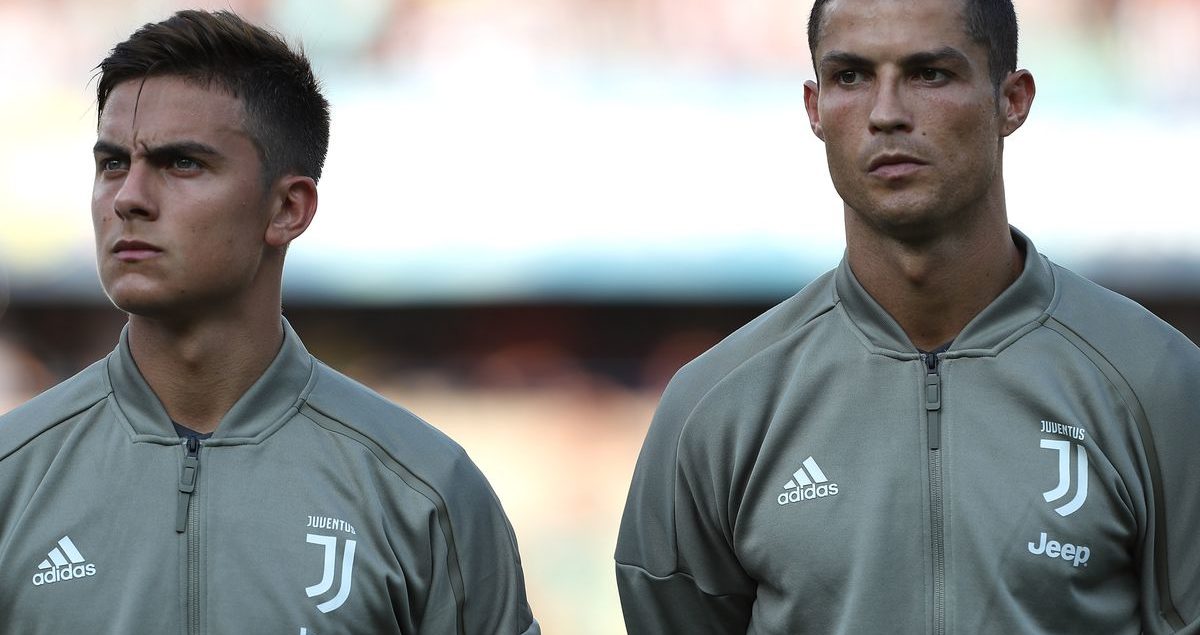 Euphoria was immediate when Portuguese superstar Cristiano Ronaldo was purchased from Spanish giants Real Madrid by Italian side Juventus in the summer of 2018.

The Bianconeri had acquired a five-time Champions League winner and the club were still in search of their first European Cup/CL title since 1996 but accommodating meant that adjustments have had to be made to the attack and his arrival has not been ideal for Paulo Dybala on the pitch.

The 25-year-old has not been performing well throughout the 2018/19 campaign, and in particular, he has not been able to develop an on-field understanding with the former Real Madrid ace.

Dybala has scored just five goals and assisted in six others in 27 Serie A appearances while the Portuguese superstar has scored 20 times and provided 11 assists in 28 games.

Statistically it is a poor return for the mercurial Argentine, who has been an important part of the Bianconeri attack since he arrived from Palermo in the summer of 2015 for €32 million plus bonuses. The last time that he did not reach double figures in Serie A was in 2012/13 with the Rosanero, finding the back of the net just three times in his first season in Italy.

Since arriving from the Sicilian side, the 25-year-old has been used in different roles and played in a variety of formations under Juve tactician Massimiliano Allegri.

Dybala scored 19 goals and provided nine assists in 34 games in his first league campaign with La Vecchia Signora and he partnered either Álvaro Morata or Mario Mandžukić in an attacking duo. Both centre-forwards did not park themselves in the penalty area, which allowed the Argentine to play closer to goal and be the main scoring threat.

After scoring a Serie A record of 36 goals in the 2015/16 season, Argentine striker Gonzalo Higuaín was acquired from Napoli for a reported fee of €90 million and Allegri decided to pair him with Dybala for the following campaign.

The Bianconeri had alternated between the 3-5-2 and 4-3-1-2 formations in 2015/16 while the 3-5-2 was predominantly used in the first half of the 2016/17 season. “El Pipita” had become the main reference point in attack and the goals had dried up for “La Joya” but both Argentinians were not scoring as many goals as one would have anticipated.

For the second half of the campaign, Allegri switched to the 4-2-3-1 formation which meant that Higuaín would operate as the lone striker and Dybala played behind him with Mandžukić and Juan Cuadrado on the wings.

Dybala finished with 11 goals and eight assists in 31 Serie A games that season while scoring four times in the UEFA Champions League before La Vecchia Signora succumbed to a 4-1 defeat to Real Madrid in the final. Before that, he did score the solitary goal in the second leg victory against FC Porto in the Round of 16 and starred in the 3-0 win against Barcelona in the quarter-finals, netting a brace in the first leg.

Then in 2017/18, the nimble attacker had his best season in the Bianconeri jersey, finding the back of the net 22 times in Serie A including a phenomenal streak of 10 goals in just six matches.

Allegri stuck with the 4-2-3-1 formation for the first half of the season before alternating between several others after the winter break. Higuaín’s strike rate had slightly declined as well, going from 24 goals in his first season down to 16 in his second one. Dybala’s goals were vital in the Bianconeri securing their seventh consecutive scudetto but the club was still not able to improve on its record in Europe.

With the arrival of Cristiano Ronaldo from Real Madrid, Higuaín had to be sent on loan to AC Milan to accommodate the Portuguese forward and that also meant Dybala was no longer going to be the main attacking threat or source of goals for La Vecchia Signora.

Although they have featured in the team simultaneously in a majority of games, they have hardly been directly involved in each other goals. The Argentine forward provided the assist for CR7’s first goal in Juventus’ 2-1 win against Sampdoria in Round 19 of Serie A and the Portuguese striker was only able to return the favor in the 3-0 victory against Frosinone in Round 24.

This season Dybala has played on the right side of a trident attack and the change in position has been detrimental to his form but even in formations where he can play more centrally, he has rarely been able to replicate his scoring touch from previous seasons.

In the 2018/19 Champions League, “La Joya” scored five goals in nine matches, but four of them were scored against Swiss side Young Boys in the group and he scored a hat-trick against the club from Berne when Ronaldo was serving a suspension after receiving a controversial red card in the 2-0 win against Valencia in their opening Group H fixture.

The Portuguese veteran, on the other hand, has been able to develop an almost telepathic understanding with Mandžukić during the 2018/19 campaign. The experienced Croat has scored eight goals and provided seven assists in 24 Serie A matches, with all eight coming in his first 14 appearances.

Three of Mandžukić’s goals were assisted by Ronaldo while the former Croatian international has set-up four goals for CR7 and won the penalty which the former Manchester United and Real Madrid attack scored in the 1-0 win against Torino in Round 16.

Another player that has been able to capitalize on Dybala’s struggles this season is Federico Bernardeschi, who has impressed with his work ethic and ability to play in different roles and formations.

Undoubtedly Ronaldo’s best performance for Juventus so far was in the 3-0 victory at home to Atletico Madrid in the Round of 16 in the Champions League, which allowed the Bianconeri to progress to the quarter-finals.

CR7 scored all three goals against Los Colchoneros but Bernardeschi was also vital in the win, especially with his cross for the first goal and then earning the penalty which allowed the 34-year-old to complete his hat-trick.

Unfortunately for the Bianconeri, they were eliminated from Europe’s elite competition by a youthful and vibrant Ajax team, and it seems that Dybala’s future with the Italian giants is in doubt. He has been linked in a swap deal for Inter striker Mauro Icardi while the likes of Liverpool and Bayern Munich are interested in the Argentine.

Cristiano Ronaldo was always expected to command a lot of attention on and off the pitch but that meant other forwards at Juventus had to compromise their own game in order to accommodate the Portuguese superstar.

Based on this season’s performances, the presence of CR7 has been detrimental to Dybala and it is unlikely that the two can co-exist in harmony while a ball is kicked.