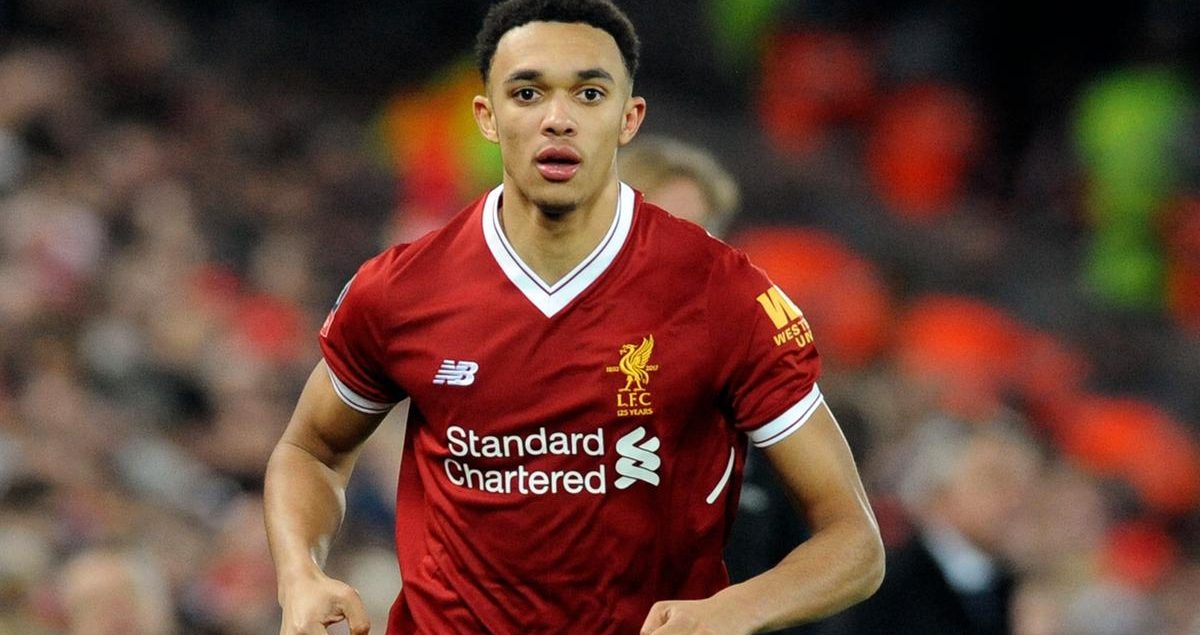 At the start of this season, it seemed like a surefire bet that Kyle Walker and Nathaniel Clyne would be England’s right backs for the upcoming World Cup. However, with the former’s conversion to a right center back under Gareth Southgate, and the latter’s lengthy injury, the right wing-back spot, should Southgate continue with his 3-5-2, will be up for grabs between three players: Kieran Trippier, Trent-Alexander Arnold, and Ashley Young. While it may seem wise to use the weathered, multi-Premier League champion Young, or the “safe option” Trippier, Southgate would be best off gambling on the teenage Alexander-Arnold as his starting right back in Russia.

To begin, let’s get to what the other two options lack. Ashley Young, for one, has spent most of the season as a left back. There’s a chance he may beat out Danny Rose for the starting spot on the left flank, but even less so on the right. For the occasional accurate cross, Young leaves a lot to be desired in the way of creativity and defending. You just have to look at the FA Cup semi-final, where Young gently trots over to cover Trippier. With Christian Eriksen completely unmarked, Davinson Sánchez picks a perfect long ball for the Dane, who crosses it in for Dele Alli to put through. With all due respect to Young’s dedication and work ethic, if England are calling on a 32-year-old failed winger as a source of creativity, then they truly are in dire straits.

Kieran Trippier, who will in all likelihood, start for England, has in fairness, been a reliable replacement for Kyle Walker, but it is clear he is still a downgrade from the Manchester City right back. Trippier lacks the pace and dynamism of Walker, and oftentimes, has been caught lacking on defense. As exemplified by the second leg against Juventus, while Trippier can put in a quality delivery, he leaves a lot to be desired in his positioning. For the first goal, Trippier fails to track Gonzalo Higuaín’s run, instead following Alex Sandro a bit more closely. As a result, Higuaín gets a clear shot, and he makes no mistake in his execution. For the second goal, Paulo Dybala saunters past Trippier, who fails to track his run, and by the time the Argentine makes his first touch, he already has oceans of space to convert, thanks to Trippier’s lackadaisical marking.

It seems attractive to choose either of the ‘safe’ options instead of Alexander-Arnold, who after all, is still only 19. However, if the Liverpuldian does get the nod, it wouldn’t be the first time he’s had to silence the doubters.

It was the first week of April. A few days ago, Wilfried Zaha had tormented Alexander-Arnold all game, leaving many to question whether the youngster was ready for the Premier League, let alone the Champions League. With Leroy Sané, the reigning PFA Young Player of the Year, licking his chops at the prospect of playing against the shaky teenager in the Champions League quarterfinals, it seemed it would be another nightmare mismatch.

Indeed, it was a mismatch…for Sané. Perhaps owing somewhat to Pep Guardiola’s makeshift tactics, Alexander-Arnold was superb throughout, completely nullifying the threat of Sané down the left-hand flank. In the biggest game of his career, he excelled when everyone, including his biggest supporters, assumed he would be torn to shreds and thrown into the lion’s den.

It’s easy to not buy into the hype and assume that Trent Alexander-Arnold will turn out to be just another run-of-the-mill English fullback; after all, we did see a lot of promise from Trippier at Burnley and even Jon Flanagan under Brendan Rodgers. However, Alexander-Arnold has everything it takes to become a world-beater.

As mentioned earlier, Ashley Young and Kieran Trippier can provide pinpoint crosses when needed, and it is clear why Southgate values them enough to call them up to the 23-man squad. However, Alexander-Arnold has a Rolls-Royce of a right foot, while Young and Trippier have a Ford and Lexus, respectively. Seeing his inch-perfect, whipped crosses into the area, it’s scary to imagine where he’ll be in five years, with plenty of more experience and fine-tuning under his belt.

With such a knack for passing, it’s no surprise he has played in midfield on occasion, but right back/wing back should be Alexander-Arnold’s permanent destination for both club and country. With Southgate refusing to put either Jack Wilshere or Jonjo Shelvey on his standby list, England will be lacking two of its best passing midfielders going into Russia. Furthermore, should Southgate attempt for more of a “steel-trap” midfield featuring Jordan Henderson and Eric Dier, England will be in desperate need of a dynamic, versatile player, who can out-sprint 90 percent of the players on the pitch, and out-pass them as well. If Gareth Southgate wants to take the Lions far this summer, he must place his trust in the modern, dynamic fullback: Trent-Alexander-Arnold.