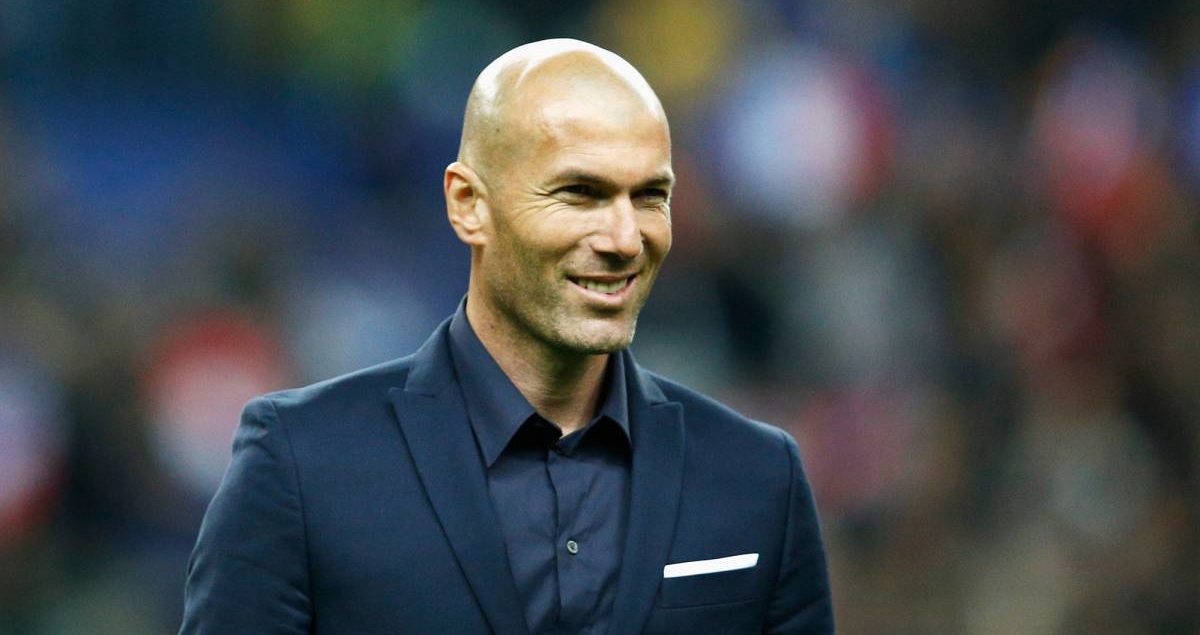 Zinedine Zidane’s return to Real Madrid was heralded as a move that would save the future of the club, and for good reason. In the week that preceded the official confirmation that the Frenchman had chosen to return, Madrid had been heavily linked with another second-coming, of Jose Mourinho. The Portuguese was in advance negotiations with Florentino Perez, but members of the board instead pushed the club’s president to give Zidane his requests, instead of giving Mourinho his.

The eventual decision made sense. Rewind just over a year ago, and Zidane led Los Blancos to their third consecutive UEFA Champions League title, and a fourth in five years, all of which Zidane had been involved in. In fact, Zidane was involved in every Champions League triumph since the club’s ninth – when he scored perhaps the greatest goal in the competition’s history against Bayer Leverkusen in 2002.

He then returned to be the assistant coach to Carlo Ancelotti as Madrid sealed La Decima in 2014, before being the head coach for the following three triumphs. Zidane is not only Florentino’s weakness, but he, like the club, has the Champions League winning formula flowing through his blood. So, it made total sense to entrust him with this necessary rebuild, it made sense to hand Zidane what he wanted.

“I think it’s the moment to go. I also think the players need a change. They’re the ones who fight on the pitch. It’s not easy for them. It’s a demanding club, a club with a huge history and the players are always squeezed. We always want more and more and there is a moment when you think: ‘Well, what more can I ask from my players?’ I want to win and if I don’t see clearly that we’re going to keep on winning, then it is best to change and not do anything stupid.”

Zidane’s shock and sudden resignation was due to the club moving in a direction he didn’t deem acceptable, for Zidane: Cristiano Ronaldo should have remained, Gareth Bale should have gone and a rebuild was to be done on his terms. He wasn’t given that, and so he walked away, albeit, temporarily. The board and most importantly, Perez, were soon to find out they had made the wrong choice, the hard way. The 2018-19 season began without Ronaldo and without Zidane, two winners – Madrid had not only lost its soul, but the club lost its aura, and it was painfully evident.

On the pitch, the results were unbearable. Julen Lopetegui came and went, Santiago Solari brought a brief revival, but the ‘new head coach’ scent quickly faded and the cracks became that much more apparent. Of course, these were the same cracks that showed in the final season of Zidane’s first tenure, winning the Champions League only temporarily masked over the cracks which were obvious as Real lost La Liga by 17 points, finishing third. The position in the table remained the same, but the difference between Real and Barcelona only grew, Madrid lost the 2018-19 campaign by 18 points.

Something had to change, the midfield was old, the defence wasn’t as reliable as it once was, and Madrid had a gap in the squad that was vacated by a man who scored at least 40 goals a season for the last eight – with six of those eight seasons bringing at least 50. That was where Madrid had gone wrong. Short-term planning resulted in this, settling to ride on the success that this golden generation brought resulted in this, and not making ruthless sales and signings resulted in this.

Perez recognised where he went wrong, he swallowed his pride, and decided to approach Zidane. The club needed Zidane way more than Zidane needed the club. The Frenchman was largely responsible for putting together the squad for Jose Mourinho and Carlo Ancelotti, when he worked in an unofficial sporting director role. His vision for talent is unparalleled in the current game, without exaggerating his importance, there’s a chance to make Zidane the Sir Alex Ferguson, or even, yes even, the Johan Cruyff of Madrid. But before that, a revolution of some sort was required, although, please do say that in a hushed tone, as the club won’t want you to call it that.

Before July, signings were made. It was strange, a week commenced which felt as if the rest of Europe stood still, waiting for Los Blancos to do what they do, in a way only they know how. Comunicado Oficials followed Comunicado Oficals, Eder Militao, Rodrygo Goes, Hazard, Luka Jovic, Ferland Mendy and Takefusa Kubo, all signed and announced as Madrid began their rebuild. But Zidane was only just getting started.

Those signings meant the club had close to 40 players registered, but those who were going to leave, were told they were going to leave, as Zidane reportedly told them all to find new clubs. A little over €300m had been spent on the six arrivals and as of 1st July, Madrid have recouped half of that. Marcos Llorente, Raul de Tomas, Theo Hernandez, Mateo Kovacic and Raul de Tomas have all been sold to generate €150m, with players such as Keylor Navas, Luca Zidane, Jesus Vallejo, Nacho Fernandez, James Rodriguez, Gareth Bale, Dani Ceballos, Isco, Lucas Silva, Lucas Vazquez, Mariano and Borja Mayoral also available for clubs this summer. According to Transfermarkt, the value of the players who Madrid still have on the market comes to €297m, which means, if they are sold, the club will have generated a record €447m in the window.

When you sign, you also have to sell to balance the books, that’s according to UEFA’s Financial Fair Play regulations. But fortunately, Madrid are in no danger of falling into the trap of FFP complications.

Here are some of the financial statistics that have been revealed: the club topped Deloitte’s Money League for a record 12th season, earning an annual revenue of €751m during the 2017-18 season. By doing so, they became the first team to break the €750m barrier. Television, matchday and commercial revenue all played a part in that figure, while the club also earned €360m in prize money for their Champions League dominance since the 2013-14 campaign.

The Santiago Bernabeu’s facelift will bring in extra revenue, and they’ve recently signed a new contract with Adidas until 2028, which is reportedly worth €120m a season.

As they look to build what Perez himself coined ‘a dream team’, Madrid are in a very strong position financially. An inflated market forced the capital club to change their recruitment policy, though they won’t be shy from spending record transfer fees for specific targets.

Once the exodus of unwanted goods is complete, Madrid will use their remaining time to seal two midfielders. While Paul Pogba remains the clear demand of Zidane, Christian Eriksen and Donny van de Beek have also been heavily linked with a move, but I believe Pogba will be signed.

Juventus remain Madrid’s biggest rivals on that front, but having signed Aaron Ramsey and Adrien Rabiot, it’s unlikely they add Pogba to the seven midfield options they already have, unless a minimum of three depart. And the question is, will Pogba stay at Manchester United to play Europa League football, when he has already indicated that a ‘new challenge’ appeals to him this summer?

While 2019-2020 will still be a transitional summer, Madridistas will need to be patient. The superb summer business won’t guarantee success, but it should guarantee improvement and competitiveness, but the overhaul and transition isn’t a one-summer task. As reported by Paris United, France Football, L’Equipe, Jose Luis Sanchez and Jose Felix Diaz, Madrid have their eyes set on a move for Kylian Mbappe in the summer of 2020.

It’s a difficult operation, but one Madrid have been working on for a very long time, and Zidane has reportedly taken it upon himself to get the future Ballon d’Or winner to the Bernabeu. It’s a move that is certain to send shockwaves around the continent, and will return the club to the top, where it very much belongs.

With the best president in the business, and Zidane in control, Real Madrid’s future is in safe hands.