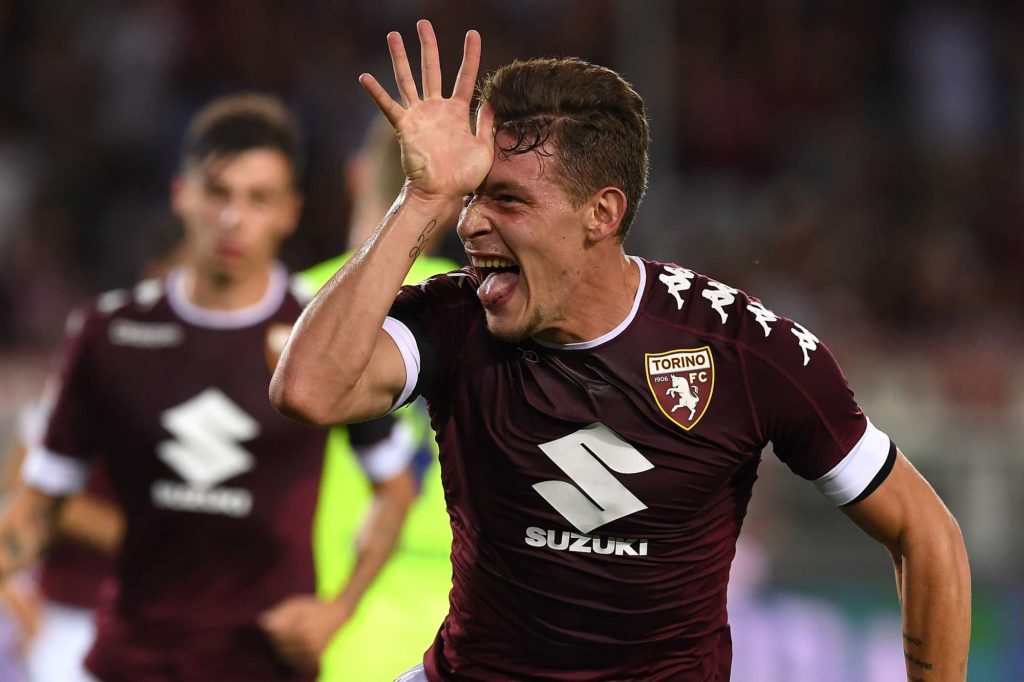 Player Analysis
Following a couple of years where his form dropped off , Andrea Belotti is seemingly firing on all cylinders both with his club and national team again and that is welcome news.
In the aftermath of Italy’s 5-0 victory over Liechtenstein, Belotti exclaimed that playing them “brings me luck”, and that is not something of which the Calcinate born striker has always had much of lately. The 25-year old suffered two knee injuries in the 2017-2018 campaign and missed seven games, including a Coppa Italia quarter-final versus city rivals Juventus. He still managed a somewhat respectable 13 goals in 35 games, but it was a far cry from the previous season, when he racked up 28 strikes in 38 outings and was linked with a number of top clubs.
Last year was one of stabilization for the former Palermo hit-man, as he played the entire season more or less injury free, but it seemed something was missing from him. Now though, so far, Belotti is back with a bang, as he has 11 goals in 13 games for his club and three in two starts with the national team in the current campaign.
Belotti got his nickname after his childhood friend whose last name was Gallo, jokingly told him he should celebrate whenever he scored a goal by mimicking a rooster’s comb with an open hand to his forehead. A joke turned into reality and the Torino man has been using the ruse at football grounds all around Italy and Europe.
The striker who has been known to score the spectacular overhead, had a trial with Atalanta as a youth, but after not making the standard at La Dea, he was picked up by Albinoleffe. La Celeste were in Serie B at the time, and Belotti made his debut with the club at 17 and it was not long until his talent was beginning to get noticed. He moved on to Sicilian outfit Palermo, and was their third top scorer with 10 goals in 24 matches, as the Rosanero won the 2014 Serie B title and promotion back to the top flight.
He spent one full season, until his current club Torino snapped him up for a bargain price of just eight million euros. He has since gone on to be the leading scorer in all four campaigns at the Piedmont club, became club captain and made his international debut.
Not bad for a striker who’s talent has been doubted in his younger days huh?
Whatever he “misses” in raw talent, Belotti more than makes up for in other areas of his game. His hold up play is fantastic, which he commands with his strength, he is good in the air and with a decent technique, he is quick with the ability to skip past covering defenders and he can score with either foot. What really makes him stand out is his relentless work-rate, as whether with Torino or Italy, he often is deployed as a lone striker, but presses and chases the opposition defenders like a dog going after a bone.
If you are in the defensive third of a game in which he is the opposing team’s striker, you can’t rest on your laurels with Belotti sniffing around looking to pick up a loose ball, and either attempt to score himself or lay it off for a teammate. Former Milan & Italy manager Arrigo Sacchi said “He’s an example because God did not bless him with huge talent, but with greater values like generosity, enthusiasm and passion.”
Andrea “il Gallo” Belotti has displayed all those attributes and then some so far this season and he is back crowing again at the top of his lungs.
By: Vijay Rahaman
Share:
Twitter Facebook Email LinkedIn Google+