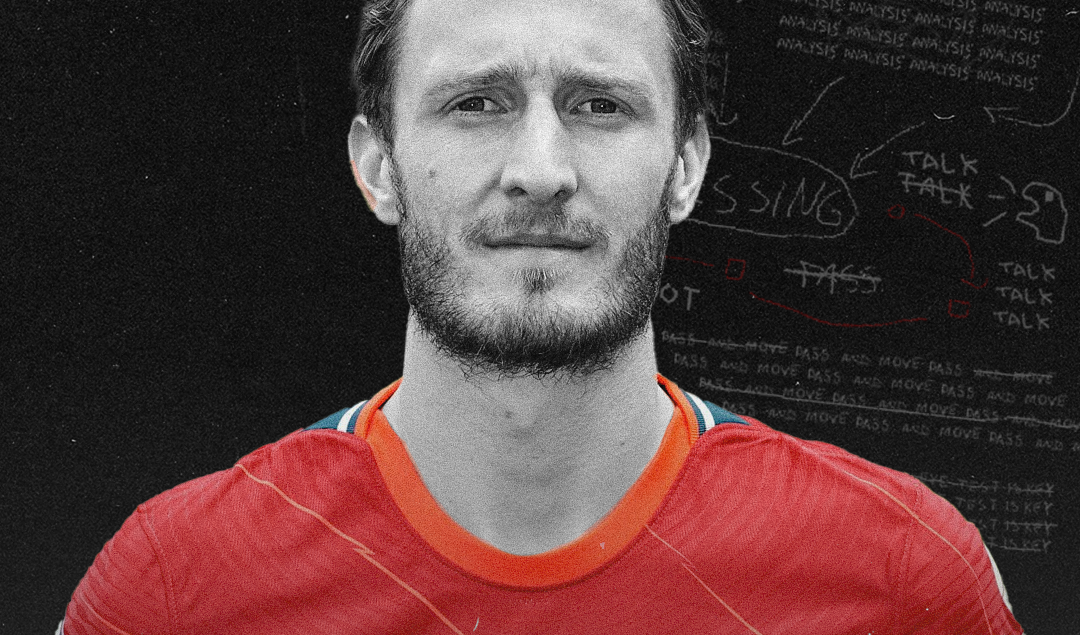 One year and a half after leaving boyhood club Preston North End for Liverpool, Ben Davies has joined Europa League finalists Rangers for £4 million and will play in European competition for the first time in his career at Ibrox, where he’ll attempt to fill a Calvin Bassey-sized hole in defense.

Born in Barrow-in-Furness, Cumbria, England, Davies joined Preston’s academy at 11 years of age and progressed through the ranks before making his first-team debut at 17 years old in January 2013. Loan spells at York City, Tranmere Rovers, Southport, and Newport County followed, but it was at Fleetwood Town where Davies finally made the step up and staked his claim that he was ready to play regularly for PNE.

Whilst Davies looked on the cusp of joining Fleetwood on a permanent deal in 2017 following an impressive loan spell with the Cods, but the appointment of Alex Neil following Simon Grayson’s departure to Sunderland changed the club’s course. Instead, the new Preston manager gave Davies a string of opportunities to impress in preseason, which Davies grasped with both hands.

How Luton Town Defied The Odds with a Moneyball Approach

A centre back of trade, Davies often played as a left back in prior loan spells — not at Preston — and this equipped him with vital attributes to become a ball-playing centre back. Able to carry the ball into midfield and help the defence transition into attack, Davies’ modern style mixed with Neil’s fast-paced counter-attacking football was a match made in heaven for Preston North End.

With consistent first-team action, Davies grew as a player and became one of the best centre halves in the Championship at the time of his departure for Anfield. Confident in progressing the ball forward and spreading possession with cross-field diagonals whenever needed, aggressive in ground duels and shrewd in positioning, Davies was a force to be reckoned with at Deepdale.

If the ball did manage to break the defensive line, Davies’ pace enabled him to track back and make a vital interception or tackle, whilst his high footballing IQ gave him the ability to read the game and picture what the next move will be, constantly remaining one step ahead of attackers.

With Liverpool hamstrung in central defense following an unprecedented injury crisis and in need of budget-friendly options, the Reds signed Davies on February 1, 2021 for an initial fee of £500,000 plus £1.1 million in performance-related add-ons, with Sepp van den Berg heading the other way on loan, whilst Ozan Kabak arrived on loan from Schalke.

The Sleeping Giant of Lancashire: How Preston North End Can Take the Next Step Under Ryan Lowe

With Jürgen Klopp sticking with Rhys Williams and Nat Phillips in central defense, Davies was unable to make an impression, and with Virgil van Dijk, Joe Gomez and Joel Matip recovering from injuries, the writing was on the wall for Davies, who joined Sheffield United on loan for the 2021/22 season.

In need of a fresh start in his career, Davies joined another club looking for a clean slate: Sheffield United. After finishing last in the Premier League and ending a two-year spell in the top-flight, Davies picked up where he left off in the EFL Championship and was praised for his performances at Bramall Lane despite making just 21 appearances for the Yorkshire side.

A step back into regular first-team football after not playing for six months at a high level would take some time, but this didn’t stop Davies from recording some impressive statistics following his performances for Sheffield United in a transitional season following legendary manager Chris Wilder’s departure the previous year. 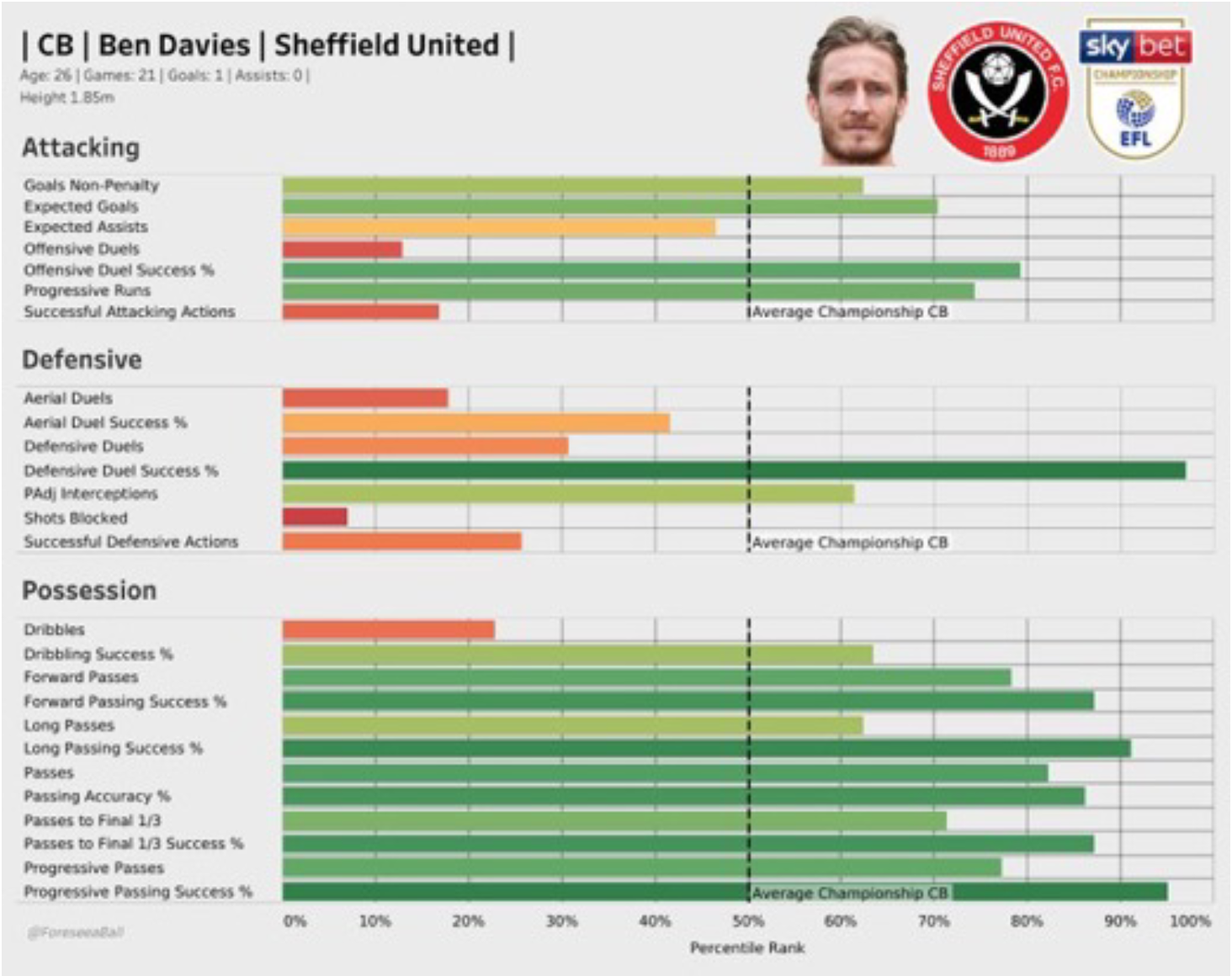 Davies stands out amongst Championship center backs in the 2021/22 season with the defender doing well above average in possession statistics such as dribbling success, forward passing, long passing and progressive passes. These ball-playing attributes allowed him to impress for a possession-heavy side like the Blades, and they should translate well to a similar team in Rangers.

He is capable of allowing his side to play out from the back amid pressure from the opposing side and control the first phase of possession, with the 26-year-old holding his own in 1v1 duels and getting the better of much stronger and taller forwards in ground duels.

At 6’1″, he does struggle in aerial duels but with a seasoned defensive partner like Connor Goldson, Davies can focus more on other aspects of his game without being tasked with winning every single battle in the air. Rangers fans will be sore to lose another key player after the sale of Joe Aribo to Southampton, but Davies has what it takes to be a fan favorite and a success at Ibrox.

Preston will receive 20% of his transfer fee, an additional £800,000 that will be greatly appreciated by manager Ryan Lowe as he looks to bring in more players through the door at Deepdale, and final gift to Preston North End by a player who their fans can proudly call one of their own.