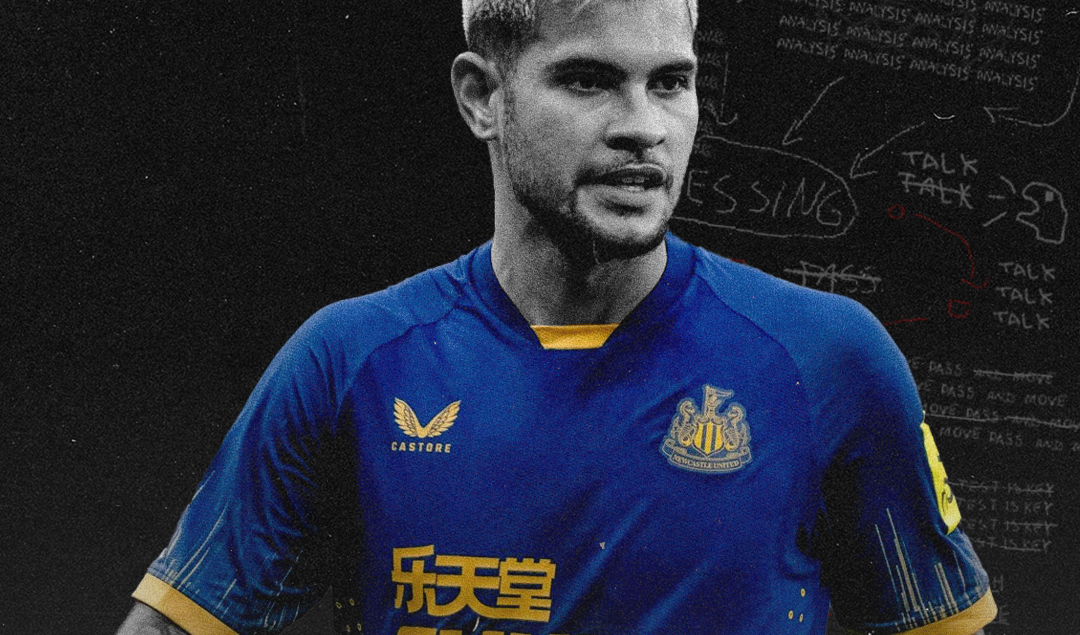 It’s no secret that Bruno Guimarães is one of the Premier League’s best midfielders. The 24-year-old, who joined Newcastle United from Lyon for £40 million in January, has flourished at the base of Eddie Howe’s 4-3-3 and finds himself on the bubble of Brazil’s World Cup squad as a result.

“He’s absolutely a bargain because he’s had a huge effect on the team and the club,” Howe told The Northern Echo earlier this month. “I’ve coached some really good individuals, but he would be right up there. He’s an incredible talent and an incredible person. We love him to bits, and we’re enjoying watching him, coaching him and playing a part in his development.

“It’s an amazing thing for us to have him, it’s not just the player, it’s the person as well. I can’t say how good a person he is, he’s a pleasure to coach and be around. He’s a really positive person, an energiser, and someone I love to coach and be with. I think everyone here connected with the club – me, the players, the supporters – absolutely love him.”

It’s easy to see why Guimarães became so popular so quickly on Tyneside. Let’s start with his standout quality, ball distribution, and work down the list. The Rio-born midfielder is an elite passer, who has amassed 1,934 minutes of Premier League experience – mainly as a single-pivot. He is primarily responsible for directing traffic on the transition, shifting play from defence to attack with Newcastle’s first line-breaking play.

Guimarães doesn’t record many assists as a result, but advanced statistics provided by Wyscout make his playmaking influence jump off the page:

His key attribute is passing into the final third.  Guimarães has maintained an 83 percent accuracy rate for balls played into the final third, one of the hardest actions for a midfielder to complete, since his professional debut in 2017. It’s a crucial part of his toolkit and effectively underwrites his quality as a playmaker.

However, that isn’t to say that the 1997-born distributor is uninfluential in the final third. He provided an exceptional assist to Miguel Almiron in a 4-1 win over Fulham earlier this month, clipping a first-time through ball over the defence to set his Paraguayan teammate free in the penalty area:

Guimarães also applies his exceptional technique in other areas, notably with tricks and flicks. While he isn’t especially quick off the mark, the former Athletico-PR midfielder frequently combines his powerful stride with an intricate style of ball-carrying to facilitate his playmaking. He rarely dribbles, but is effective when he does – as demonstrated in Newcastle’s 1-1 draw with AFC Bournemouth in September:

Guimarães has averaged 3.26 dribbles per 90 since debuting in the Premier League, completing 55.7 percent of his attempts. He also has an eye for the spectacular, utilising his skill to score an acrobatic backheel in a 2-1 win over Southampton at St Mary’s:

However, there is more to Guimarães than his ball-playing ability: he is seriously underrated as a defensive asset. Per FBREF, he ranks in the top ten percent of big five league midfielders for tackles and bocks – but that only scratches the surface of his quality as a destroyer.

The Brazilian’s awareness as a playmaker translates directly into his defensive effectiveness. Just as he scans the pitch when he is about to receive the ball, he constantly surveys the field while completing defensive assignments.

In addition to his effectiveness as a presser – which he demonstrated as part of a double-pivot in Lyon, he defends all situations intuitively and has won 64.6 percent of his defensive duels since switching to the Premier League.

Guimarães was excellent in Newcastle’s 2-1 recent victory over Tottenham Hotspur, providing four interceptions, four clearances, and eight ball recoveries. His performance was punctuated with three important defensive interventions, each of which revealed a new layer of quality.

Spurs have possession in the opening exchanges and are moving it unopposed across their defensive line. Just as Charles Lenglet (TOT34) receives the ball, Son Heung-Min (TOT7) spins into a pocket of space between the lines. Guimarães (NEW39) spots the danger and forces a turnover.

It’s the 39th minute and Newcastle hold a surprise lead. They had possession in Tottenham’s half, but hand it back after an overhit cross. Emerson Royal (TOT12) tries to break out with a pass down the right flank, but is thwarted by Guimarães.

We’re into the closing stages and Spurs are pushing for an equaliser. Rodrigo Bentancur (TOT30) has the ball and wants to progress into the final third. However, Guimarães blocks the passing lane and is well-placed to end the attack.

Guimarães once referred to himself as a “piano carrier” in an interview with Globo. While that description doesn’t scratch the surface of his offensive quality, it reflects his appreciation of playing solid defence. “I am a good passer and I use my intelligence,” he told the Brazilian publication. “I always like to have the ball with me but I also enjoy robbing it from opponents and going forward.”

The former Lyon pivot is therefore a perfect example of the rarest type of midfielder. Despite developing a reputation for being a world-class playmaker, he is also a gifted ball-winner. He is both efficient and eye-catching – a combination that will take him to the very top of the sport.

If there was ever any doubt, Bruno Guimarães has proven himself to be a remarkable talent with Newcastle. His ceiling, much like that of the club he represents, is very high.