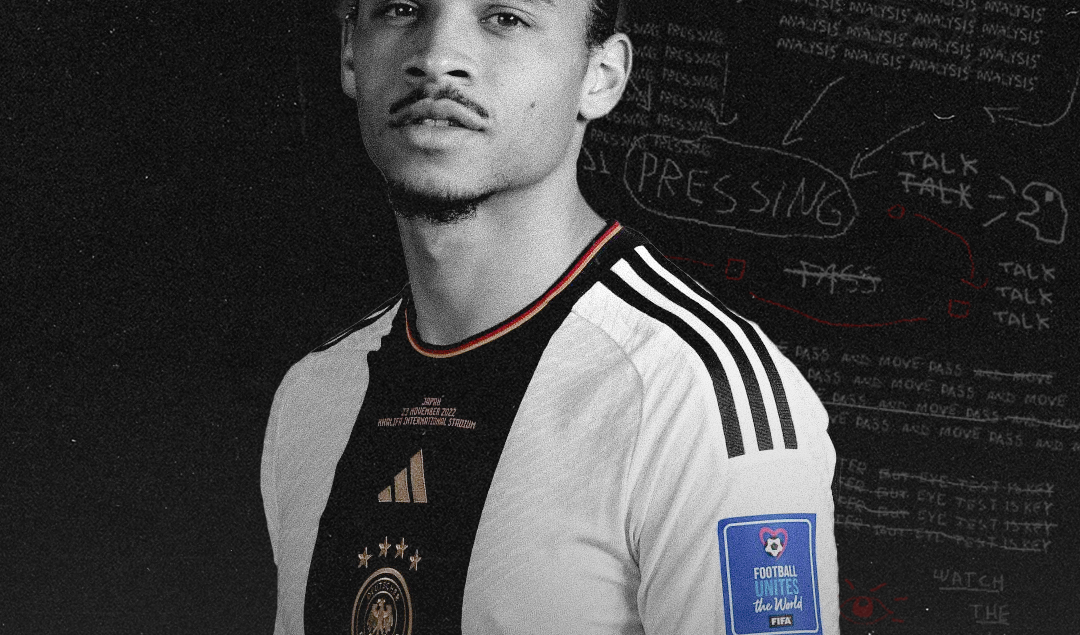 Four years after missing out on a spot in the 23-man Germany squad for the 2018 FIFA World Cup, Leroy Sané may yet get his chance to perform on the biggest stage in world football this year. Sané, still just 26 years old, has an illustrious wealth of experience at the game’s highest level, winning six domestic titles across his time at Manchester City and, now, at FC Bayern München, but he has yet to make a mark in the biggest competition in sport.

Germany’s well regarded, World Cup-winning coach Joachim ‘Jogi’ Löw remarked at that time that, while it was a difficult call, he decided to opt with Julian Brandt for Russia 2018 as he felt Sané wasn’t quite ready for the international stage. This came as quite shock to Germany supporters, but primarily as a huge disappointment to Sané, who had finished the 2017/18 season as a Premier League title winner and had won the PFA Young Player of the Year award, becoming the only German to ever win the accolade.

In addition to this, Sané played 32 of the 38 league games for Pep Guardiola’s ‘Centurions’ side and was directly involved in 25 goals — only his teammate, Kevin De Bruyne (16), amassed more assists than Sané (15). In brief, Sané could have felt righteously aggrieved at Löw’s decision to omit him from the squad. This is even further evidenced when comparing Sané’s stats from 2017/18 against Brandt, who was given a spot in Russia.

Whilst Sané missed out on an inclusion in the squad, Löw selected Timo Werner, Julian Draxler, Mario Gomez, Thomas Müller, Mesut Özil, and Marco Reus, and his Die Mannschaft side would suffer a dismal campaign that would see the reigning champions exit the group stage after losing to Mexico and South Korea. Another impressive season followed for Sané who won a second straight Premier League title at the Etihad, but he would miss the entirety of the 2019/20 campaign after tearing his ACL before joining Bayern Munich for an initial €45 million with add-ons rising to a potential €60 million.

Despite all of his accolades, his situation at Bayern has looked precarious at times. Rumours have circulated during his time at the Bavarian giants that his attitude has been a cause for concern at times, as well as his injury record but Bayern boss, Julian Nagelsmann has asserted his desire to keep Sané at Bayern. He believes that he is crucial to his plans and that he provides a different threat to other attacking options Bayern have at their disposal.

Sané has elite athleticism and technique that is not matched by many wingers in world football. He is comfortable on either wing and has an irrepressible quality to change the game in a way that other Bayern players can sometimes struggle with, although these qualities have not always shown on the stat sheet, with the winger struggling to impress in his debut campaign in Bavaria with 10 goals and 12 assists in 44 appearances, before following it up with 14 goals and 15 assists in 45 appearances.

This season, while Sadio Mané, Jamal Musiala and Serge Gnabry have all been preferred at times over Sané, he does have eight direct goal involvements in just eight Bundesliga starts, reflecting a very strong start to the season for him. It is, however, very apparent that Sané’s injury record has reflected a clear blight on his career to date. He missed an entire season in 2019/20 after a serious ligament injury in the Community Shield against Liverpool and has missed games this season with Torn Muscle Fibre for Bayern.

Consequently, there was a race against time for Sané to be fit for Germany’s opener against Japan, a race that he did not win, and subsequently Germany were shockingly defeated in one the tournament’s biggest upsets so far. The dream is still alive though. Spain and Costa Rica await Germany in the two following group games and Sané will be racing not only to be fit to play but also to affect the remaining group games and provide some attacking thrust for Hansi Flick’s Germany.