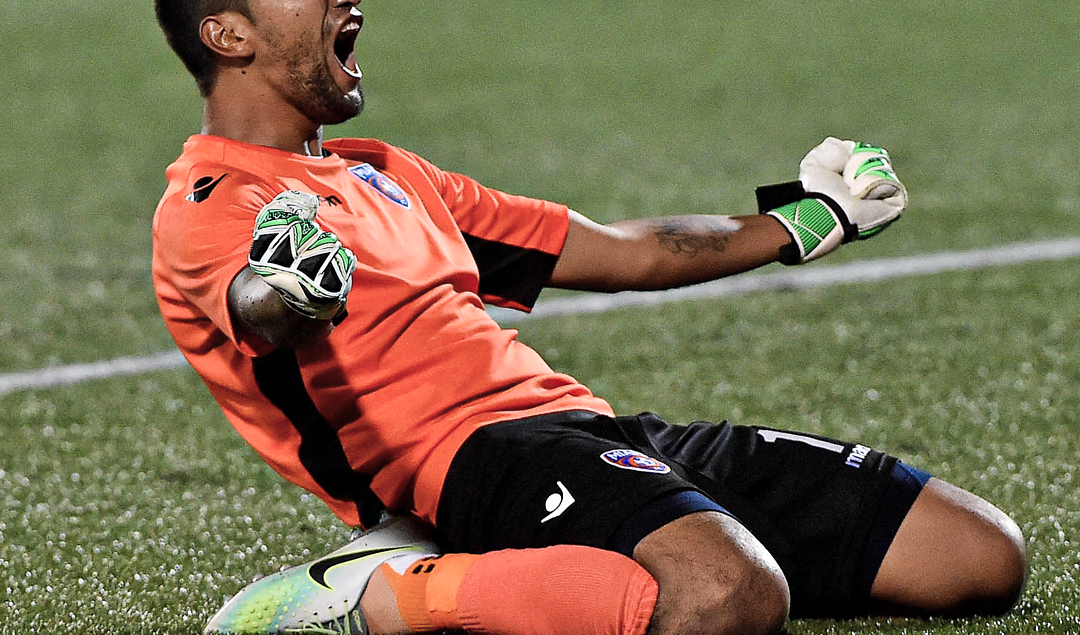 This story ends, at least for now, in San Jose. What you might not realize, however, when you watch Daniel Vega put out performances between the sticks for the San Jose Earthquakes in MLS, is the strange journey across the world which led him there.

Having moved to the historic Argentine club from Nueva Chicago in 2007, Vega reached the top stage of the world’s game upon arrival at River Plate. The Cutral Có born goalkeeper, however, didn’t manage a competitive appearance for the club until late 2008, when he managed the last 23 minutes in a 1-0 loss to Gimnasia in October. He wouldn’t manage a win until a 1-0 win over Independiente that November.

The patience would pay off, with Vega becoming an essential part of the River Plate squad across various competitions. 2009 and 2010 would bring 21 and 33 appearances respectively. Both seasons would be complicated ones, however, with Vega conceding 68 goals across those 54 matches, managing 14 clean sheets in that same window. Not the form that River Plate supporters may have wanted; it didn’t stop Vega from forming a respectable resume at the club.

River Plate would finish 14th and 13th place respectively in those two prominent seasons for Vega.

A struggling keeper, however, is all too easily replaced. By the 2011 River Plate had found new direction and Vega was out of favor. The new era would get to a bad start, seeing River Plate relegated to the second division for the first time in its history in 2011.

Vega would make the bench 20 times, never making a competitive appearance. 2012 would improve and the Argentinian would make fourteen more appearances for the club in the second division, earning a 5-7-2 record.

Vega would oversee one of the club’s darkest periods in both the first and, quite notably, second divisions of the Argentine game. The period would provide the keeper with both the highest profile and the greatest challenges of his career.

The troubles would set a precedent for Vega, capable of playing at high levels, but frequently struggling to sustain a position at said tiers.

By the time 2013 had arrived, Vega’s up and down journey with River Plate would come to an end. And that, believe it or not, is where things get interesting.

Despite a rough end to his time in Buenos Aires, Vega would take on a new challenge by joining Anorthosis Famagusta. The Cypriot club may not ring bells like the more legendary sides of Europe, but with the upper table of the Cypriot first division frequently contributing clubs to the Europa League and Champions League, the move provided a step in the right direction.

Having finished second the year before, Vega’s single season with the club provided a high bar to meet. The club would instead finish sixth, right on the inside edge of the championship portion of the table which competes for the top spots after the initial season is over.

Vega played 14 matches for the club that year, one as a substitute, managing a 6-4-4 record. His 16 goals allowed were not the highest of resume additions, but it was enough to ensure the keeper start the majority of the season, only missing 11 of their regular season matches.

Vega would go on, however, to miss the entire championship group portion of the season, in which Famagusta lost dramatically, managing a win and a loss across an otherwise dreadful stretch of ten games. Vega would play once in the next season, a 2-0 loss to APOEL, before embarking on his next adventure.

Cyprus proved a complicated home for the Argentinian, a land of poor and great results alike. The European journey ended with Vega playing the role of bench warmer. With yet another big break going sour, Vega’s next move was, if nothing else, interesting.

Vega would trade the island life in Cyprus for the beaches of Miami, joining the recently formed Miami FC. The club played in the NASL, the same second division league that the likes of the New York Cosmos, Minnesota United, and the Tampa Bay Rowdies called home.

Owned by Riccardo Silva and Paolo Maldini, the club provided Vega a new, if slightly less competitive, arena to prove himself.

The NASL played spring and fall seasons, with a playoff period amongst the top sides from both seasons ending in one club winning the Soccer Bowl.

The spring of 2016, Vega’s first with the club, would prove his hardest in the NASL. The club would win just one of their ten matches, earning seven points overall. A vastly improved Fall season would 33 points to that count, but the club would still end up midtable on the end of the year combined standings.

Vega played every single one of those matches, only not appearing in the club’s one game U.S. Open Cup run against the Wilmington Hammerheads. With ten clean sheets in tow, Vega would concede 42 goals from those 32 matches. His heaviest loss would come from a late October 4-0 thrashing from the New York Cosmos, who would go on to win the Soccer Bowl that year.

Miami would find a new lease on life in 2017, finishing in first for both the Spring and Fall seasons. While a 5-6 loss in a penalty shootout with the Cosmos would rob Miami of a shot at the Soccer Bowl, eventually won by the San Francisco Deltas, the season would shine a bright light on the club’s potential.

The stats for Vega got better too. He conceded just 34 times in 38 games, keeping 17 clean sheets across all competitions. Miami also had a long run in the U.S. Open Cup, defeating the Tampa Bay Rowdies and two MLS franchises, Orlando City and Atlanta United, on the way to a quarter final appearance. Vega was there for it all and didn’t miss a single minute of competitive play.

Vega’s form at Miami FC was impressive if nothing else, frequently achieving great highs, particularly in 2017. Vega wasn’t the reason 2018 would take a turn for the worst. Most would argue that Miami FC themselves weren’t even the reason. With all that said, by the time 2018 rolled around, the NASL was dead. Miami were without a league.

With the NASL gone, Miami FC still needed a place to field a team and keep the ball rolling. The club announced it had created “Miami FC 2”, a reserve side that would play in the National Premier Soccer League (NPSL), a primarily amateur league that often hosted college talent in the summers. Ever a trooper, Vega stayed in the squad through their first NPSL season in 2018. They won their conference and region, before Vega helped them past Duluth FC in the national semi-finals and past FC Motown in the final.

It was an unexpected run of success for the keeper, who found himself winning three trophies in one summer, even if they ranked somewhat lower than he may have aimed.

Amateur ball, however, wasn’t Vega’s goal, and despite Miami continuing to run as a professional side, the Argentinian was presented a chance to climb back into the mainstays of US soccer by joining the Tampa Bay Rowdies for the end of their 2018 USL season.

The USL, the only remaining second division league after the end of the NASL, provided Vega with ten matches to show the professional circuit he was still relevant. His 4-2-4 record was mild but positive. Vega, however, wasn’t done climbing his way back up the American pyramid.

Vega would be signed by the San Jose Earthquakes on January 18th, 2019, becoming part of a reworked Earthquakes squad that looked to play good football while earning points more consistently than past seasons. That new-look San Jose squad was led by a new manager, Matías Almeyda.

Almeyda had had three managing stints before arriving at MLS, one of which at River Plate. Almeyda, in fact, was the new direction mentioned previously in this article. Arriving in 2011, his tenure had left no room for Vega after a rough 2010. Now, however, the Azul, Argentina born manager was looking to use Vega as the defensive core of his squad.

Vega would play all of San Jose’s 2019 MLS season, only missing out on their two match U.S. Open Cup run. While the club’s 13-5-16 record was far from the league’s best or the franchise’s goal, it left them just four points shy of the final playoff spot in the western conference.

The Earthquakes greatest sin was starting and ending the season poorly, enough so that it ruined the strong point tally they had managed from April through July. The club lost its opening four matches, three of which at home.

An unfortune sequel to this form would arise in the last six matches of the season, which the club lost all of, though all but two were lost by a single goal margin. The inability to seal the late end of the season left San Jose out of a playoff zone they had otherwise well earned their place in and left an unfortunate Asterix on what had for most come across as a positive first season in MLS for Vega.

When considering the struggles the franchise had had in the past, finishing the worst team in the league the year before with just 21 points from 34 games, Vega’s almost great season with the Earthquakes still seems above par.

Jamon Moore, an analyst at Quakes Epicenter, discussed the fact that the Argentine’s first season in MLS has been a mixture of highs and lows.

“He had a couple big howlers. Outside of that, people felt he was a step up,” Moore explained. “When he decided to distribute rather than boot it long, it worked better, and he got better at doing that after a few games.”

Moore also said that while Vega has not had a perfect start at San Jose, there are signs he’s helped the side develop and can be a big asset.

“Asking a keeper to manage man-marking schemes instead of a back four will force him to learn new things,” Moore continued. “It’s tough to have anything to compare it to since no one else does it… He brought some things that the team didn’t have before.”

Daniel Vega’s career has been a tale of ups and downs, taking the keeper from one of the top clubs in South America to a chance at Europe, a fall to the amateur level in the United States, and a rise back to the upper tier in California.

How the next years will play out for the Argentinian is yet to be seen, but if it’s anything like the last decade, it’ll be worth watching.