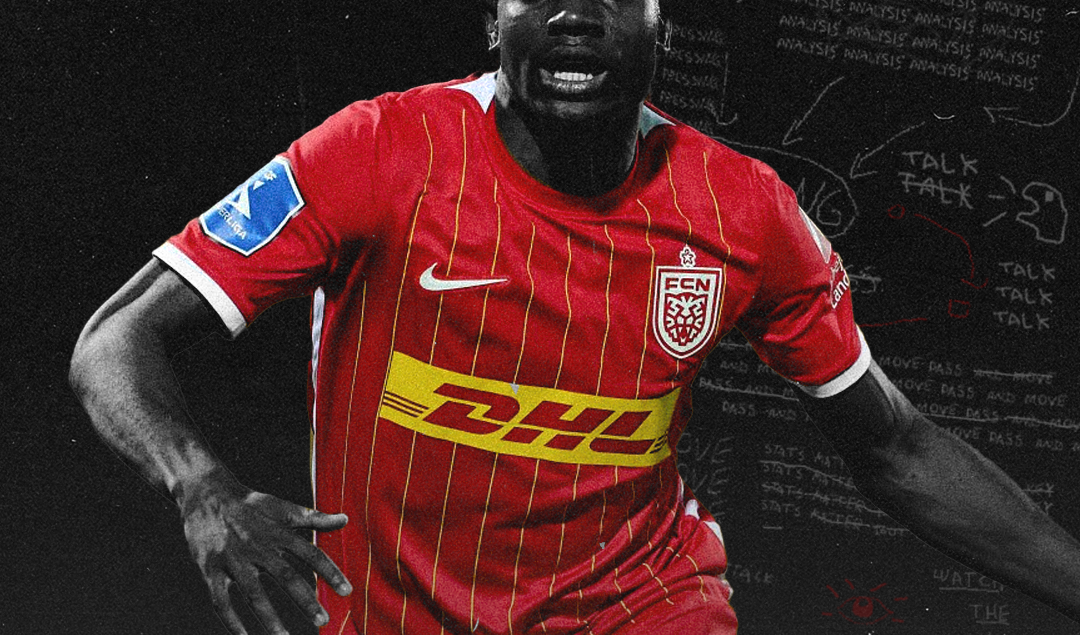 Countless boys in West Africa enroll in football academies, giving up on an education and splurging the family savings in their quest to establish a career at one of Europe’s top teams. Yet many of them are duped, taken abroad, and dumped by unscrupulous men posing as agents, according to activists. Tom Vernon, founder of Right to Dream (RTD) football academy in Ghana and owner of Danish Superliga club FC Nordsjælland, is striving to end such exploitation by offering a safe route for young African footballers with dreams of making it in Europe.

The club is credited with giving African footballers the opportunity to hone their skills in Europe. The likes of Simon Adingra, Lasso Coulibaly, Mohammed Diomandé, Abu Francis, Adamo Nagalo and Maxwell Woledzi are all young African players that have gone through the club. Ghana has had its share too with, Kamaldeen Sulemana, Mohammed Kudus, Francis Abu, Maxwell Woledzi, Ibrahim Sadiq, and Clinton Antwi. The latest Ghanaian player to join the fold of FC Nordsjælland is Ernest Nuamah.

Goals win matches and prolific goal scorers are hard to find, which makes the emergence onto the scene of Ernest Nuamah an exciting proposition. The young 19-year-old may be tender in years, but he is already showing signs of being deadly in front of goal, to the delight of the Nordsjaelland fans he plays for. He was born and raised in Asafo, a suburb of Kumasi, Ghana’s second city, and has been working his way up through the ranks of Right to Dream Academy and is considered to be one of the brightest talents of his generation.

After an impressive run at the academy, Ghana legend Michael Essien recommended Ernest Nuamah to the technical team of FC Nordsjaelland and it didn’t take time for them to be convinced of the teenager, this clearly shows how good he is. He is a player who knows how to create chances and can play across the front three. The talented forward from Asafo was monomania with football as a kid, he is named after Lionel Messi and just like the Argentina legend, Nuamah has shown his ability to control and dribble past defenders with an elegant style.

Mohammed Kudus’ Journey To The Top

For those aware of his talent and upbringing especially the footballing fans in his locality it was a piece of refreshing news to have such a talented youngster joining one of the country’s biggest football academies.  In January 2022 the young sensation made a mega move to the Danish club, remarking:

“It is a great chance for me and I am looking forward to it. At the moment, it is about getting playing time and sticking to the team and I hope to win more titles with FC Nordsjælland. I would like to thank everyone at Right to Dream who made this dream possible, without them I would not have been here.”

He made his debut for his new club on 10th April 2022 when he came on in the 67th minute to score an 84th-minute goal in 2-2 draw to Aarhus GF, picking up the team’s Man of the Match award at the end of the game. After just a few months at the club, the Ghanian began to collect praise from not just the fans, but manager Flemming Pedersen, who stated:

“Ernest is first and foremost a dribbler. He is incredibly fast, has a huge acceleration, and a good agility. He is primarily left-footed, but can also use the right. He is a great individualist with tremendous power, who has great potential to also become a skilled team player.”

The coach and the fans were pleased with his performance, they knew he has a lot of development to experience in his career. Due to his ability to score and create goals, he was capable of playing in several offensive positions, on either the wing or free central role. Despite primarily being a creative player, who was renowned for his passing, vision, and playmaking ability, he is very sharp at goal and his goals have mostly come from his deadly left foot.

In the 2022-2023 season, the Ghanaian youngster has been very instrumental, after his impressive form in the month of September in the Danish league, he was elected as the Young Player of the Month, he became the third Nordsjaelland player to win the award in a row. Wearing the #37 on his back, the left-footed forward has registered five goals and four assists in 16 games in Denmark’s top-flight and led to interest from various clubs across Europe, and it could see him earn a maiden Black Stars call-up in 2023.

A speedy, agile dribbler who is capable of carving out chances on the counter and finding the back of the net, the Kumasi native could become the next Ghanaian player to take their first steps in European football at FC Nordsjaelland and earn a big move after Kamaldeen Sulemana, Abdul Mumin and Mohammed Kudus.